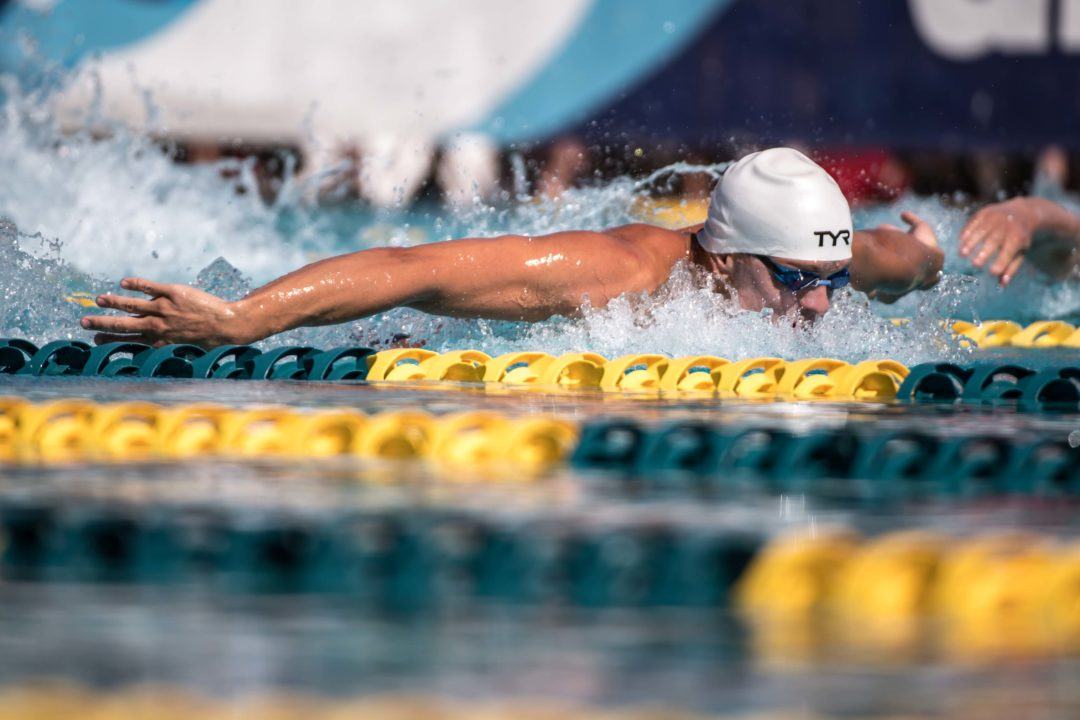 Femke Heemskerk got things off to a quick start, cruising to a 54.07 in the women’s 100 free. She was well ahead of Hang Yu Sze‘s 54.81. Both will undoubtedly be put to the test in finals, where they will be met by world record holder Sarah Sjostrom‘s 50.58 entry time and Ranomi Kromwidjojo close behind at 51.14.

Katinka Hosszu again opted to race prelims in the 100 back. She touched in a commanding 57.77, followed by Maaike de Waard in 59.28. Finals will include Emily Seebohm — entered with a 56.48 — who took second to Hosszu in yesterday’s 200 back final.

Click the link above for full results, and finals will begin at 6 p.m. local time.

Anyone who swims a 1650 Fly will have a piano dropped on them.

It’s SCM. There are no pianos.