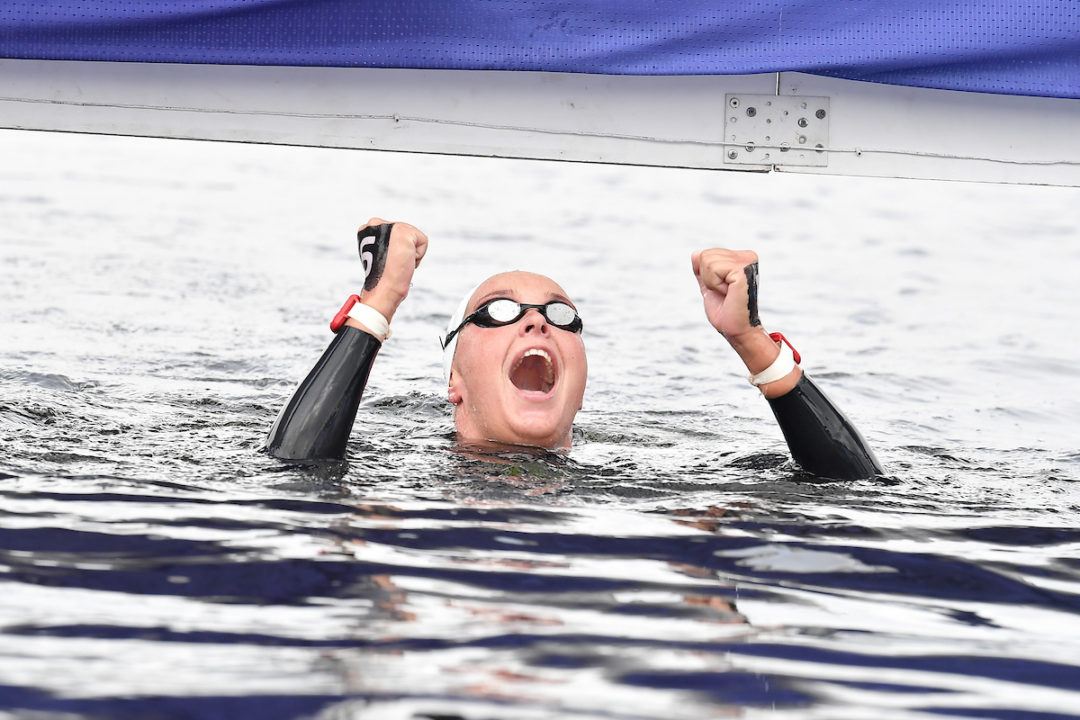 Sharon van Rouwendaal won the "Queen of the Sea" open water elite event over the weekend in Rio. She competed in a 500m, 1km, and 1.5km race for the crown. Archive photo via ndrea Staccioli /Deepbluemedia /Insidefoto

“It was very special. I was looking forward to coming to Rio,” Van Rouwendaal told TV Globo. “Yesterday I was a little sick, I didn’t know if I was going to compete, but I felt really strong today. People here make us feel special, they like open water competitions”

Jungblut was the runner up, while Cunha came in third during the elite event. Only women were allowed to compete overall at the competition, and the other seven people who competed in the event were elite athletes Samantha Arevalos, Cecilia Biagioli, Rachele Bruni, Cibele Jungblut, Betina Lorscheitter, and the winners of the earlier 1km sprint and 2km race, Nathalia Almeida and Gabrielle Roncatto.