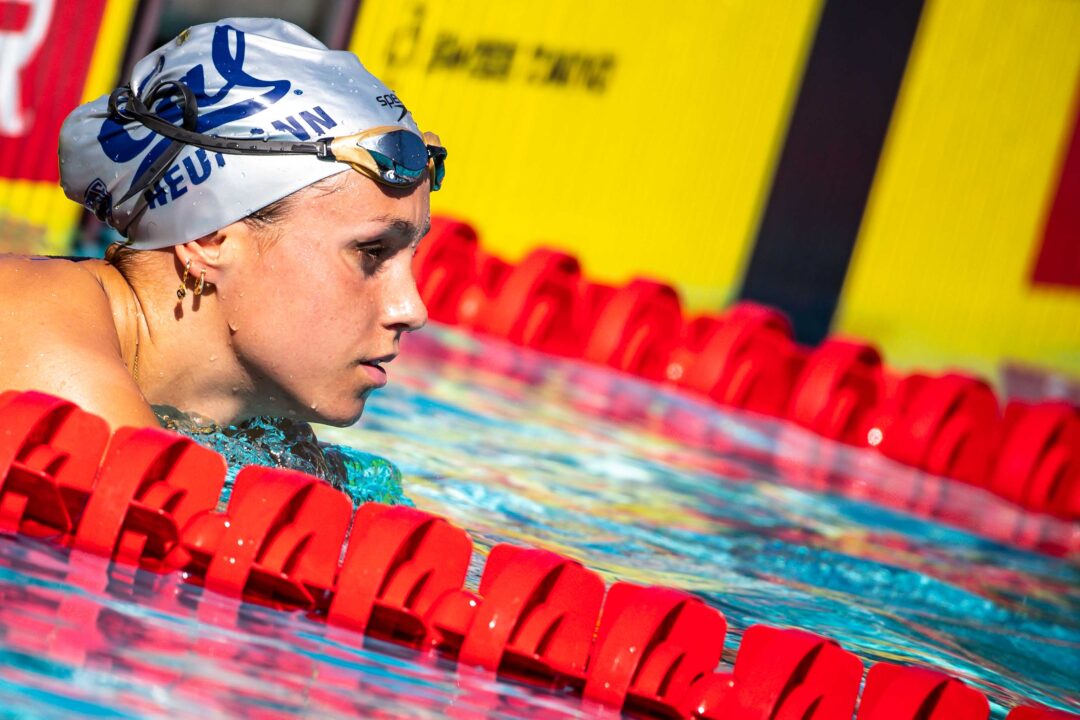 Emily Gantriis, Alicia Wilson, Ema Rajic and Robin Neumann are the four members from Cal's 2020-21 roster that will be competing in Budapest. Archive photo via Jack Spitser/Spitser Photography

Cal will be well represented at the European Swimming Championships this week with seven Golden Bears – past, present and future – set to compete in the meet that begins Monday in Budapest, Hungary.

Full coverage of the championships can be found online through the LEN European Aquatics Championships website.

In addition, two incoming freshmen will represent their home counties – Fanni Fabian (Hungary) in the 200m free and 400m free, and Lea Polonsky (Israel) in the 100m and 100m free and 100m and 200m breast. Marina Garcia, Class of 2017, will swim both breaststroke events for Spain.

The Cal group enters the meet with plenty of international experience. Gantriis previously earned a bronze medal in the 400m free relay at the European meet in 2018, while Neumann secured a bronze in 2016 in the 800m free relay in 2016. Wilson, the 2019 World University Games gold medalist in the 200m IM, has qualified for the British Olympic team for this summer’s Tokyo Games in the 200m IM, with both Garcia and Neumann having represented their countries at the Olympics, as well.