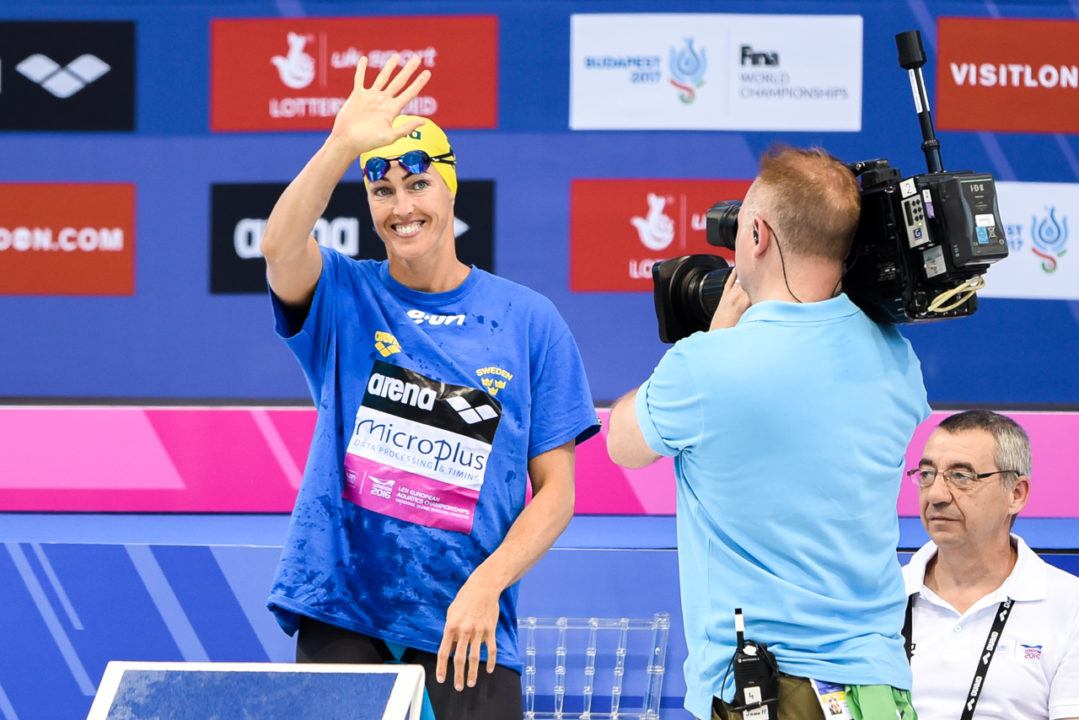 The 2021 Sette Colli Trophy in Rome will serve as truly the "last call" for those looking to punch their tickets to Tokyo, or beef up their Olympic schedule. Stock photo via Peter Sukenik

The Tokyo Olympic Games are now a month away, and the 2021 Sette Colli Trophy in Rome will serve as truly the “last call” for those looking to punch their tickets to Tokyo, or to beef up their Olympic schedule. For those who are already set in their Olympic lineups, the meet will serve as a final tune-up before the big dance. That being said, the stakes are high this weekend, and some of Europe’s biggest swimming stars surely have some exciting racing in store for us.

With the meet kicking off tomorrow, let’s take a minute to examine some swimmers and races of interest for the next 3 days.

Sweden’s Sarah Sjostrom, one of the most dominant female sprinters on the planet underwent surgery for a broken elbow a few months ago. Coming out of the surgery, Sjostrom stated that she would not be racing butterfly at the Tokyo Olympics, and that she instead would only be ready to race freestyle this summer. However, it appears Sjostrom may feel more comfortable with her butterfly than she anticipated. She’s entered the meet in the 50 and 100 fly, along with the 50 and 100 free. If Sjostrom does end up swimming at least one of the butterfly events, it could give us (and more importantly, her) an idea of whether she would be able to race the 100 fly in Tokyo.

Sjostrom is the LCM 100 fly World Record-holder, and she’s the defending Olympic Champion. The last time Sjostrom raced fly was right before her elbow surgery, and she clocked a 57.34.

Swedish swimming legend Therese Alshammar is chasing her 7th Olympic berth this weekend. The 43-year-old Swedish star returned to competition just weeks ago, after retiring from the sport in late 2016. Alshammar made her first Olympics in 1996, and she went on to win 3 medals in the 2000 Sydney Olympics.

Alshammar is the first and only female swimmer in history to make 6 Olympics, and she has a shot this weekend to be the first to 7 Olympic Games.

The U.S. Olympic Trials completely shook things up in the women’s 100 breaststroke world rankings. LCM 100 breast World Record holder Lilly King led the way, of course, clocking a world-leading 1:04.72. But it didn’t end there, because the U.S. also picked up the #2 and #3 spots in the world this year thanks to high schooler Lydia Jacoby, and King’s teammate, Annie Lazor.

It suddenly looks like the U.S. may be able to pull of a 1-2 finish in the 100 breast in Tokyo, and it just so happens that some of swimmers who are in the best position to stop that from happening are competing this weekend. Benedetta Pilato, the new World Record holder in the LCM 50 breast, is entered in the 100 breast this weekend. She’s joined by European Championships medalists Arianna Castiglioni and Martina Carraro.

Can Arno Kamminga Make One Final Statement Before Tokyo?

Netherlands breaststroke star Arno Kamminga could possibly make a final statement swim before the Olympics. Kamminga made history in April by becoming the only swimmer outside of Adam Peaty to break 58 seconds in the men’s 100 breast. Kamminga is #2 in the world this year with his 57.90 from the Dutch National Championships. We’ll see if he can better that mark with Tokyo a month away.

It may be premature to say that Kamminga is already putting pressure on Adam Peaty, who has been nothing short of invincible in the LCM 100 breast. However, if he Kamminga can be under 58 seconds again at this meet, it will certainly at least open up the possibility that Peaty could be dethroned in Tokyo if he’s not on top of his game.

Kamminga is entered in the 50 breast, 100 breast, and 200 breast this weekend. The 200 is also a statement opportunity for Kamminga, where he is entered with his lifetime best of 2:06.85. The men’s 200 breast is one of the deepest fields of any race at the upcoming Olympics, and Kamminga is right in the thick of it.

Aside from Alessandro Miressi in the 4×100 free and Stefano Ballo in the 4×200 free, the Italain men’s free relay spots have not yet been officially decided. This leaves the door open for many men’s freestylers to make their case to be named to the team this weekend. That being said, the men’s 100 free and 200 free could ultimately turn out to be of importance for Italy’s Olympic roster.

Alshammar swam in the 1996 Olympics in Atlanta. Her 1st.

According to Swimswam on February 6th in Stockholm

Marc Hinawi will be another big swimmer to watch!

Pro swimmers love to swim in that pool