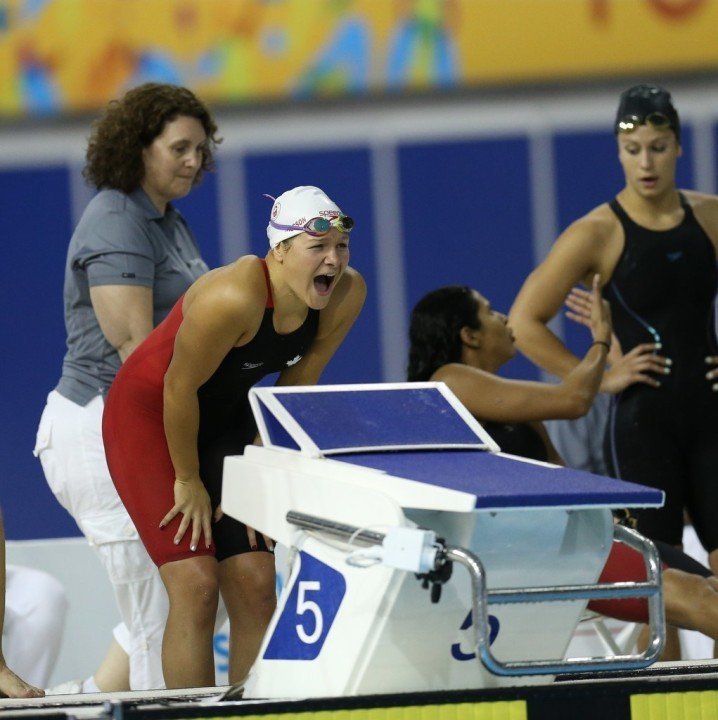 Erika Seltenreich-Hodgson won the 400 IM, 200 backstroke and 200 freestyle on the second night of the Canada West Championships... Current photo via Chris Tanouye/www.christanouye.com

Seltenreich-Hodgson was not the only UBC swimmer to break a Canada West record, Erin Stamp posted a 1:06.97 to win the women’s 100 breaststroke breaking the record of 1:07.24 set by Erica Morningstar in 2011.

Although the University of Calgary leads the point total on the women’s side of the competition the UBC Thunderbirds women won all seven events on Saturday evening.

Despite only winning one event on Saturday evening the University of Calgary has a narrow lead over UBC in both the women’s and men’s point standings.