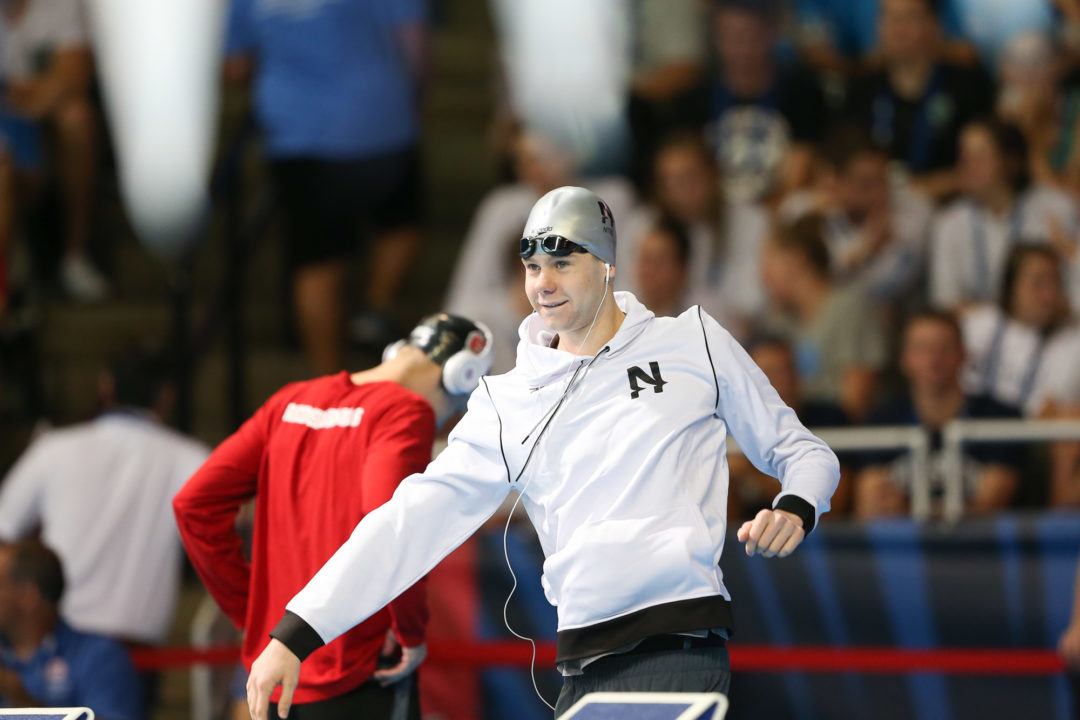 Sean Grieshop of Cedar Park, Texas, has made a verbal commitment to swim at the University of California, Berkeley next year. Archive photo via Tim Binning/TheSwimPictures.com

The number 2 recruit on our list of top 20 boys from the high school class of 2017, Sean Grieshop of Cedar Park, Texas, has made a verbal commitment to swim at the University of California, Berkeley next year. A senior at St. Dominic Savio Catholic High School, Grieshop swims for Nitro Swimming in Austin and specializes in distance free and IM.

Already within scoring distance in the 500/1650 free and not far off in the 400 IM, Grieshop will be an immediate impact player for the Golden Bears. He is the Junior World Record-holder in the 400m IM, having taken down Brandonn Almeida’s (a recent verbal commit to South Carolina) world mark in prelims at U.S. Olympic Trials with 4:14.00. Grieshop now stands at #4 all-time among 17-18s in the event.

A member of the U.S. National Junior Team, Grieshop has represented Team USA at numerous international meets, including most recently at the FINA/airweave Swimming World Cup this past week. He also wore the stars and stripes at Junior Pan Pacific Swimming Championships this past summer, and at the 2015 FINA World Junior Championships in Singapore where he upset Almeida to win the 400m IM. He was also part of the American 4x200m free relay that broke the Junior World Record at that meet.

Welcome to the Golden Bear family and congrats on a great decision. #bearfam

BRUH THIS NEXT NCAAs NOT EVEN FAIR hahaha

Betrayal of the worst kind.

Bob, you must be a Texan.

Wow, Cal is stacked for next year! Looks like Texas might actually go down. I thought he’d go to Texas, but Cal is a great choice as well.

Congrats to Sean and the Grishop family!!! Can’t wait to cheer on the Bears with you!!! Allison Hoffer