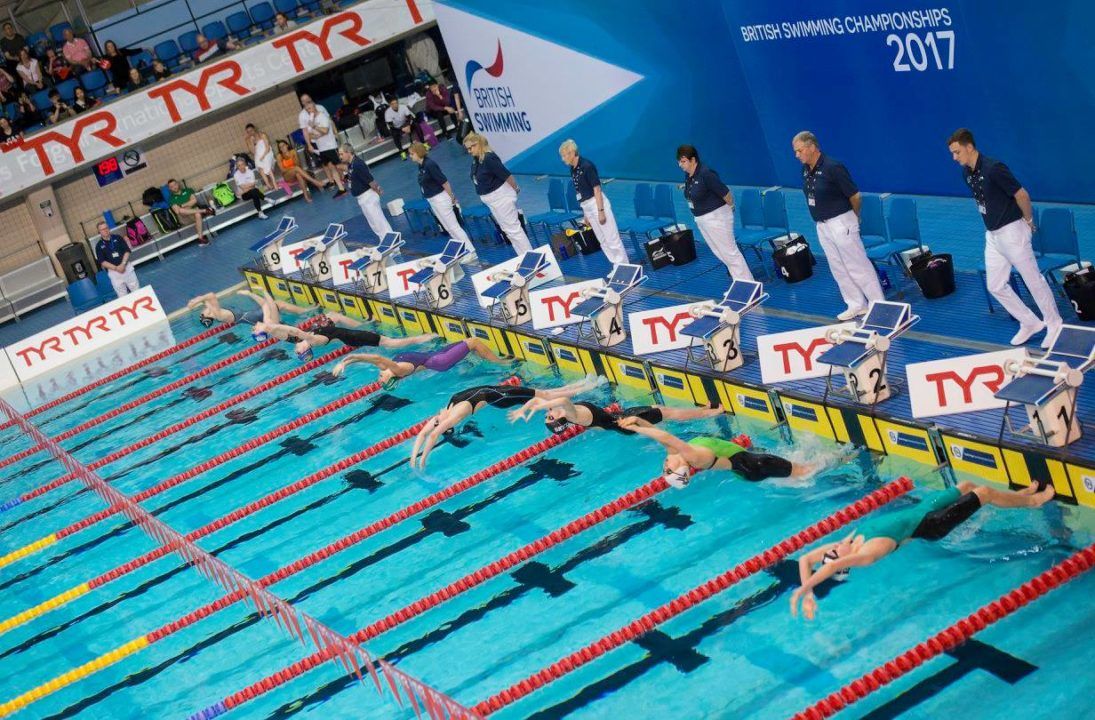 Edinburgh University’s Scott Gibson had a dream start to the 2022 British Swimming Championships on Tuesday morning in Sheffield, breaking the Scottish Record in the men’s 50 backstroke and claiming the top time heading into the final.

Gibson put up a time of 25.38, erasing his previous National Record of 25.42, set at the BUCS Championships back in February while also dipping under Scottish Swimming’s Consideration Time of 25.67 for the 2022 Commonwealth Games. While this doesn’t automatically qualify him for the Commonwealth Games, he’s essentially a lock at this point.

Although the 22-year-old was ultimately disappointed with the fact that he took second in the final, clocking 25.45 to trail Loughborough University’s Sebastian Somerset (25.30), Gibson’s performances far exceeded his expectations coming in.

“I’m super happy with it giving all things considered; two weeks ago, I tested positive for Covid so to come here and even just swim best times is more than I could ask for,” Gibson said, according to Scottish Swimming. “Every time I’ve raced the event this season, I’ve been under the consideration time so I’m happy that I’ve been consistent there and will keep pushing it on this summer.

“It did take the pressure off that I’ve banked swims earlier in the year. I’m a bit gutted about the end result but given the uncertainty I had going into this meet, I’m pretty buzzing too.”

Gibson has never made an international team before and is looking forward to the opportunity to represent Scotland at the Commonwealth Games, which kick off in late July in Birmingham, England.

“It would be amazing to be in my first international team and competing for Scotland,” he said. “Edinburgh University has a great program and reputation at the Commonwealth Games. We’ve had a couple of changes and the whole structure and team itself is the best place to push on and hopefully a lot of my teammates will be on that team as well.”

Both Benson and Murdoch notably scratched out of the men’s 100 breast final to focus on the 50 breast, which will run on Wednesday. Benson said the 50 is the most wide open of the three male breaststroke events at the Commonwealth Games and hopes to secure a medal there before retirement.

“The 100, and the 200 is really strong in terms of England and Australia,” said the two-time Olympian. “Especially in the 200m, the Australians are very, very quick. Whereas the 50 is a little bit more open.

“So the plan’s to get on the team and then try and swim as fast as I can. If I swim my best time, I should be in with a shout of getting on the podium. So it’s exciting.”

This is incredibly confusing. Sebastion somerset is stated as competing for Loughborough University, but wasn’t he swimming for Cal at NCAAs a few weeks ago??

I think it’s a club as well, although most of those competing for Loughborough will actually be attending the university.

I appreciate SwimSwams coverage of all these trials, and I respect how hard you must all be working, but can I politely suggest you stop referring to Sebastian Somerset as a “Canadian native”? He is of course a dually, but he was born in England.