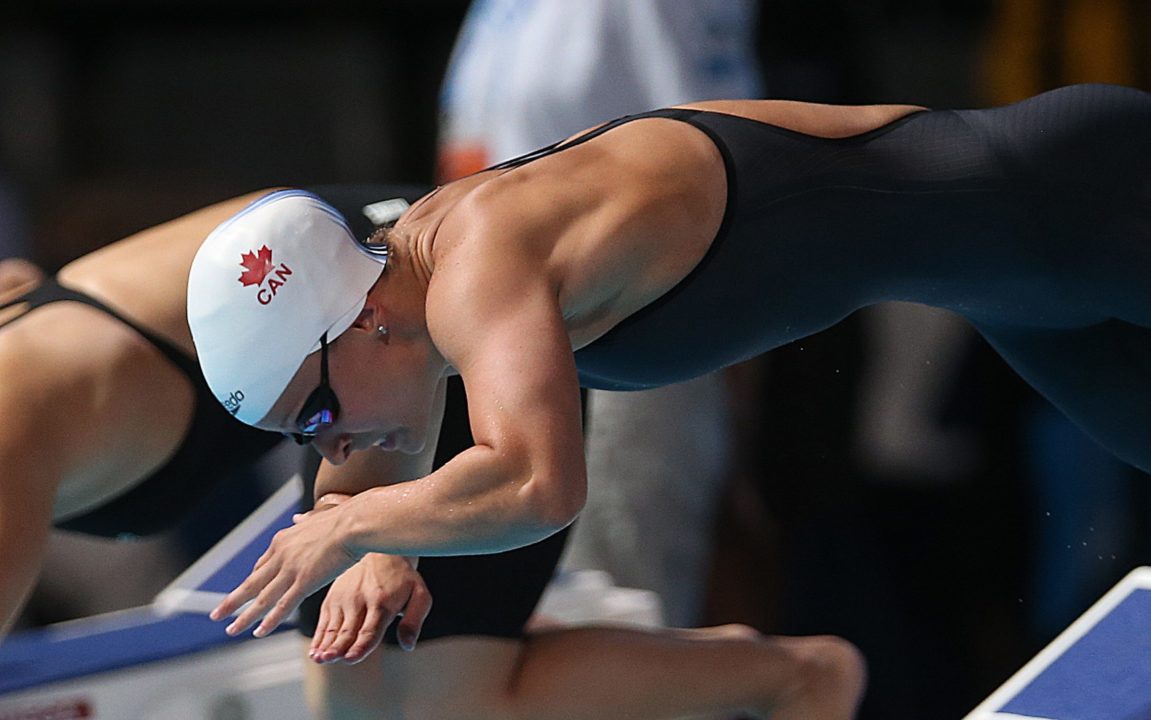 Hometown standout Katerine Savard and 17-year-old Danielle Hanus each had important victories to kick off the Speedo Canadian Eastern Open.

Savard, 22, from the host Club Aquatique de Montreal, continued her push back from a September ankle injury by winning women’s 200-metre freestyle in two minutes 0.58 seconds, a strong time considering that she is in heavy training for the Canadian Olympic & Para-swimming Trials in April. Savard edged Etobicoke Swimming Club’s 17-year-old Meryn McCann (2:01.18) by six-10ths of a second.

“I’m pretty happy about it – my ankle is getting better and better so I don’t need any special treatment, for now,],” said Savard, who also won women’s 50-m butterfly earlier in the evening at Complex sportif Claude-Robillard.

“Just to be able to swim fast was good for me,” added Savard, who is coached by Claude St-Jean. “I swam three races tonight and all the times were excellent – for this time of the year.”

Hanus, of the Newmarket Stingrays, captured a thrilling women’s 100-m backstroke in 1:02.13, winning by fewer than a 10th of a second over 20-year-old Canadian-born Latvian Olympic hopeful Kristina Steins (1:02.21). Hanus, Steins and McCann (1:02.47) combined for a tight finish.

“Probably the biggest factors were trying to be as fast as I could through the first 50 [metres] and getting a good turn into the wall and coming off strong,” said Hanus, who is coached by Alan Swanston. “It was really challenging since this meet is about what you can do at a high level of training.

“It was good to get a race like that in because now I know I can work really hard and it gives me the confidence for Trials that I can do really well there against the older swimmers.”

The Easterns also include female 15-and-under and male 16-and-under divisions.

The press release above was provided by Swimming Canada.