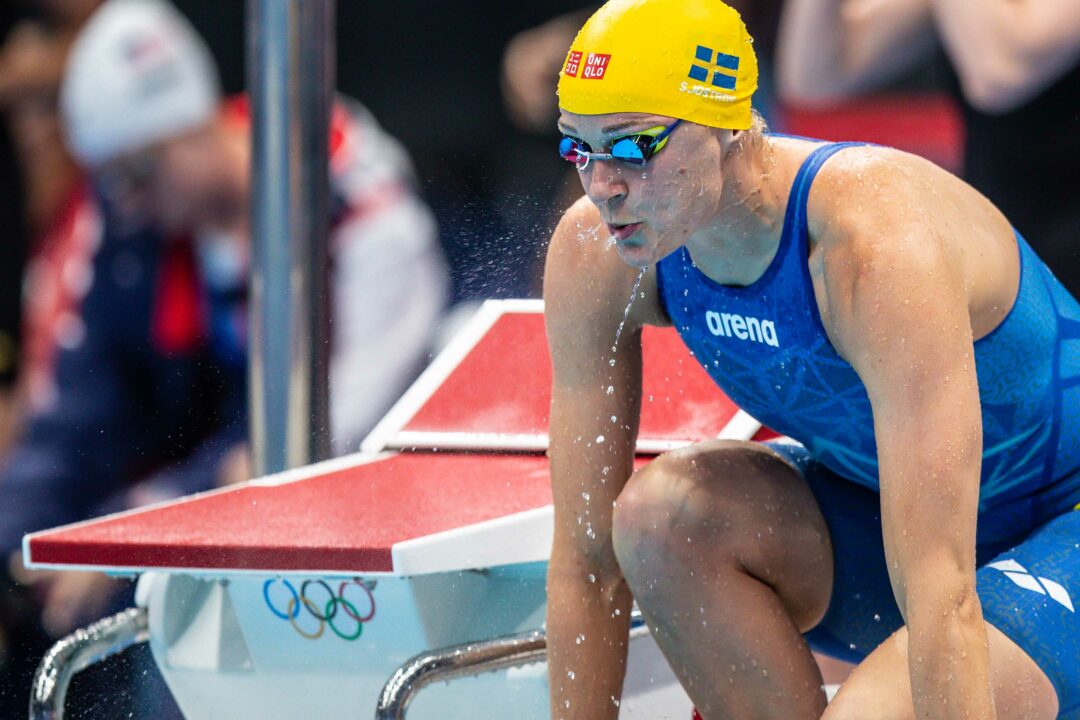 On the final night of the 2022 Stockholm Open, we saw a very nearly Olympic caliber final in the men’s 800 free. It was headlined by Lukas Martens cracking the German Record with a blistering 7:41.43. The time is not only the top swim of the year, it would have been fast enough to win Gold at last summer’s Olympic Games. Martens also posted a negative split on the race, swimming 3:51.98 on the first 400, then coming home in 3:49.45.

Coming in 2nd was Florian Wellbrock, who happened to hold the German Record in the event before Martens broke it. Tonight, Wellbrock swam a 7:43.10, good for #2 in the world this year and just off the 7:42.68 he swam for 4th at the Olympics last summer. Another national record was broken by Felix Auboeck, who came in 3rd with a 7:45.32. That dipped under his previous Austrian Record, which he set last year.

Daniel Wiffen also got in on the record-breaking fun, swimming a 7:50.74 for 4th and a new Irish Record.

Sprint superstar Sarah Sjostrom tore to a season best en route to winning the women’s 100 free, clocking a sizzling 53.15. The time stands as the #2 swim in the world this year, behind only the 53.13 Australia’s Shayna Jack swam in her return to racing last month. The World Record holder was out fast, splitting 25.46 on the first 50, putting her into the wall 0.66 seconds ahead of anyone else in the field.

Anna Hopkin swam 53.45 at British Trials so should be 4th on this years 100 free ranking list