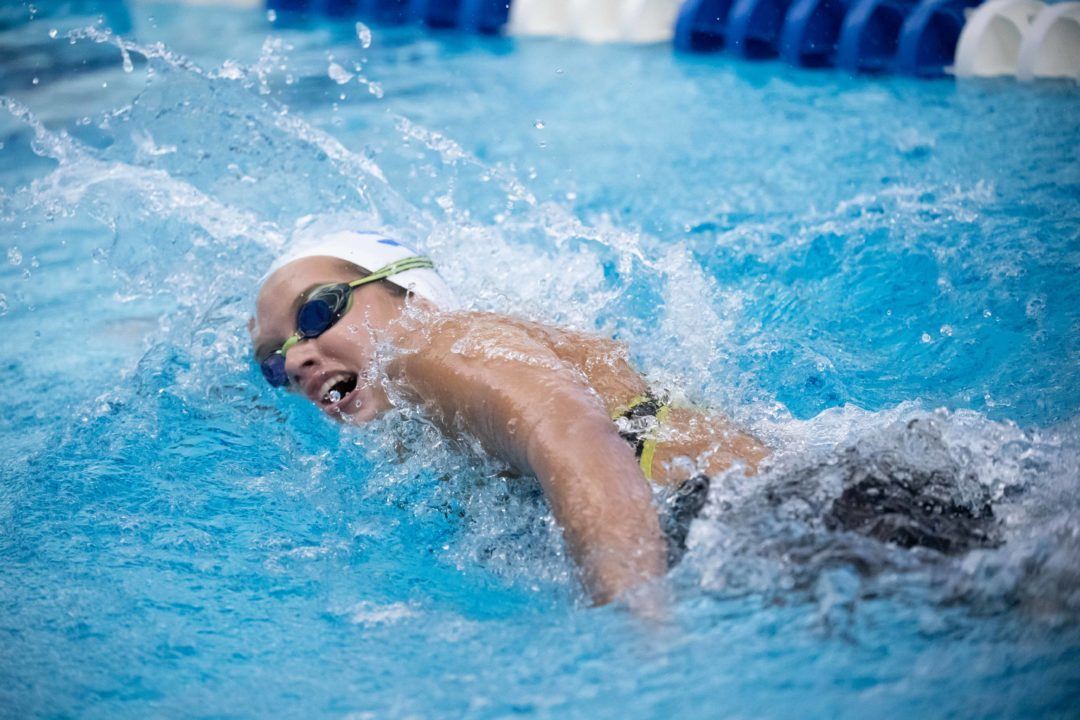 On the second night of the 18 and Under Spring Cup in Orlando, three swimmers punched their tickets to Wave I of three 2021 Olympic Trials, while two more qualified for Wave II.

In the first event of the night, the women’s 200 freestyle, 16-year-old Summer Cardwell got her hand to the wall first in a time of 2:00.88. With her time, the TBAC swimmer hit her first Wave I Olympic Trials cut, dipping under the standard of 2:01.69. Cardwell’s previous best stood at 2:01.94 from the 2020 US Open. 17-year-old PSA swimmer Sara Stotler touched just behind Cardwell in a time of 2:01.60 for second, an Olympic Trials cut in the process. Stotler was already qualified to compete in wave I of the meet in the 100 and 200 butterfly.

A few events later, Stotler swam the 100 butterfly, lowering her best time to 59.58, narrowly making her first Wave II Olympic Trials cut by .01. With her qualification, Stotler will be able to swim all 3 of her events at the wave II meet.

In the men’s 100 breaststroke, UPenn commit Matt Fallon threw down a huge personal best, earning a wave II cut. Fallon swam a time of 1:01.57 to slash almost 2 seconds off of his best time. Fallon is already qualified to compete at wave II of Olympic Trials with his best time in the 200 breaststroke. However, his performance tonight puts him under the standard in both events.

In the final event of the session, two more swimmers dipped under the Wave I cut, with 18-year-olds Jay Baker and Peter Bretzmann both posting personal bests. Baker finished first in a time of 4:24.72, slashing over a second off of his best time. Bretzmann touched second in a time of 4:25.47 to drop over 4 seconds off of his best. Both swimmers narrowly dipped under the Wave I Olympic Trials cut of 4:25.99.