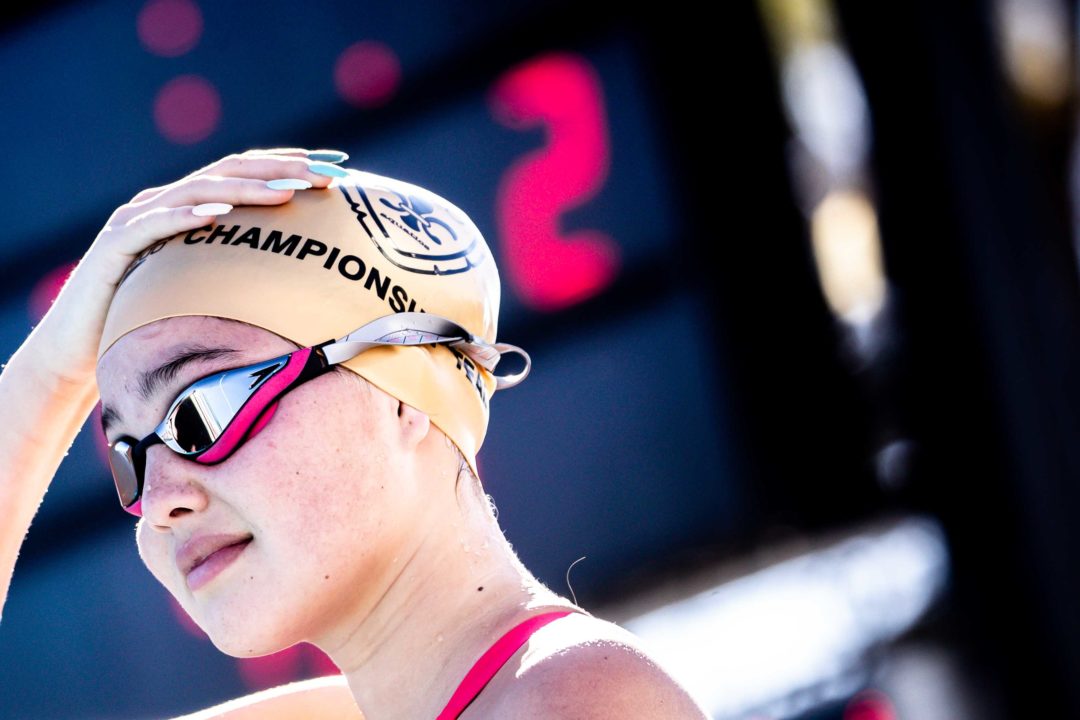 Teia Salvino won two individual events for Santa Margarita and helped the team to two relay wins as well. The team won 14 out of 22 events at the meet. Archive photo via Jack Spitser/Spitser Photography

Santa Margarita High School was dominant at the meet winning 14 out of the 22 events. The school is the defending CIF Division I Southern Section Champs on both the girls and boys sides. The 2021 CIF meet was very close on the boys side though as Santa Margarita finished ahead of Loyola by just two points.

Also leading the way for STMA was sophomore Teia Salvino. Salvino won the 100 freestyle in a time of 49.36 setting a meet record in the process. She also won the 100 backstroke in a 56.07. She also was a member of the record setting 200 freestyle relay. The team of Salvino, Gracyn Aquino, Macky Hodges, and Lindsay Ervin teamed up for a final time of 1:33.34 breaking the previous meet record by over three seconds. The same four also teamed up to break the meet record in the 400 freestyle relay touching in a final time of 3:24.53.

Highlighting Loyola’s individual wins was Larrick who won the 200 IM in a meet record setting time of 1:46.73. Larrick set the meet record by over seven seconds. Larrick is on the psych sheets to compete at US World Trials this upcoming week in the 200 freestyle.

Cahill also highlighted the individual events for Loyola winning the 100 backstroke in a meet record setting time of 48.66.

St. Francis junior Ava Chavez picked up two individual wins on the day winning the 100 butterfly in a meet record setting time of 54.56. She also won the 100 breaststroke in a 1:04.14.