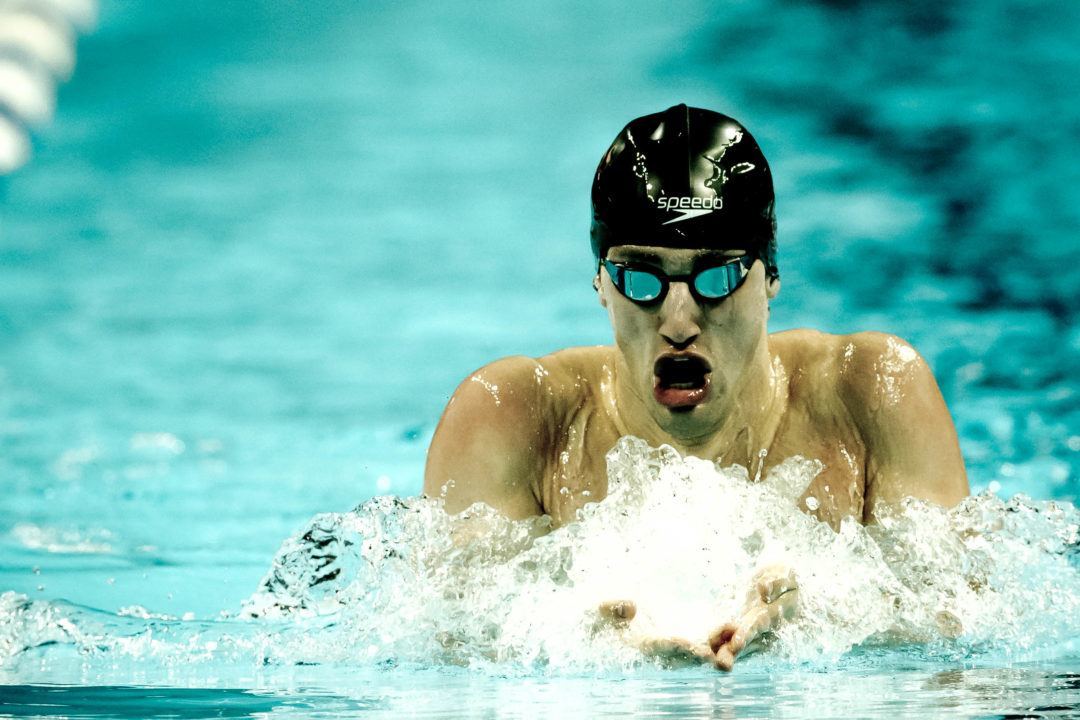 Kaitlin Sandeno‘s SwimSquad won the Atlanta meet by 7 points, but Lenny Krayzelburg‘s crew still leads by 18 after two stops on the 2018 series.

That’s surprisingly in-line with our projections from earlier in the week, though a few key lineup changes had some impacts. Most notably, Natalie Coughlin‘s crew finished second, shuffling around a trio of versatile swimmers from our projections to ultimately finish second with 72 points. SandenoSquad had 79, Krayzelburg 71 and LezakSquad 52.

Sandeno got perfect 20s from Zane Grothe and Andrew Wilson, plus strong finishes of 18 from flex swimmer Jack Conger and 15 from backstroker Jacob Pebley. Coughlin also got a pair of double winners, getting 20 from Ryan Murphy and Madisyn Cox.

But all four teams left some points on the table, as well. Jason Lezak‘s team notably had no backstroke entrants, and finished well behind the field because of it. Krayzelburg only got a single point from freestyler Amanda Kendall. Not to toot our own horn (we at SwimSwam have a strict no-tooting policy), but we projected both Nic Fink and Will Licon into the starting lineup instead of Kendall. Fink ultimately scored 9, but Licon scored 10 sitting on Krayzelburg’s bench.

Coughlin opted for Madisyn Cox instead of Melanie Margalis in IM (good call, Cox scored a perfect 20), but putting Margalis in breast instead of Molly Hannis scored 3 instead of 14. Meanwhile Sandeno only got one point from flyer Sarah Gibson, with 18-point Andrew Abruzzo sitting the bench.

Here’s a look at the running scores as well as this week’s scores:

Does Lezak understand how this works?

No, not at all. Like, I’m fine with him hoarding breastrokers but at least he should have picked a decent backstroker. Also doesn’t help that cordes usually isn’t super fast in season and miller dqs a lot