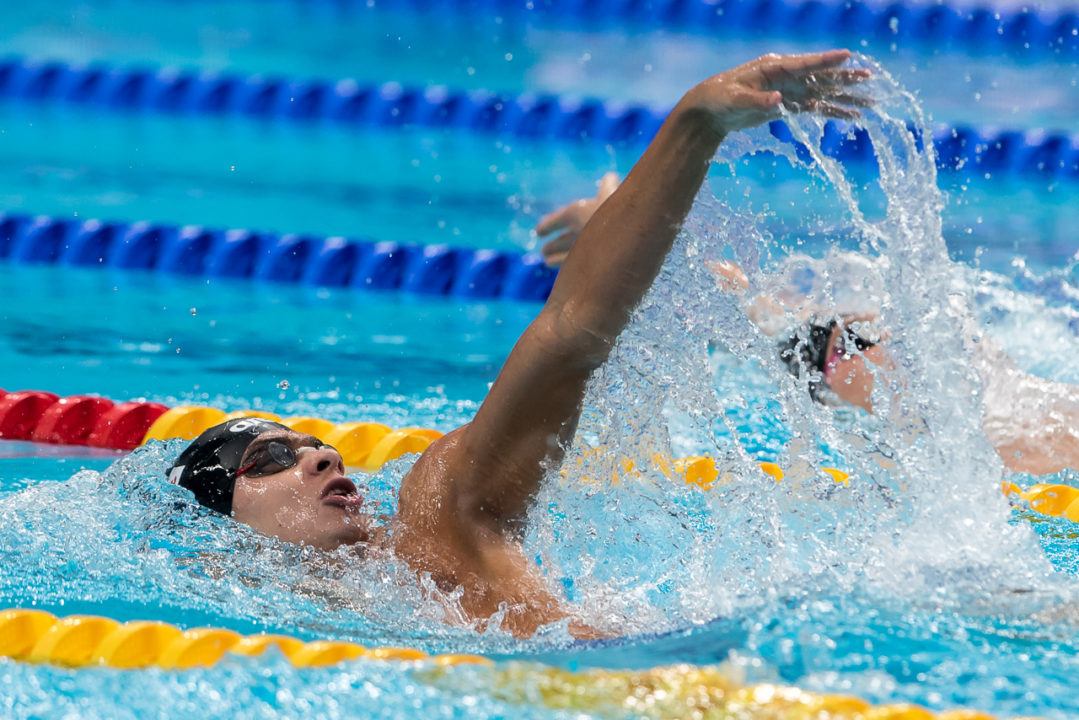 The European Record holder Evgeny Rylov dominated the men's 200 back on Thursday at the Russian Championships. Archive photo via Peter Sukenik/www.petersukenik.com

After a sleepy semi-final in the men’s 200 backstroke, the defending World and European Champion Evgeny Rylov exploded in finals with a 1:54.00 to take the title.

Much like in the 100 back earlier in the meet, Rylov and the teenager Kliment Kolesnikov slow-played their hands through the early rounds before overtaking Grigory Tarasevich in the final to land their spots in Gwnagju. Kolesnikov took 2nd in 1:56.07, which is actually slower than he went last year at this meet (when he wound up adding a bunch of time for Euros); and Tarasevich took 3rd in 1:57.54.

There were no Russian open records set on the 4th day of competition in Moscow, but there was a Junior Record broken in the most thrilling finish of the day. In the men’s 800 free timed final, Ilya Druzhinin, winner of the 1500 free earlier in the meet, was pushed stroke-for-stroke by 17-year old Alexander Egorov. At the finish, the two were separated by a mere .01 seconds, with Druzhinin finishing 1st in 7:52.03, and Egorov taking 2nd in 7:52.04. Egorov’s time is a new Russian Junior Record, breaking Yaroslav Potapov’s 2017 record of 7:55.95. Potapov finished 5th in the race in an 8:01.

Men’s 50 back was curious in prelims.

It looks like something went wrong with the timing system. The reaction time of all swimmers in the 6th heat were not recorded. The results of all other events on the same day have been updated in FINA world rankings but the result of 50 back has not.

True. I don’t know what happened to Nikolaev after that, he didn’t swim the 200 either.

If reaction time was added to the result, his time would be 24.8 or 24.9, which is much more normal.

This can be the cause that the semis and final were generally much slower than the prelims.
FINA could count with the final (Kolesnikov 24.77, Rylov 24.83) and other prelims (Tarasevich 24.88 from the 7th) in world rankings.