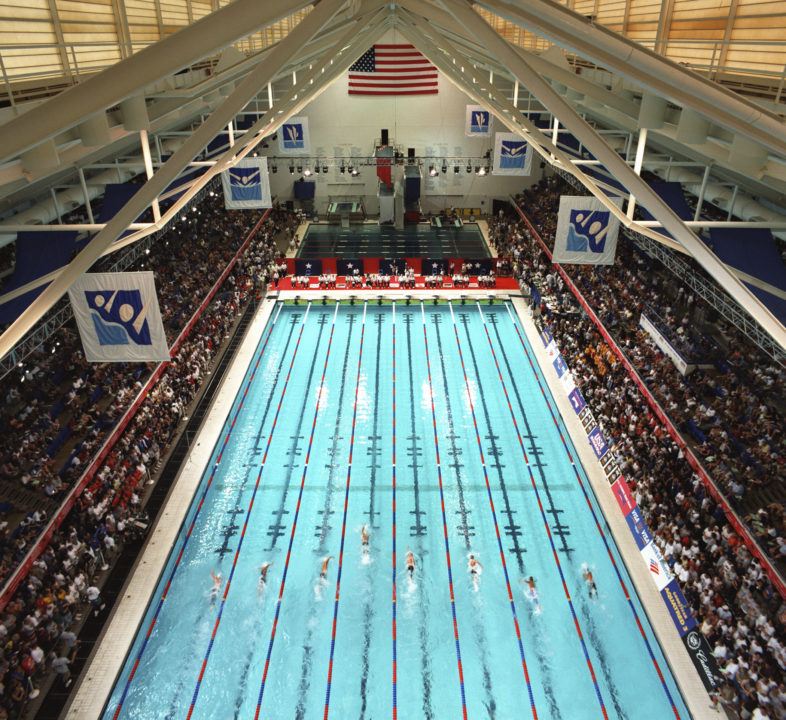 Ryan Vipavetz broke the NCSA meet record with a 1:59.62 swim in the men's 200 fly. Stock photo via Tim Binning/TheSwimPictures.com

Huske (above) broke the NCSA long course record that was previously held by Gia Dalesandro, who would go on to become a Big Ten Champion at Indiana.

17-year-old Ryan Vipavetz of Rockville Montgomery reset his 200 fly personal best twice on day 3 of the NCSA Summer Championships, with his swim in the final also breaking the four-year-old meet record.

Rick Mihm of Allegheny North, who dropped a ton of time in winning the 400 IM on day 2, swam two more personal bests in the 200 fly as well, getting all the way down to 2:01.54 in the final for 2nd, barely holding off Vipavetz’s teammate Alex Colson (2:01.63) who also set a lifetime best.

Two more meet records fell on day 3, both in the 400 free relay.

Wow. Florea out of nowhere there. Between that and his recent 200 flies, Mizzou is getting way more than the long distance guy he looked to be a few months back.