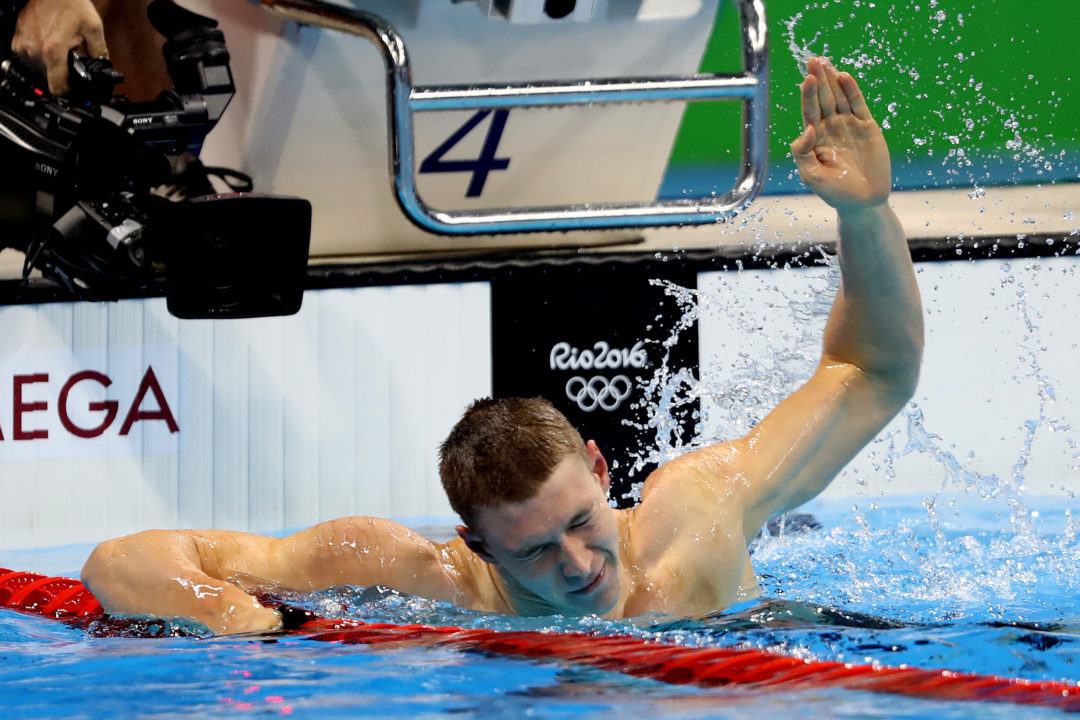 Heading into Rio, the USA streak was under fire, and it looked like the tradition of USA gold in the men's Olympic backstroke races could have been coming to an end. That was until tonight, When Team USA's up and comer Ryan Murphy completed his sweep of the backstroke races, winning the race in 1:53.62. Current photo via Simone Castrovillari

Since the 1996 Olympic Games in Atlanta, the world has seen an American at the top of the men’s 100 and 200 backstroke races at every Games. Heading into Rio, the USA streak was under fire, and it looked like the tradition of USA gold in the men’s Olympic backstroke races could have been coming to an end. That was until tonight, When Team USA’s up and comer Ryan Murphy completed his sweep of the backstroke races, winning the race in 1:53.62.

Earlier in the meet, Murphy pulled out the win in the men’s 100 back to earn his first Olympic gold medal, and bring yet another backstroke gold back to the USA. Murphy won the race in 51.97, breaking the Olympic Record and becoming the first swimmer to swim sub-52 in textile.

In tonight’s 200 back, however, Australia’s Mitch Larkin was the slight favorite to win, with Russia’s Evgeny Rylov and China’s Xu Jiayu also looking sharp through the semifinals. Larkin had been looking good for the gold since he emerged as the double backstroke champion at the 2015 FINA World Championships.

Halfway through the race, only a hundredth of a second separated Larkin and Murphy, but Murphy pushed ahead on the back half to secure gold for the USA. Larkin placed 2nd in 1:53.96, holding off a late charge from Rylov, who took bronze in 1:53.97, by a nail at the finish.

USA 200 Back Champions Since The 1996 Atlanta Games

USA 100 Back Champions Since The 1996 Atlanta Games

Murphy will toy with both the WR during the next olympic cycle…..hope he will break WR by 2017 world aquatic champeonship..

Even more remarkable – each winner in 200 Back was a different swimmer! THAT’S depth.

An NBC commentator called the 100 & 200 backstroke double club “exclusive”, but by now half the male US population has done it. 😉

Hahaha, that’s funny 🙂 However, since 1996 only Krayzelburg, Peirsol, and Murphy have accomplished the feat. Pretty high-class company!

I remember when looking through some results a few years back and seeing some 15 year old with a crazy 55 in the 100m backstroke. No surprise that he’s now swept the backstroke events at the Olympics.

Phenomenal swim. The scary part is I still think he is learning how to swim the 200 meter back