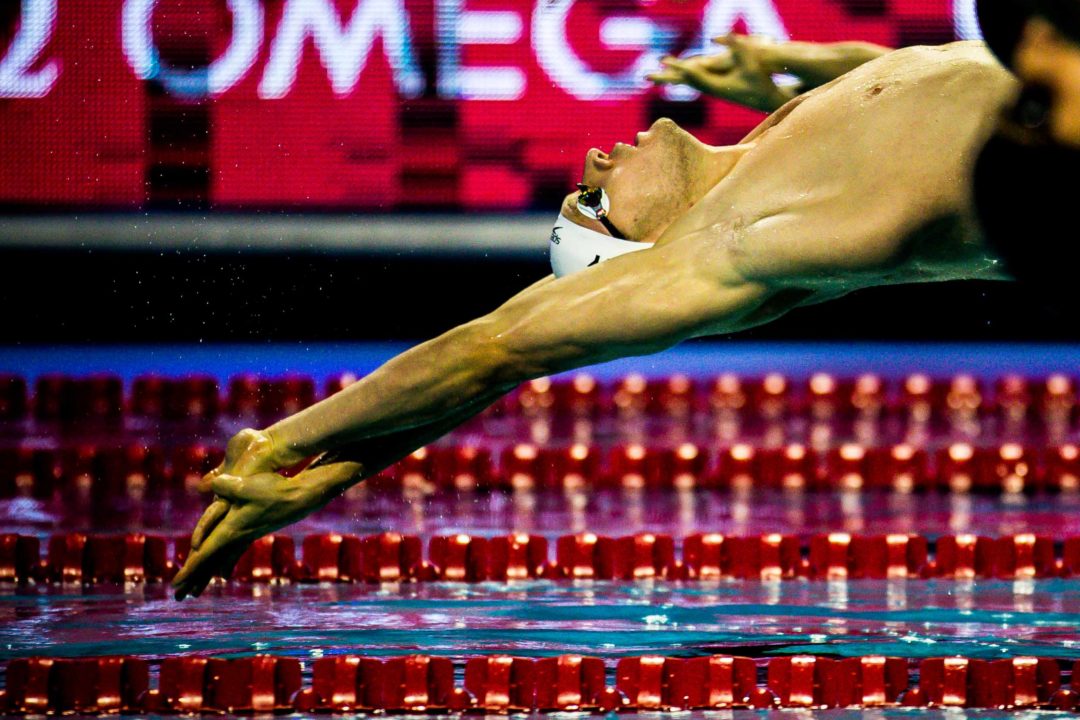 LA Current swimmer Ryan Murphy was 2nd in the 100 back and won the 200 back in his ISL debut this weekend in Lewisville, Texas. Current photo via Jack Spitser/Spitser Photography

This was the exact same field as yesterday’s 50 back, and it had almost the exact same result. Once again, Guilherme Guido of the Roar upset the reigning Olympic gold medalist in the 100 back, Americans Ryan Murphy and Matt Grevers, both swimming for the Current. Guido held off a late charge by Murphy to win 50.16 to 50.36, with Grevers taking 3rd in 50.58.

Guilherme Guido might be the underrated meet MVP for London. Where LA should have had a massive backstroke advantage, the Brazilian Guido got wins in both the 50 and 100 back. He was exactly as fast today as Kliment Kolesnikov was in winning Group A’s Indy match, and faster than Evgeny Rylov at Naples. LA will still get a solid points haul from a 2-3, but it puts a damper on their aggressive attempts to run down London late. The Breakers continue to struggle despite fielding a bunch of male backstrokers. They were 6th and 8th for the lowest point total of all four teams there.

Didn’t he win the 200 back? Caption on the photo says otherwise.