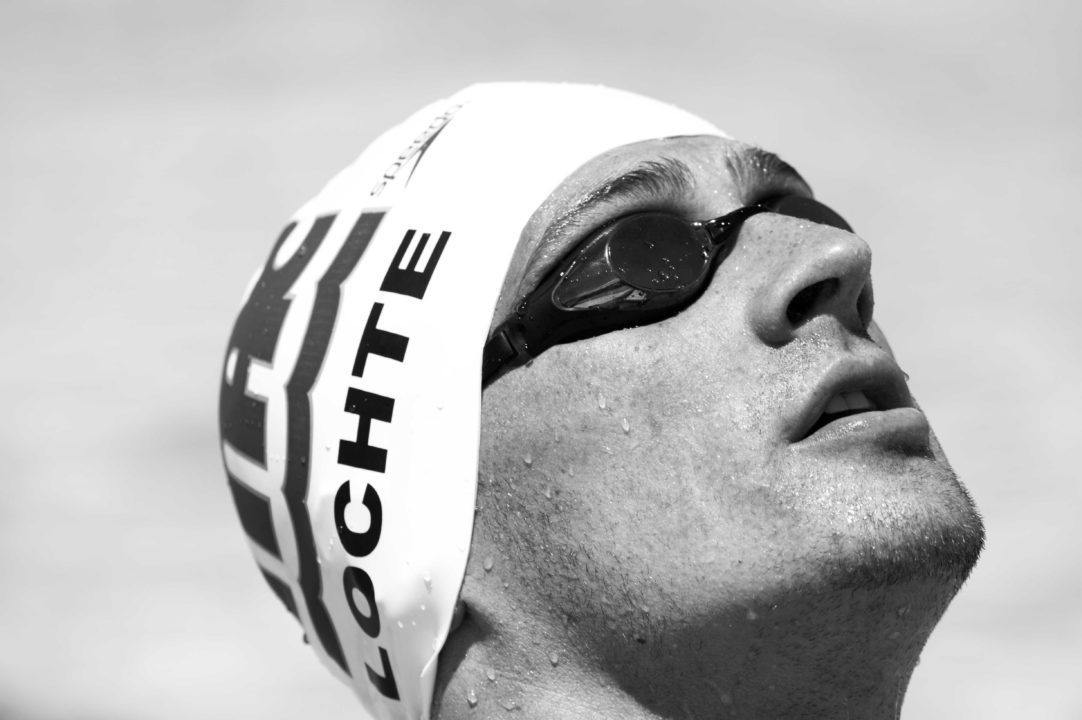 After a fairly successful Mesa Grand Prix, Ryan Lochte has pulled out of the Charlotte version, according to the USOC. Archive photo via Mike Lewis/Ola Vista Photography

American swimming superstar Ryan Lochte has scratched out of the Charlotte Grand Prix this weekend, which was set to be his first as a member of the home team, SwimMAC Carolina.

The news first broke with a Tweet from the USOC to a fan, who was waiting for an interview that they had produced with Lochte. Thus far, we have not received a response from SwimMAC coaches with more details.

Lochte pulled out of the last session of the Mesa Grand Prix last month with some tightness in his hamstring, as he continues to work his way back from an MCL Tear and ACL sprain late last year. He otherwise swam well in Mesa, but the long-term health of his knees, which he’s had several injuries to throughout his career, are of increasing concern for the 29-year old.

Images have shown Lochte wearing a small knee brace around Charlotte since returning home from the Mesa Grand Prix.

Sad news for the Charlotte kids.
Hopefully it’s not too serious.
August is coming fast.

He’ll still show up to sign autographs I’m sure.

alot of people are going to be very sad about this for sure. i knew something had to be majorly wrong when I saw photos of him wearing a knee brace this weekend

That fan should be sued.