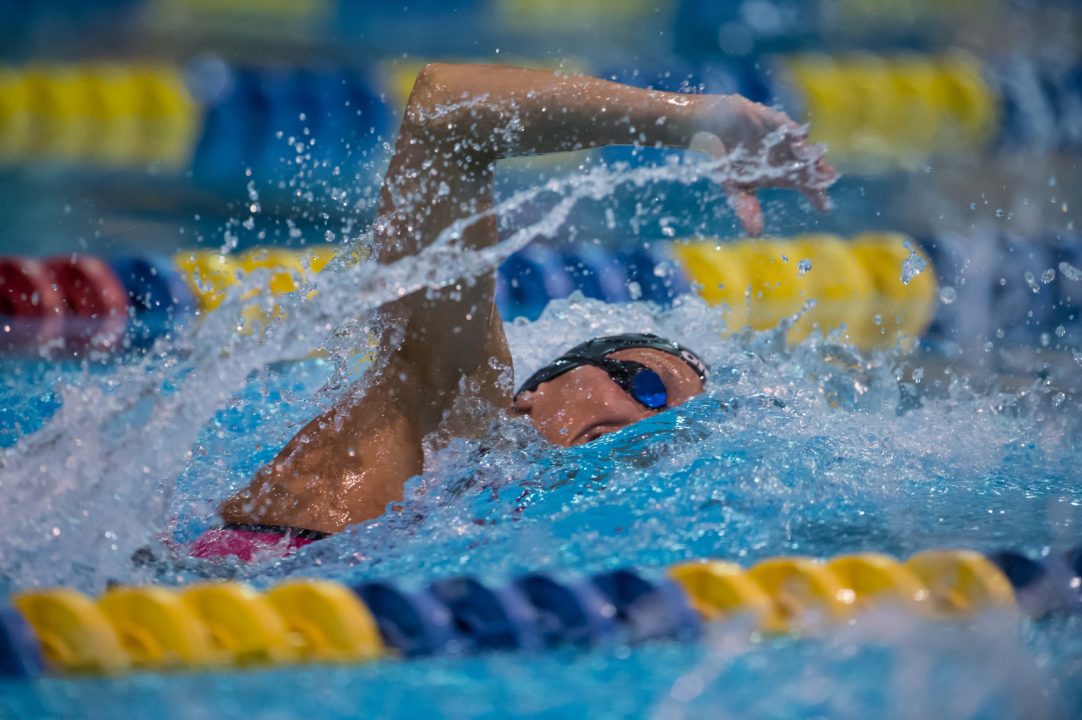 With just one stop left on the Arena Grand Prix Series, the women's points race has all but wrapped up after another dominating Katinka Hosszu weekend, while the men's battle is just starting to heat up. Current photo via Mike Lewis/Ola Vista Photography

Jones is training harder than ever in the middle of an Olympic quad, using Mare Nostrum to find his nitro.

Hosszu put up another 30 points in Charlotte over the weekend to surge out to a convincing lead at 57. It’s only her second Grand Prix event, but she’s been wildly successful at the meets she’s chosen to attend.

Conor Dwyer has been the men’s leader for awhile now, but with Yannick Agnel falling away some after Charlotte, its looking like Dwyer’s biggest competition will be backstroker Arkady Vyatchanin, who had an outstanding weekend.

A quick refresher: the Grand Prix series doles out prize money to the top 3 finishers in each event. The winner takes $500, second place $300 and third $100. In addition, athletes earn points for a running total throughout the circuit’s six stops, with the high-point winner on the men’s and women’s sides receiving a yearlong lease of a brand-new BMW. The points correlate with the prize money – 5 for first, 3 for second, 1 for third, so the points standings also double as a “top money-earners” list.

That means in just two meets (Orlando and Charlotte), Hosszu has earned $5700 for her efforts. The Hungarian’s tendency to take on every event possible (and her near-superhuman ability to swim brutal doubles without major fatigue) seem to make her a natural for the Grand Prix’s format.

Dwyer, too, has built his success on versatility, scoring points along the way in both IM distances as well as freestyle races ranging from the sprint 100 to the mid-distance 400 (and 500 at the short course Minneapolis Grand Prix). But at 46 for the circuit, he’s just 4 points ahead of former Russian Olympian Vyatchanin.

The backstroke specialist has put himself in the conversation through consistency. Vyatchanin has competed at all 5 of the Grand Prix’s stops, scoring in the 100 and 200 back without fail. And as of late, he’s been on a tear, sweeping those two distances at the past three Grand Prix events, Charlotte, Mesa and Orlando.

It’s worth pointing out that the BMW prize can only go to an American citizen, so it would appear Hosszu and Vyatchanin wouldn’t be eligible. But the series championship is as much about pride and competitiveness as it is about prizes, and there’s no doubt all involved will be gunning full steam for the top spots.

Here’s an update of the entire Grand Prix points standings. Though Hosszu seems a lock for the women (it would take more than 4 wins at Santa Clara for any of the field to catch her), Megan Romano looks like a possibility for the BMW lease, as the prize goes to the highest-placing eligible athlete. Romano is second with 34.5 points.