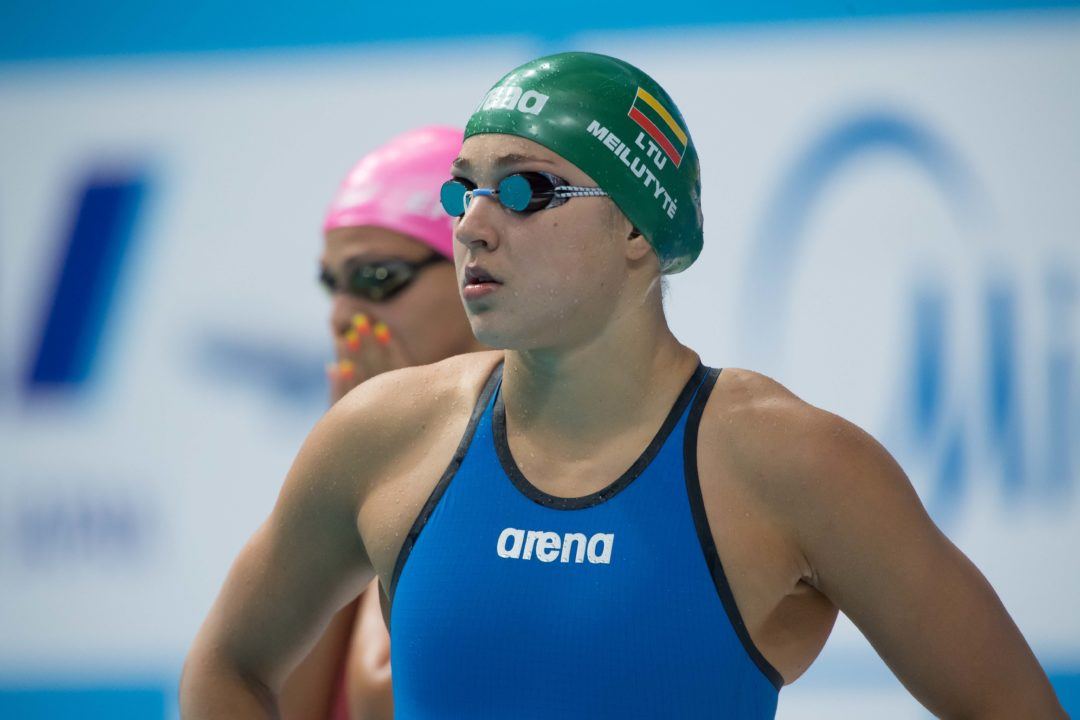 The names of the foreigners who will participate at the 2018 Maria Lenk Trophy have begun to roll in. The meet is Brazil’s long course national championship event and primary selector for the 2018 Pan Pac Championships and domestically is a meet of grand prestige – with many of their swim teams tied to professional soccer and volleyball clubs that dominate the country’s sporting landscape. There is a cap of 2 foreign swimmers per team, with stars able to demand high salaries for the week-long event.

She will be preparing for the 2018 European Aquatics Championships, which will be held in early August in Scotland. Meilutyte, still just 21 years old, took 4th in both the 50 and 100 breaststroke at last year’s World Championships, with 2017 showing some sparks of her former self after battling an elbow injury through the 2016 Olympic Games.

Female foreigners are usually the highest-in-demand at the Maria Lenk trophy, mainly because a star like Meilutyte will assure a team of more points than will a male, who is more likely to get beaten by a domestic swimmer (and less likely to break a meet or national record, which earns bonus points). For example, the Brazilian National Record in the 100 breaststroke has stood at 1:07.67 since 2009. Meilutyte has been faster than 1:07.67 at least 49 times in her career.

Meilutyte is currently training in the U.S. with Dave Salo.

Flamengo is also bringing in Surinamese swimmer Renzo Tjon a Joe, who is also training in the U.S. at the Tiger Swim Club in Auburn. While not as accomplished as Meilutyte, his 22.23 in the 50 free and 49.29 in the 100 free will be immensely valuable to the Flamengo relays.

The other team to have announced its internationals is 9-time Maria Lenk champions Minas Tenis. They bring in Macarena Ceballos, the defending Maria Lenk Champion in the 100 and 200 breaststrokes, to combat Meilutyte. They also bring in Kira Toussaint from the Netherlands to fill out the front-half of their medley relay. Toussaint is the Dutch National Record holder in both the 50 and 100 backstroke in short course meters (26.24/56.21), and took silver in short course meters in the 100 at December’s European Championships. Her long course bests are 27.96 and 1:00.25, respectively. With best times of 25.57 in the 50 and 55.79 in the 100, both set last week in Switzerland, she’ll also be a free relay contributor.

Combined with butterflier Bruna Carolina Lemos and freestyler Maria Paula Heitmann, Minas are better-equipped to compete with UNISANTA and Pinheiros in the women’s medley relays this season.

Meanwhile, former Minas swimmer Joanna Maranhao will sit the meet out as she’s still searching for her new club. Maranhao is 30 years old but at last year’s meet swam a 4:09.41 in the 400 free to break the Brazilian National Record. She holds 11 individual National Records in total.