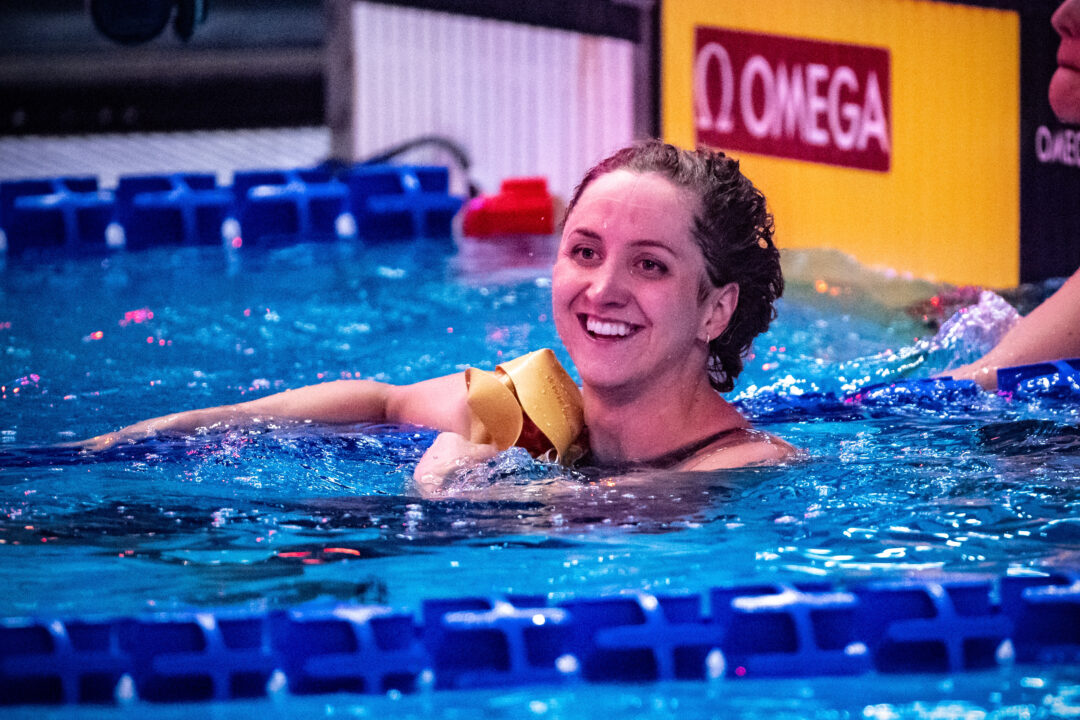 Poland's Kasia Wasick is now a relay bronze medalist as the nation of Russia was stripped of its mixed 4x50m free relay silver. Archive photo via Giorgio Scala / Deepbluemedia / Insidefoto

In an interesting turn of events here at these 2021 European Short Course Championships, a podium changeup was just announced for an event that occurred last night here in Kazan.

The original podium from last night in the mixed 4x50m freestyle relay saw the Netherlands take gold in 1:28.93, while Russia and Italy tied for silver with identical results of 1:29.40.

However, today Ligue Européenne de Natation (LEN) announced that the nation of Poland, which originally placed 4th in the race, has now been awarded the bronze with Italy now the sole silver medal-winning squad.

‘After receiving a protest from Team Poland, the Referee reviewed the results of the final of the mixed 4x50m freestyle relay, contested on Day 5 at the LEN European Short-Course Swimming Championships in Kazan,’ began the LEN’s statement.

‘It was confirmed that the Russian relay on lane 4 did not swim in the order determined on the start list, infringing the rules for relay events. As a consequence, Russia is disqualified from the tied second place of the event.

The start lists for the Russian relay identified the following order: Vlad Morozov, Kliment Kolesnikov, Arina Surkova and Maria Kameneva and the results still reflect as such at this time. We’ve reached out to LEN to determine which swimmers were out of order, causing the disqualification.

As for Poland, the aforementioned combination of Juraszek, Majerski, Tchorz and Wasick collectively clocked a time of 1:29.46. That result produced a new Polish national record, with respective splits as follows:

The updated medal table after this medal changeup is now as follows:

Except if a man switched with a man which is what happened.

Swimswam readers were first with the this!

Kolesnikov started, not Morozov. Many noticed, see the comments in the live recap