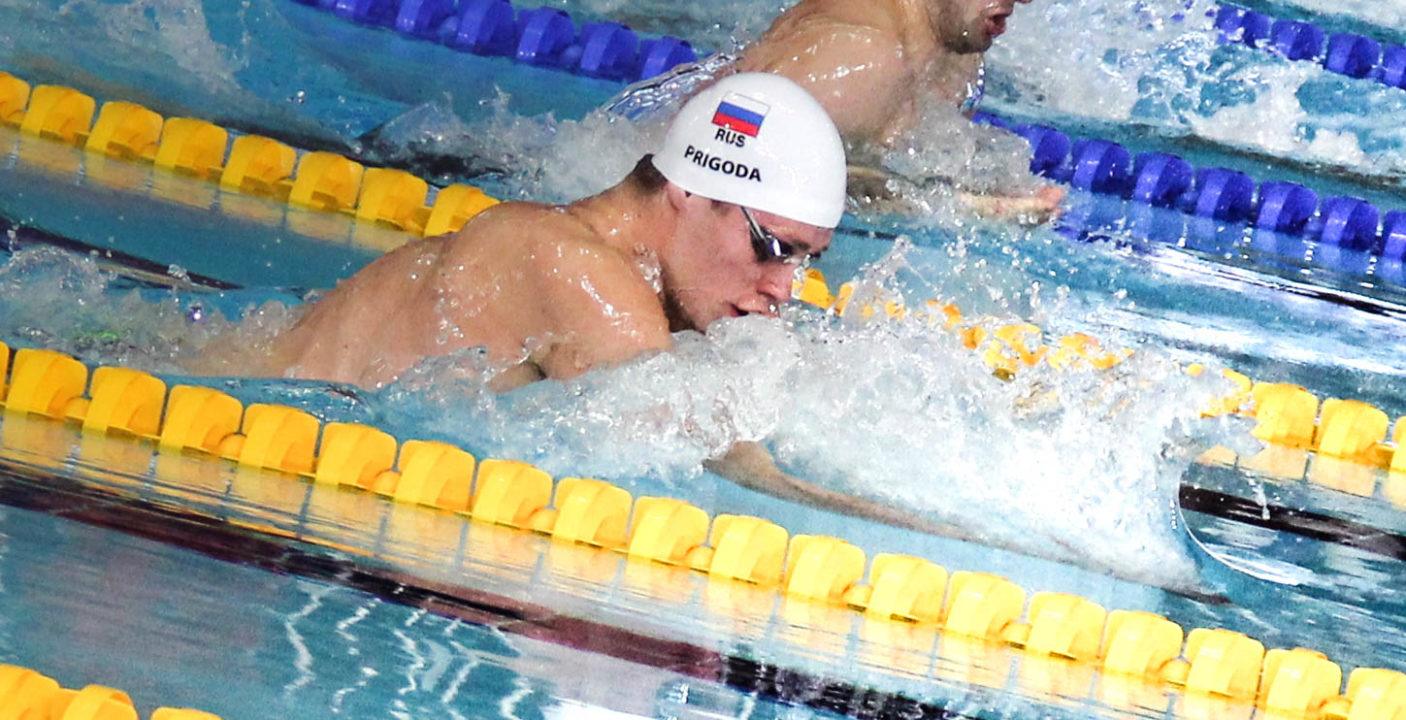 First, Gabby DeLoof picked up the win in the women’s 200 freestyle, with teammate Paige Madden also snagging silver. Later, Austin Katz won the men’s 200 back, with teammate Clark Beach also getting the bronze medal. The USA’s final gold of the night came in the men’s 4 x 200 freestyle relay, where the Americans held off the Italians for the victory.

Elise Haan won the US its second silver of the night in the women’s 50 backstroke, while Coleman Stewart and Ian Finnerty added two more bronzes to the heap with strong performances in the 100 fly and 50 breast, respectively.

Host nation Italy won its first gold medal of the competition when Silvia Scalia won the women’s 50 backstroke in 27.92. The Italians only other medal of the night was another silver, won by the men’s 4 x 200 freestyle relay team.

Kirill Prigoda grabbed another gold medal for Russia in the 50 breast, while Grigory Tarasevich added a silver from the 200 back to the haul, and Mariia Baklakova a bronze in the 200 free.

Calypso McDonnell won Australia bronze in the women’s 50 backstroke, and again at the end of the session, the Australian men won bronze in the 4 x 200 free relay.

South Africa benefited from a huge surge forward in the medal standing yesterday, but today only increased  their tally by one with a silver from Michael Houlie in the 50 breaststroke.