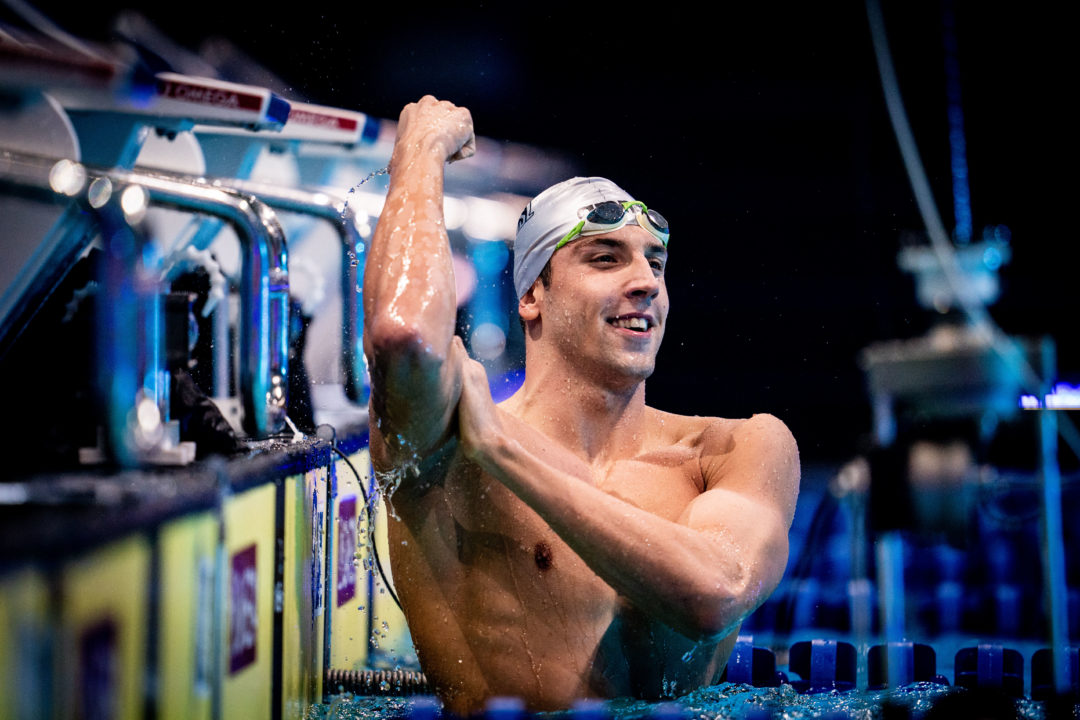 When asked about skins champion and teammate Emre Sakci, Glinta echoed his Iron teams previous sentiments: Sakci is the real deal in and out of the pool Current photo via Courtesy of Mine Kasapoglu for ISL With permission

Shymanovich opened the men’s skins with a lifetime best of 25.57. Shymanovich was able to jackpot the slowest four swimmers; the same four who were eliminate from the race. Shymanovich’s Energy Standard teammate Felipe Lima got into the next round from fourth. Iron’s Sakci and Toronto’s McKee were 2nd and 3rd, respectively.

The favourites Shymanovich and Sakci did what they had to do here, getting to the wall first and eliminating Lima and McKee. This time, however, it was Sakci who got his hand on the wall first. With one round win each, the final race of the meet will come down to who has the most left in the tank in the third round.

With an early lead in the final round, Sakci was able to defeat Shymanovich to take the event. Sakci was consistent throughout the race, swimming a 25.5 to close out Match 7. The second skins victory for Sakci gave him enough points to win the MVP award for the meet.

Could the dolphin kick be any more obvious at the end??!!
https://fb.watch/1C4FMKRGHc/

That’s okay. They both cheated like there was no tomorrow 🤷‍♀️