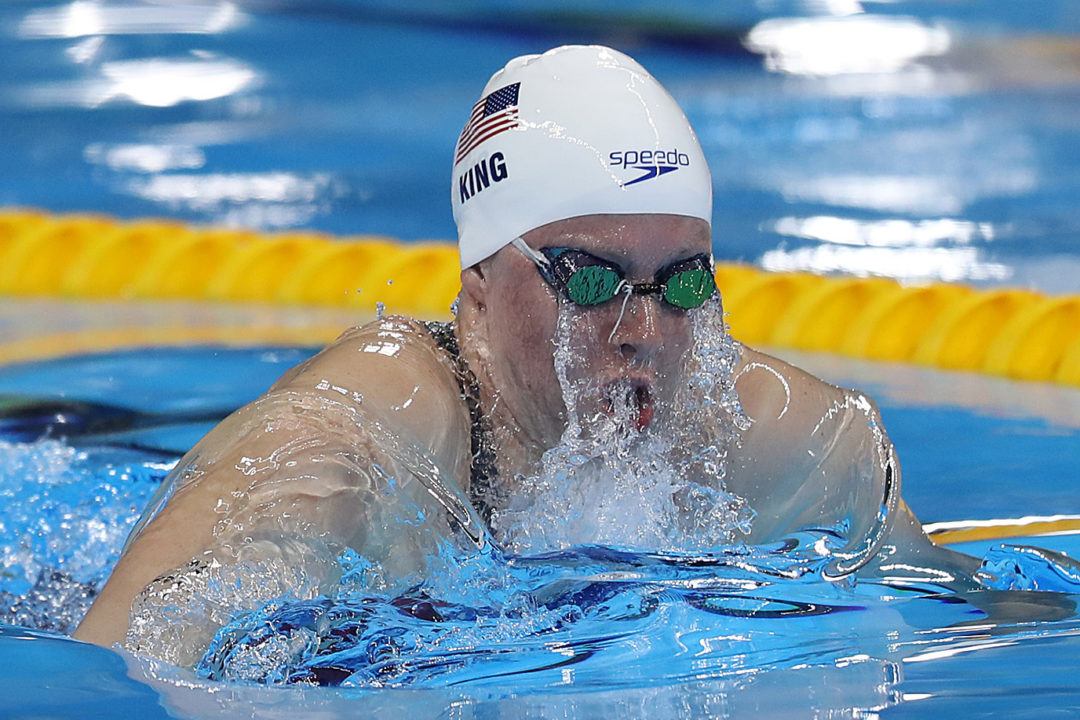 Day two was exhilarating, as three individual world records electrified Rio and the Twitterverse blew up with all of the... Current photo via Simone Castrovillari

Day two was exhilarating, as three individual world records electrified Rio and the Twitterverse blew up with all of the fast swimming (and drama).

Of course, Michael Phelps and Katie Ledecky are the greatest swimmers in the world right now, and Twitter was lit up after Ledecky smashed her 400 free world record and Phelps’ delivered an incredible 47.12 split.

Perhaps the biggest moment that didn’t have to do with world records was Lilly King‘s finger wag to Yulia Efimova. In a new rivalry that alludes to a bigger picture of corruption and injustice in the sport of swimming, King’s finger wag on national television got people riled up on Twitter.

Check out some of the best tweets from today’s Olympic competition below:

In what could be the most politically and emotionally charged events of these Games, Yulia Efimova won semifinal 1 of the women’s 100 breast. The Russian, who has been caught doping twice now, was booed after her swim, but Lilly King‘s reaction was iconic. Efimova put up her finger as if to signify her winning her heat, but King, as she watched the Russian on the TV before she herself swam a semifinal, wagged her finger at Efimova. Minutes later, she would swim .02 faster than Efimova and take the top seed going into finals.

Check below for footage of the finger wag:

And, of course, the big-time American win in the 4×100 free relay was a big hit on Twitter.

Leslie Jones is probably in my top 5 favorite people to ever exist. And now she likes swimming too #leslieforpresident

Someone needs to find / make a meme for Manaudou’s terrible attitude to the French silver in the 4×1. The face on him!

He is a Big Mouth on top of a Big body building structure to me – not surprised by his attitude . They though they would smash the Usa but they got smashed instead . He can’t swallow the sour pill .

She is holding up the wrong finger though.

I hope the entire heat destroys her and she finishes eighth!

I hope she destroy the cheater tomorrow.