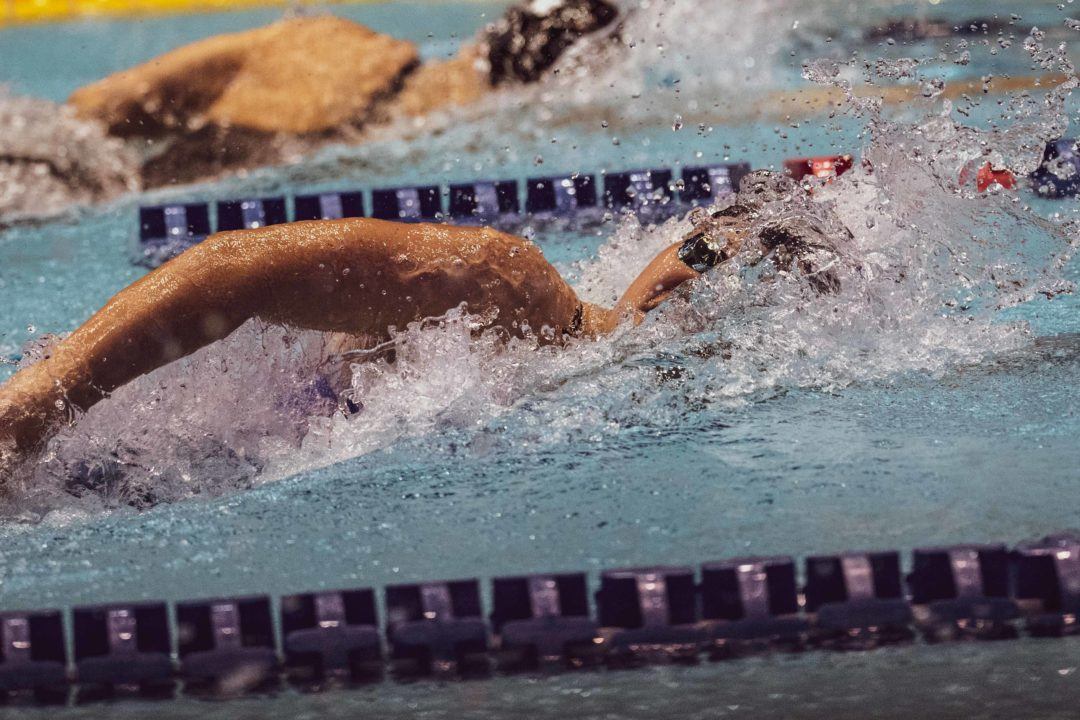 19-year-old Rio Shirai made some waves over the weekend, competing at the Hyogo Prefectural Championships, one of several taking place in Japan. Archive photo via Mike Lewis/Ola Vista Photography

20-year-old Japanese Olympic hopeful Rio Shirai was in the water over the weekend, competing at the 89th Prefectural Championship meet in Hyogo.

As we reported, due to the coronavirus restrictions within the nation of Japan, the usually one-location Japanse National Junior Olympic Cup is being held at the prefectural level. Dates for the various local competitions span Saturday, July 18th through Wednesday, September 30th. As in the past, swimmers are broken into age groups of 10 and under, 11-12, 13-14, 15-16, and ‘championship’, with age determined as of August 22nd of this year.

As such, this Hyogo meet represented one of such competitions with Shirai highlighting the women’s side of the competition. Shirai tackled 3 events during the competition, including the 100m free, 50m back, and 100m back.

In the first swim, Shirai pounded the competition with a menacing victory of 54.99. Although splits are not yet available, Shirai had to have led from start to finish, as the next closest competition touched over a second and a half later in 56.7.

Toyo University-trained Shirai owns a liftime best 100m free time of 54.27, a result she posted in September of 2019 at the Japanese Sports Festival. That outing rendered her as Japan’s 5th fastest performer all-time.

The next event of the 50m back for Shirai here in Hyogo saw the teen touch in 28.66 to register the only sub-30 second time of the field.

Finally, Shirai grabbed a time of 1:01.05 to top the women’s 100m back podium by over 4 seconds. Shirai’s personal best in this event rests at the 59.43 she put up last September.

More recently, at an unofficial time trial in practice, Shirai snagged a result of 1:00.44 only after just a handful of weeks back in the water.