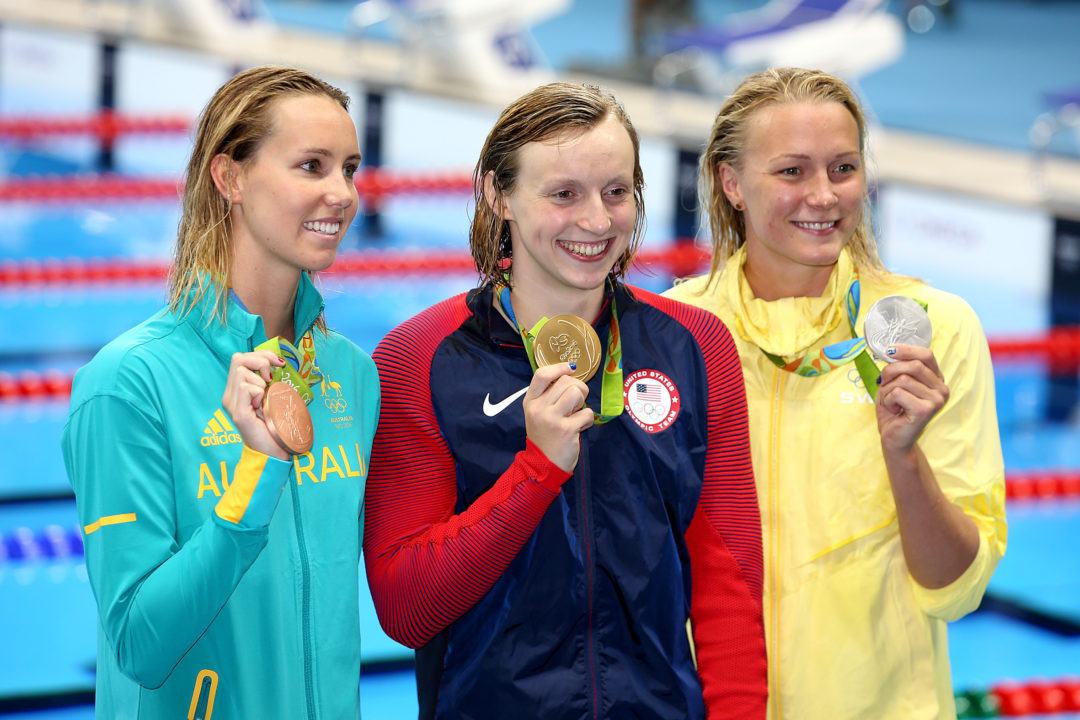 Sarah Sjöström has confirmed in an interview with Swedish news site SVT that she does not plan on competing in the 200 free at a major championships again. Archive photo via Simone Castrovillari

The WIAA Board of Control also voted to ban the use of CBD products without a prescription among high school student-athletes.

Sarah Sjöström has confirmed in an interview with Swedish news site SVT that she does not plan on competing in the 200 free at a major championships again. This came after she swam a 1:56.44 in the event to win the Swedish Nationals title tonight in Boras, Sweden. That time ranks her 8th in the world this year.

The 100 butterfly world record holder’s agent told NBC earlier this month that she wouldn’t race the 200 free this summer in Budapest at Worlds. Tonight, though, we learned that she won’t be racing it at another major meet like the World Champs, the Olympics, or the European LC Champs (in non-Olympic years). She didn’t specify what she meant by ‘major,’ but those three meets would cover each of the biggest summer meets that she competes at during a quadrennial, and we probably won’t see her swim this race again with a full taper.

Sjöström is an excellent 200 freestyler. Her lifetime best of 1:54.08 from her showdown with Katie Ledecky is the fifth-fastest time ever done, and she’s the 4th-best performer in the event behind world record holder Federica Pellegrini (1:52.98), Olympic record holder Allison Schmitt (1:53.61) and Ledecky (1:53.73). She also holds the 6th- (1:54.31) and 7th- (1:54.34) best times in history. Sjöström has been the closest to making Ledecky look human in an individual finals race at a major international meet– in their 200 free battle last year, the Swede (29.13) out-split the American (29.18) on the final 50, and finished less than four tenths behind her at the wall.

Sjöström didn’t say that she was done with the event completely– she did say tonight that she’ll use the 200 free as a training race (like she did tonight at Swedish Nationals).

Without the 200 free on her main schedule, Sjöström has been training for pure sprint events. As we’ve seen this year, dropping the 200 is paying off in big ways for her. She has been very close to world records in the 50 and 100 freestyle multiple times this year, and is setting herself up for huge performances in Budapest at worlds. Most recently, tonight she broke the Swedish 50 back record and dropped under 28 seconds for the first time ever.

Prolly not a terrible decision, though. Wonder if that also rules off 4×200 relays?

She will swim it in relays. But Sweden will not swim that relay again until a fourth swimmer arrives. Could be Euros next year, could be in Tokyo. Could be never.

I don’t understand what makes Sarah Sjostrom to hate this distance so much. Maybe because 1:54.08 is twice as hard as 52.08. Maybe she hates to lose. But she didn’t compete at 200 before Ledecky neither.
People say that training for 200 hurts her sprinting abilities. How?
I don’t understand her. If it was some other swimmer I would assume that she isn’t just a hard worker. But we are talking about exceptionally gifted person. Elite of elite. One cannot be at such level without sweat and pain.
I don’t understand.

Losing is a terrible and bad thing. Nothing positive about it I would assume

Take training out of it, it still adds races to her meet program. She was pretty dead by the time the 50 free showed up in Rio, not even making the final.

I’m inclined to think she has been indecisive about the 200 distance for the last 6 years of her life. She has given the 50free, 100 free and 200free similar amounts of attention with (relatively) compromised results. I think her silver medal and her current sprint times have put in perspective what she is capable of without that indecisiveness and just going with it.