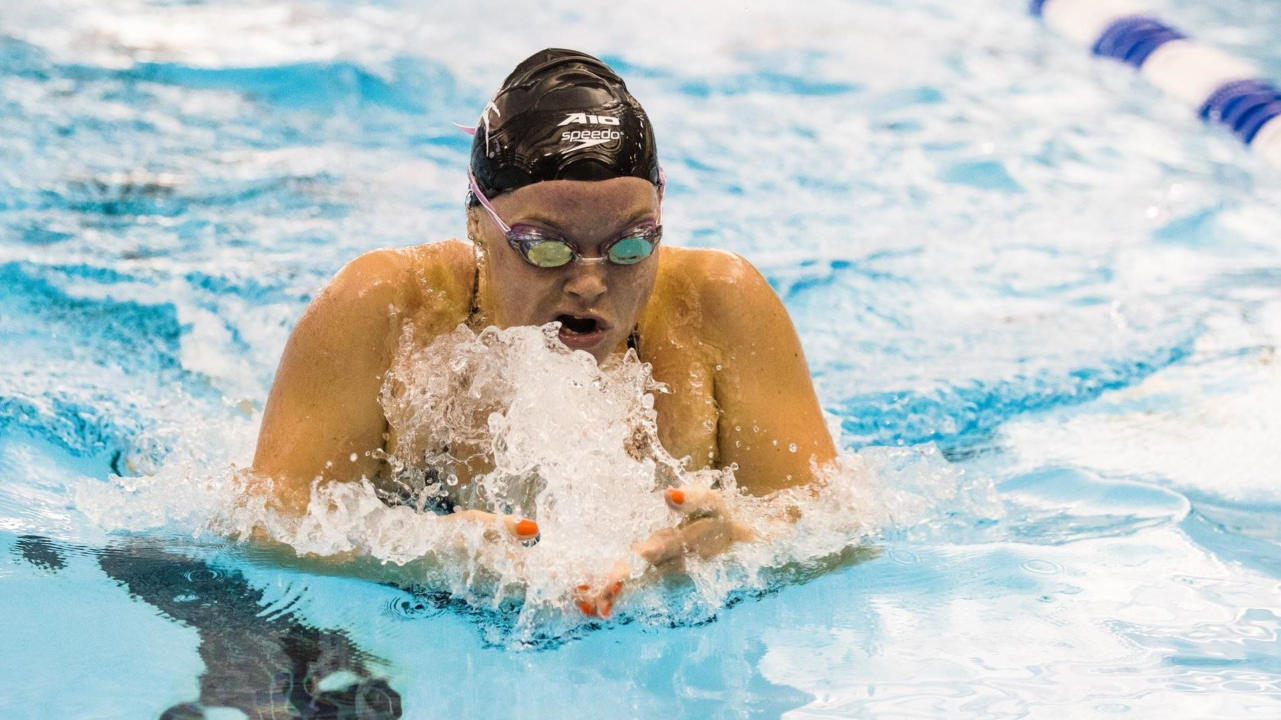 The University of Richmond swimming and diving team took its second win in as many days with a 164-131 defeat of Davidson. Current photo via Richmond Athletics, Keith Lucas

UNIVERSITY OF RICHMOND, Va. – The University of Richmond swimming and diving team took its second win in as many days with a 164-131 defeat of Davidson in day two of the 2019 Richmond Duals. The Spiders took down reigning A-10 Champion Duquesne on Friday.

Gouger posted her second win of the weekend in the 100-yard backstroke, finishing in 57.02, before teammates Ellie Ronan (Marblehead, Mass.) and Mattie Williams (Lake George, N.Y.), finished second and third in 57.83 and 58.27, respectively.

Medlin posted her first win of the day with a top finish in the 50-yard free, finishing in 24.07, while her senior teammate Eliza Manning (Frederick County, Md.) finished third in 24.41. Gouger then followed that up with her second win of the afternoon, touching in 2:02.31 in the 200-yard back, before Ronan finished third in 2:06.99.

The Spiders return to action on Friday, November 1, when they compete at the Thomas Murphy Invite, hosted by Loyola (Md.). The two-day event in Baltimore will conclude on Saturday, November 2.

“The women were outstanding in both meets this weekend,” said Davidson coach John Young. “Today’s meet with Richmond was one of the more exciting we’ve contested in a while. Led by Sarah Helen subbing into the 100 breast for the win, and matching up with UR’s NCAA qualifier, the women made chances to take the meet — they were in it throughout.”

Up Next
Davidson returns to the pool next Saturday with a home meet against Georgetown, which will begin at 12 p.m. in Cannon Pool.