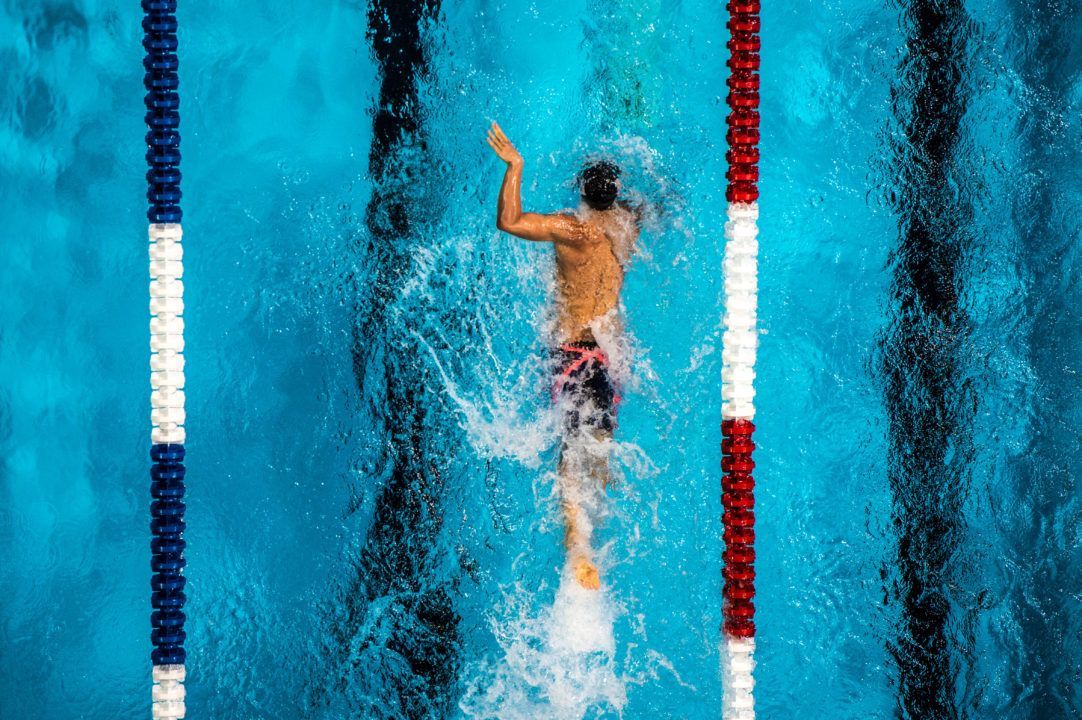 HOUSTON — Junior Jaecey Parham led a 1-2-3 finish in the 200-yard individual medley and swam on two winning relays to lead the Owl swimmers into first place in the team standings after the opening round of action at the Rice Invitational Friday evening in Houston.

After the first five events held on Friday the Owls lead the three-team meet with 115 points. Crosstown rival Houston is in second place with 65 points and the U.S. Air Force Academy is third with 61. The 18-event meet concludes on Saturday with two more sessions at Rice’s Competition Pool. The morning schedule of eight events begins at 10 am. The meet’s final five events is slated to start at 2 pm.

Parham was sound and solid leading the way Friday. The junior from Lubbock, Texas, led a 1-2-3 Rice finish in the 200-IM with a time of 2:04.72. The Owl duo of Kaitlyn Swinney and Marie-Claire Schillinger were second (2:06.13) and third (2:08.13) in the event, respectively. Parham also swam the butterfly leg of Rice’s 400-medley relay that posted to a comfortable winning time of 3:47.56. She then came back and anchored the Owls’ winning 800-freestyle relay that finished with a season-best mark of 7:41.56.

HOUSTON – The Owls’ swim team returns to home action at the Competition Pool this Friday-Saturday (Nov. 4-5) with the annual Rice Invitational. The 18-event meet features three sessions over two days where the Blue & Gray will go head-to-head against crosstown rival Houston and the U.S. Air Force Academy. The meet is previewed in the below video.

The Rice Invitational is three separate sessions over three days. The respective (Central) start times, and full schedule of events, is as follows:

HOUSTON — The trio of Kiley Beall, Marie-Claire Schillinger and Kaitlyn Swinney each won two individual events to pace the Owl swimmers to the team title of the Rice Invitational Saturday afternoon in Houston.

With eight individual wins and sweeping three relays, Rice won 11 of Saturday’s 13 events to finish in first place with 389 points. Crosstown foe the University of Houston was second with 240 points while the U.S. Air Force Academy was third with 186.

“Great racing from Kiley,” said Rice head coach Seth Huston, now in his 15th season at the helm of the swim program. “M.C. continued to own the breaststroke events. Kaitlyn Swinney had some great swims today in the 400-IM, 200-back and breaststroke.

“Sydney Franzen has entered the realm of 200 fly now (with a 2:06.61 to finish third),” Huston said. “She swam a veteran, textbook race. It was great to see our 400-free relays finish so well (taking first and second).

“The girls really stepped up and swam great today,” he added. “I feel like we exhibited a toughness and ability to keep coming back and racing today.”

Houston finished in second with 240 points. Rice lead the way in first with a score of 389 while Air Force rounded out the podium with 186 points.

“We fought hard through the entirety of the meet and we saw some encouraging things,” Swimming and Diving Head Coach Ryan Wochomurka said. “Now we turn our attention to cleaning things up for two weeks from now against some tough teams at the Phill Hansel Invitational.”

Fellow freshmen, Gaby Jimenez and Victoria Roubique captured podium finishes at Rice. Jimenez finished second in the 200-yard IM with a time of 2:21.73. In the 100-yard breaststroke, Roubique finished third touching the wall at 1:05.92.

To conclude the Rice Invitational, Houston had two relay events finish in the top three. In the 200-yard medley relay, the team of Laderoute, Peyton Kondis, Rodriguez and Hanna Blewett finished second with a time of 1:46.18.  The relay team of Cait Horner, Laderoute, Blewett and Michaela Hamrick placed second in the 400-yard freestyle relay touching the wall at 1:37.68.

UP NEXT
The Cougars will host the Pearland Invitational at the Campus Recreation and Wellness Center from Nov. 18-20. Houston will compete against 10 teams in the three-day invitational.

The men’s and women’s swimming and diving teams are back in action on Nov. 11-13 at the USC Diving Invitational in Los Angeles, Calif.