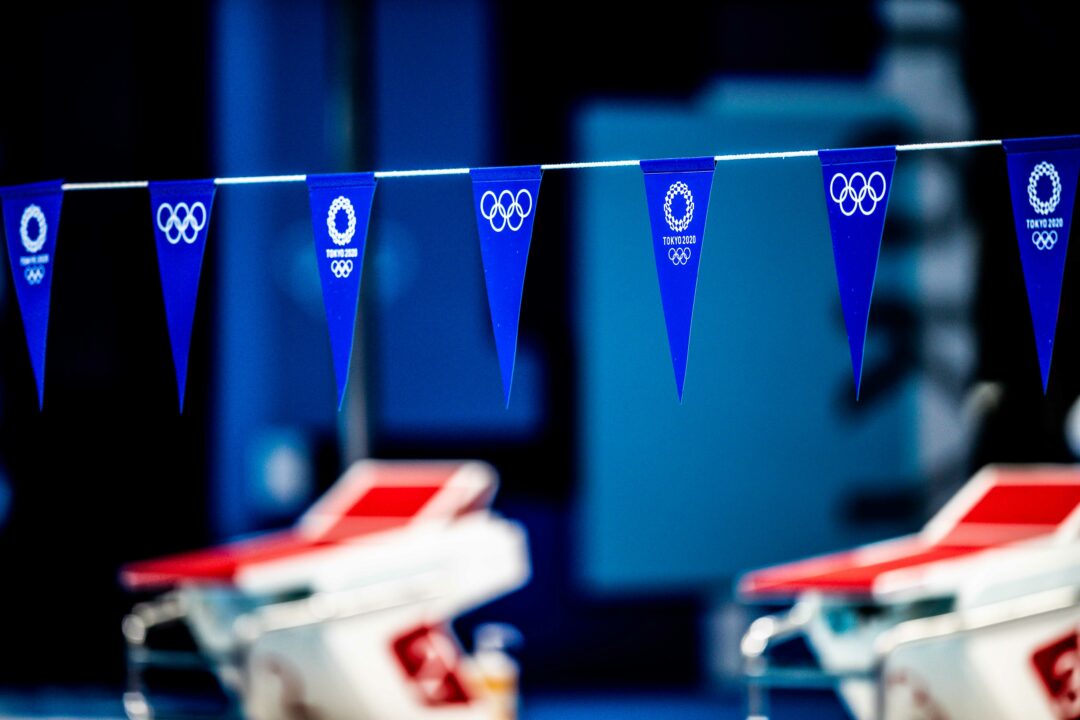 Fond memories of being "Record breakin' ready" back in Summer League, just like the Olympians we're watching today are. Stock photo via Jack Spitser/Spitser Photography

As you already know about me, if you’re a regular reader, I used to love being on my summer league team. There is just something different about summer league. Maybe it’s that you swim against a different team every week at a dual meet. Maybe it’s the number of sno-cones you could unabashedly eat during City Meet weekend. For sure though, a big part of my love for summer league swimming was tied hand in hand with one specific event though. The mixed 4×50 freestyle relay.

My siblings and I joined our neighborhood summer league the summer that I was 11. We had just moved to Alabama at the beginning of the school year, and we were welcomed with open arms. This was the first summer I was ever introduced to the idea of a mixed relay. From the first time I got to be on that relay when I was 11 years old, it was extra exciting to me. Now, half a lifetime later, at 22 years old, a mixed relay is still my favorite thing to watch. Whether it is a local summer league meet or at the Olympics, there is just an extra layer of excitement and strategy that comes along with this. While I was first introduced to the mixed relay the summer I was 11, it was the next summer where things started to pick up. That summer was the first time my relay broke a City record. It’s been 10 years since we broke our first record, so I really can’t even remember if it was just a dual meet record or a City Meet record, but that summer set the stage for the 4 of us.

After that first summer, my little relay team was undefeated in the 4×50 mixed free relay from 12 years old to our last year at 17. We broke dual meet and City Meet records alike. We were first in the City for 6 years in a row. The funny thing is, is that individually we were not the best in the City- I certainly was not. There was just something about the energy we brought when we were together. As we stood behind the block (or lack of block if it were a dual meet) before that race each time there was one thing that we told each other. One of us would say the words, “Record Breakin’ Ready” and the other three of us would repeat it back, affirming that we were all ready to go.

There’s something to say about mindset. For a lot of my swimming career, I had a hard time having a lot of confidence in myself for individual events. I always swam much faster in a relay because I knew that my teammates needed me and believed in me, and so I could believe in myself. Telling each other that we were ready to break this record meant that nobody could touch us. Not because we were the absolute best, but because we had the best mindset and we were all in it together.

Fast forward to a couple of weeks ago. I was sitting up at my summer league pool on an unusually quiet weekend. It was quiet because the City Meet was going on across town and all the kids were competing. It happened that two of the other members of my mixed relay were up at the pool that day, so we sat there chatting about all the fun we had. We were told while we were up at the pool that someone saw our names in the heat sheet over at the meet. In the 5 years since we had swam our last race together, most of our records had been broken except for one. I love that we still have one left, but even if we didn’t, I wouldn’t care. Because records are meant to be broken. All those years swimming together, I couldn’t tell you a single one of the times we needed to swim. The thing I remember though? I remember being “Record Breakin’ Ready”.

As I sit here now, reflecting on those years swimming for the Byrd Spring Bullsharks, I think about how having a team you love and a great mindset will take you far. While having a local Summer League record is really nothing of note, I think about the Olympians we see competing right now. The people we will see standing on top of the podium, with gold around their necks will be the ones with that step up before their event and tell themselves that they are “Record Breakin’ Ready”.

I love this article Mary Northcutt!!! You have a way of using words to express the emotions happening at the moment in time. Thank you for sharing your experience!