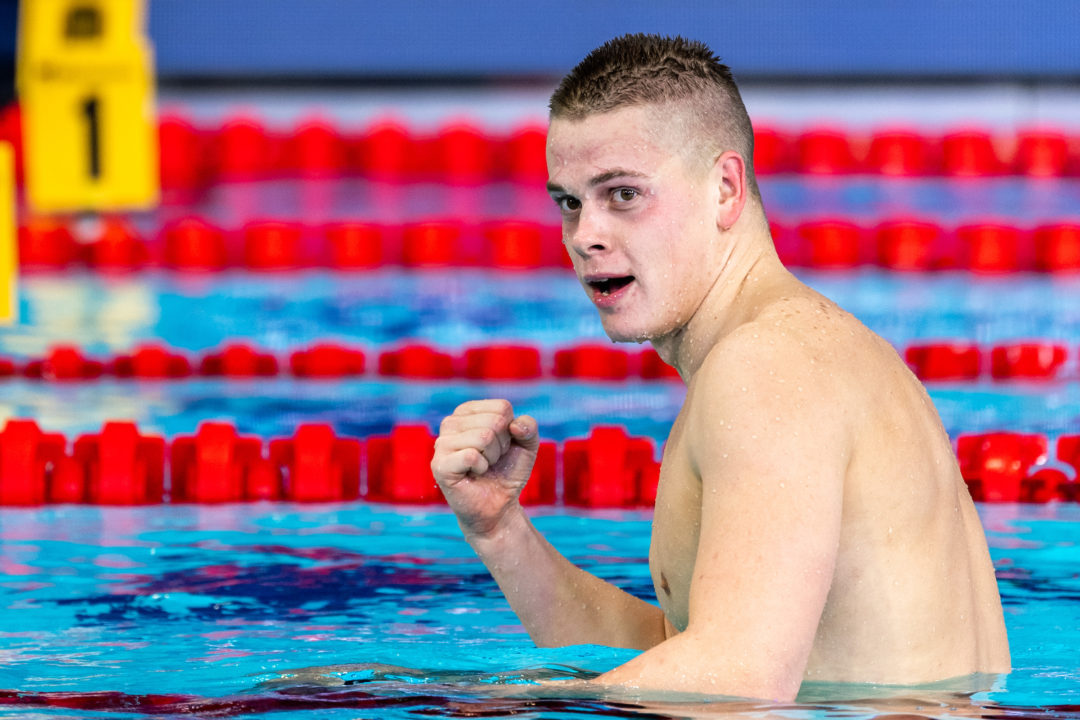 Danas Rapsys and Simonas Bilis are among those preparing to compete as many of Lithuania's top swimmers converge in Klaipėda this week. Archive photo via Giorgio Scala / Deepbluemedia / Insidefoto

The 2021 Lithuanian Swimming Championships will get underway this week in Klaipėda, Lithuania with many of Lithuania’s top swimmers making their way to the 3-day affair.

Bilis has raced for Lithuania at the last three World Swimming Championships along with the 2016 Olympics. Both of his personal bests in the freestyle sprints (21.70 and 48.64) are Lithuanian swimming records.

Rapsys won’t be swimming what is arguably his strongest event recently which is the 400 freestyle. At the 2019 World Swimming Championships, Rapsys was a 3:43.50 in the event, earning a fourth-place finish. He also recently had a strong short course 400 freestyle run in the 2020 ISL season, winning the event a number of times.

No women in Lithuanian swimming have been able to touch the breaststroke national records since elite Rūta Meilutytė spent much of the last decade re-writing the record book. Since Meilutytė’s 2019 retirement from the sport, Kotryna Teterevkova has been on the rise within the Lithuanian breaststroke scene and will swim the 50, 100, and 200 this week as top seed in all 3. Each of Teterevkova’s PBs are still a bit off Meilutytė’s standing records but certainly within striking distance for the 19-year-old over the next few years:

Also racing this week on the women’s side is Ugnė Mažutaitytė. She holds the fastest entry time in all three backstrokes and is the Lithuanian record holder in the 100 and 200. Her 1:02.10 NR in the 100 gives her a significant edge over second seed Paulina Pekunaitė (1:04.54). Mažutaitytė and Pekunaitė are also seeded in first and second in the 200 with Mažutaitytė’s NR of 2:11.56 giving her a 9 second lead over Pekunaitė’s 2:20.88. In the 50, Mažutaitytė is the only sub-30 entry with her 29.24 PB giving her nearly a second lead over Pekunaitė’s 30.21.