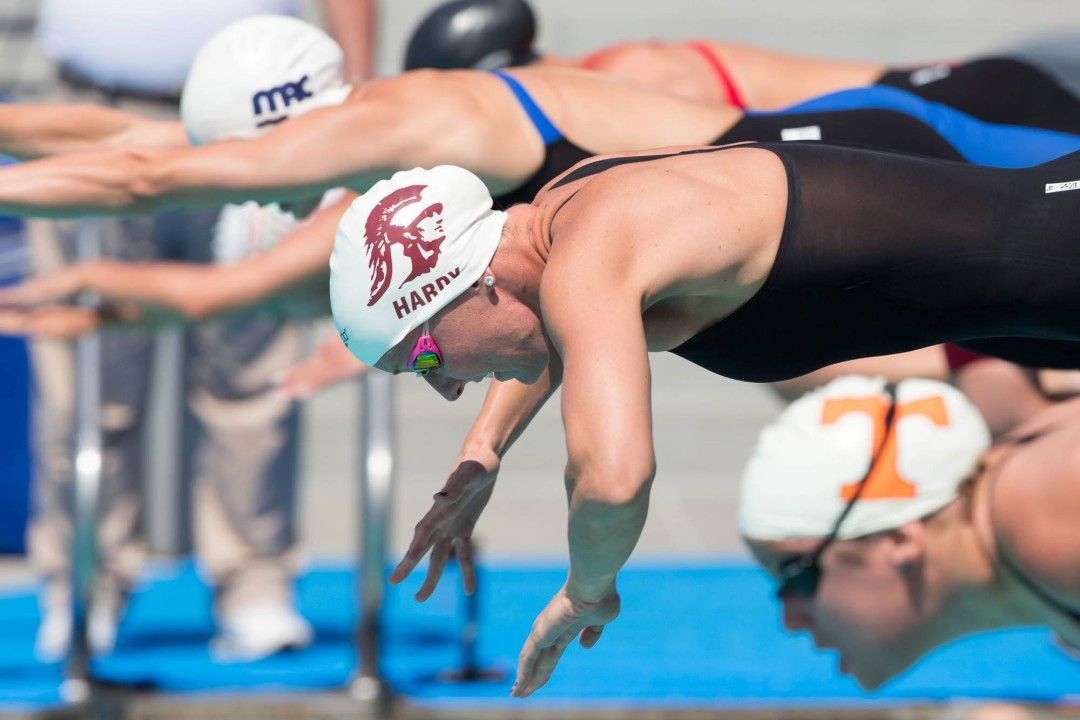 Jessica Hardy of Trojan wrapped up the race with absolutely no issue with a winning time of 30.12  and got stronger... Current photo via Tim Binning/TheSwimPictures.com

Jessica Hardy of Trojan wrapped up the race with absolutely no issue with a winning time of 30.12  and got stronger as she continued to cruise through with the second fastest time in the world this year. Breeja Larson took second.

Lilly King threw down with some outside smoke and took the B final from lane 1 with a 31.18.

Nikol Popov had the race under control from the start and finished first in the C final with a time of 31.97.

Can I please get 2 clarifications fro the staff?

1. It says above that Larson secured a Pan Pac Team spot. I thought that the 50 stroke events did NOT determine Pan Pac spots.

Thanks, Braden! I did see that Pan Pac schedule, but I swear I read somewhere on this site that they WERE having 50’s, so I thought it was on oversight. Well now all is clear. You must be exhausted, I hope you get to take a break soon! 🙂