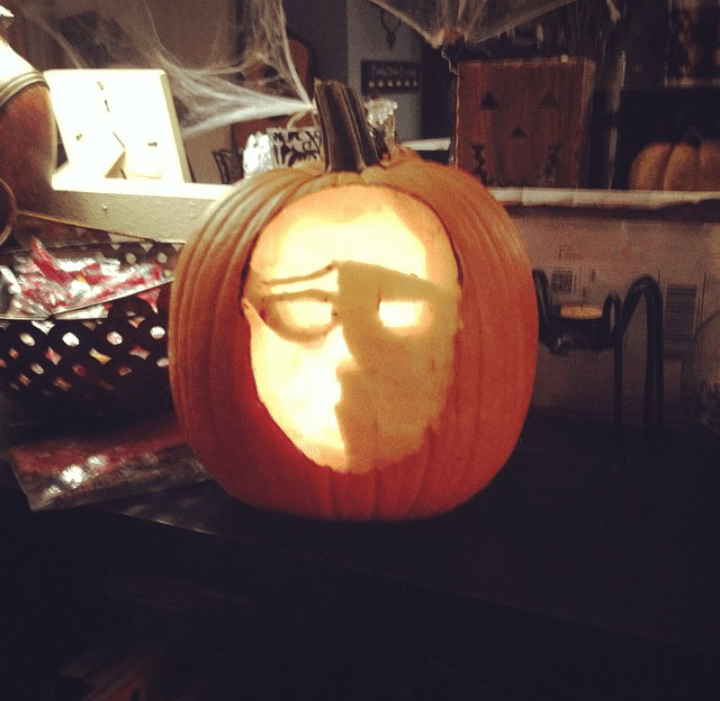 Thanks to all our awesome followers and those who sent stuff in, we now have a great photo vault for your trick-or-treating, costume, and pumpkin viewing pleasure.

Conor Dwyer (@c_dwyer) as a nerd on the rooftops of Chicago

Jeff Vitek (@jeffvitek) and the team with a pretty impressive pumpkin

I think I’m in love with Tyler Fenwick’s puppy, Happy Halloween from University of Tennessee!