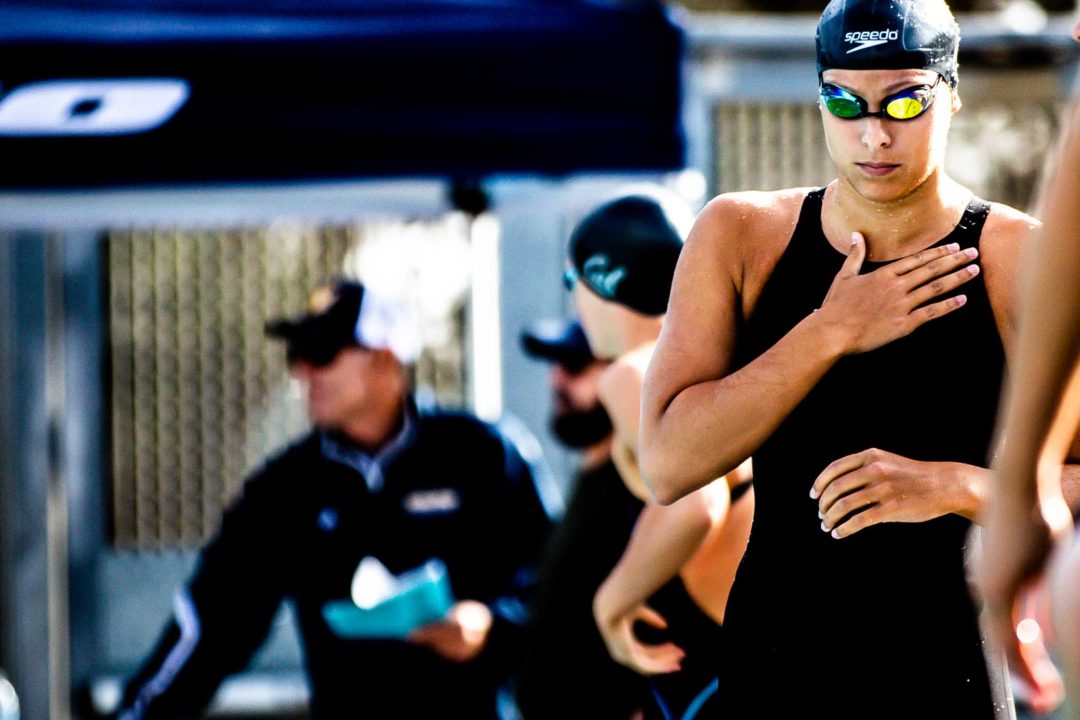 Ivey managed to win a majority of the events at Cal's first meet of the year to earn the distinction of Queen of the Pool. Archive photo via Jack Spitser/Spitser Photography

The University of California, Berkeley, and California Polytechnic swim teams competed in the annual King and Queen of the Pool meet on Friday, Sept. 24. During the pentathlon-style meet each competitor races all four strokes 100s and the 100 IM. Upon the completion of all five races, the man and woman with the quickest aggregate time are crowned King of the Pool and Queen of the Pool, respectively.

This year’s King and Queen of the pool were Cal seniors Hugo Gonzalez on the men’s side and Izzy Ivey on the women’s.

Ivey placed second in the 100 backstroke with a 54.07 to teammate Isabelle Stadden, who hit a 53.45 for the win. Ivey and Stadden actually went 1-2 at last year’s Pac-12 Championships in the evennt, with Ivey swimming a 51.13 for gold and Stadden a 51.17 for silver. The duo also raced the event at NCAA Championships, where Ivey finished just off the podium in a 50.85 while Stadden touched in a 50.87 for 5th.

Fourth place overall on the women’s side of the meet went to Cal sophomore Emily Gantriis (4:48.74) while the top-performing freshman was Mckenna Stone in 5th place (4:49.12). Cal Poly’s top performer overall was sophomore Katie Cross who earned a 5:05.66 for 22nd place.

Great sprint format to kickoff the season at a nice venue. A lot of personal best times across both teams is amazing to see at the first meet of the season.

If you are ever in the area Cal Poly SLO, come watch this meet. It really is a great event to watch. Obviously I’m a Cal fan, but cheers to both teams. Well done!

Why am I looking for that girl from Canada? I forgot her name. Same class with Robin N.

That other girl, graduated and is pursuing her career

Emily Gantriis is a sophomore