Queen Elizabeth II Dies At 96: Her History In The Pool 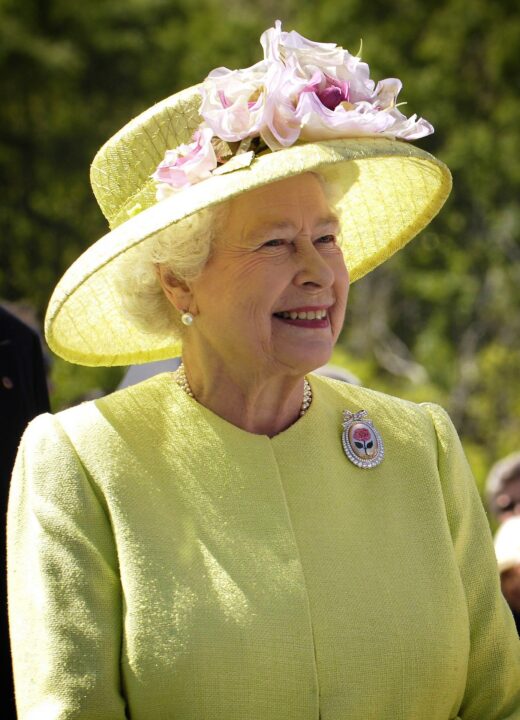 Prior to her coronation in 1952, the Queen was quite the athlete, including winning multiple swimming badges in her teenage years.

The entire world is mourning today after it was announced Thursday afternoon that Queen Elizabeth II had died at the age of 96.

Her family gathered at her Scottish estate, Balmoral Castle, after concerns began to grow about her health earlier on Thursday prior to her death.

The Queen died peacefully at Balmoral this afternoon.

The King and The Queen Consort will remain at Balmoral this evening and will return to London tomorrow. pic.twitter.com/VfxpXro22W

The Queen was the United Kingdom’s longest-serving monarch, having reigned for 70 years. Her reign began on February 6, 1952, when she became the queen regnant of seven independent Commonwealth countries, as well as the Head of the Commonwealth, at the age of 25 after her father’s death. With the Queen’s passing, her eldest son Charles, the former Prince of Wales, will lead the UK as the new King and head of state of 14 Commonwealth realms.

But in addition to all that the Queen did during her royal reign, she was also a swimmer once upon a time.

Queen Elizabeth II began her swimming career at London’s Bath Club at the age of 10, first having learned breaststroke and backstroke.

At 13, she won the Children’s Challenge Shield at the Bath Club, and would wear the badge she earned from the achievement on her swim suit every time she wore it.

At the age of 14 in 1941, she recalled receiving a medal from the Royal Life Saving Society after completing the necessary training. She would later learn that she was the first teen to receive the award.

“I didn’t realize I was the first one – I just did it and had to work very hard for it!” she said on a video call last year, according to People.

Like the Children’s Challenge Shield, she also wore the badge she earned from the Royal Life Saving Society on her suit.

“It was a great achievement and I was very proud to wear the badge on the front of my swimming suit,” she said. “It was very grand, I thought.”

📸 80 years ago, as Princess Elizabeth, The Queen became the first young person in the Commonwealth to achieve the @rlsscw Junior Respiration Award.

This helped to establish lifesaving and resuscitation qualifications across the network of nations. pic.twitter.com/fWTnnYYg8d

When she was coronated more than 10 years later, the Queen bestowed her most gracious patronage upon the Amateur Swimming Association (now British Swimming).

Despite her focus straying away from the sports world upon her coronation, the Queen still showed plenty of athleticism at the 2012 Olympic Games, memorably parachuting into the Opening Ceremonies with James Bond (Daniel Craig).

The Queen did not use a parachute to arrive at the 2012 opening ceremony. A stunt double was used.

And you’re never going to believe this, but Daniel Craig also did no jump out bc another stunt double was used. Crazy!

You are aware that it was a stunt double at the end of the parachute?

I bet this was news to at least a dozen people worldwide.

Which is why it was such a daft thing for James Sutherland to write in an otherwise decent article!

Ah yes.. the monarch who was openly concerned that her great grandson’s skin color would be too brown. Terrible loss.

Unfortunately for her, any statement made by any royal family member usually fell on her as the scapegoat. Learn more about her through texts and such and you’ll see she almost certainly said nothing of the sort. She was a very, very neutral woman both politically and personally. I’m sure she loved her great grandchildren all equally, and also…doted Meghan time and time again. As well as Kate, Diana, etc. Did Meghan say that the Queen herself said this? Just wondering. Good day, Piss Pooler! (What a classy name!)

Sounds like you need to have some tea! How dare I make fun of the racist monarchy??

Are you sure the Queen said that? Tabloids are quick to use her as the scapegoat. Post-mortem, out of respect, it would be nice if we could stick to the facts

I came back…because I’m so flabbergasted that someone can speak so I’ll of the deceased. …..
This woman had to abide by every. single. royal protocol her entire life. She couldn’t escape it because, well, if she did she’d experience the same shame that her uncle did to get her on the throne in the first place. She actually *did* sacrifice quite a lot for her country. And every word that came out of her mouth would, assumedly, be recorded. I very, very, very highly doubt she said anything in the realm of what you suggested, and to sum up the life of anyone in such a petty, vicious way speaks wayyy more about you than her. I do… Read more »

Yeah literally wasn’t the Queen who said that. Top job there.

Here’s my story … Leaving the swimming on Day 1 of the Melbourne Comm Games I saw a shortcut to the exit behind a wall of partitions…..I popped out at the end of the partitions and was in the middle of a line of swimmers bring introduced to the Queen!

Show some respect you internet troll

It’s more likely the Queen comes back to life than Peaty goes 55 in Paris.

Both a bigger chance than Dressel repeating 100 free Olympic gold.

Making jokes around the death of the queen is cringe at best. Grow up. Wasn’t even funny regardless

RIP Queen Elizabeth, all your citzens in Australia are in mourning as well, but grateful for your service.

Much love and respect to my Great Britain friends. The Queen was a remarkable and iconic woman. 🇬🇧

I know most American’s don’t get the strength of feeling in Britain, and I wouldn’t expect them to, but for 70 years she was the calming and reassuring voice our country could rely on whenever things were difficult. Things have seldom been more difficult for our country than they are right now, but she is no longer here to provide that little bit of normal we all need. It feels like everything is unravelling, truly the end of an era. A horrible day.

Rest in Peace, Your Majesty.

First time on the Internet?

HAVING studied in London for a year, I think as an American, I have a pretty good idea about “the strength of feeling in Britain” -Living with the English, that feeling was very clear: it was positive, warm, almost doting. RIP!

Indeed, with the English it was. Not so much the rest of a very dis-United kingdom, although I believe there was a common respect for Elizabeth. But she takes a great deal of the integrity surrounding the monarchy with her, and leaves behind a legacy, but not a lot of integrity. for example, they will now put a crown on the head of an adulterer.

Ahhh yes, an adulterer. Breaking with tradition as he is surely the first king in the history of Europe to have extramarital relations.

I would argue that having an adulterer on the throne makes him a more prototypical king than would the opposite.

Actually many of us do get it and can certainly understand how you must feel. She was admired and respected by many in the US. Condolences to all who loved her both as a person and as an upstanding symbol of a nation and commonwealth.