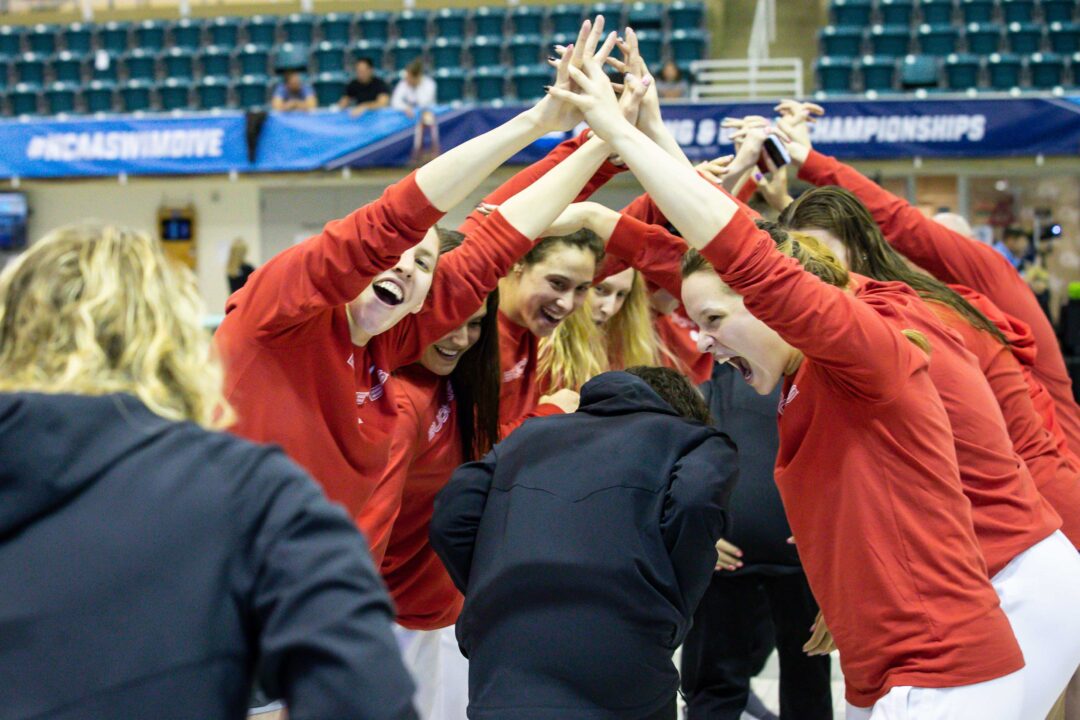 The Buckeyes' 2022-23 schedule includes the annual Ohio State Fall Invitational in November and a two-day double-dual with Alabama and Texas in January. Stock photo via Jack Spitser/Spitser Photography

COLUMBUS, Ohio – Ohio State Director of Swimming and Diving Bill Dorenkott has announced the Buckeyes’ schedule for the 2022-23 season.

“I believe the 2022-23 schedule offers something for everyone on our roster, from our world-class athletes to our first-year swimmers and divers who are looking to make their mark as Buckeyes,” said Dorenkott. “Our goals are simple: contend for Big Ten Championships, consistently be among the top programs in the NCAA and empower our young people to pursue their Olympic goals. We believe this schedule complements those goals.”

The Buckeyes begin the season with their annual Alumni Weekend, hosting the Scarlet v. Gray Intrasquad Scrimmage on Friday, Sept. 30 at 5:30 p.m. and the Alumni Meet on Saturday, Oct. 1 at 10:00 a.m.

The OSU women open their home schedule on Nov. 4 with a dual meet versus Akron and the teams are back together for a home meet against Denison on Friday, Nov. 11 at 5:00 p.m. The Buckeye women earned a dominant win over Akron, 228-91, last season and both teams were victorious against Denison.

From Nov. 30-Dec. 3, Ohio State will compete in the Toyota US Open in Greensboro, N.C. at the Greensboro Aquatic Center.

The Buckeyes open the new year with a trip to Tuscaloosa for a two-day double-dual meet with Alabama and Texas Jan. 13-14.

Ohio State matches up with Big Ten foe Michigan on Jan. 21 in Ann Arbor, before wrapping up its regular season road schedule at the Tim Welsh Classic, hosted by Notre Dame, Jan. 27-28. Both the men and women earned victories against the Wolverines last season and, at the Tim Welsh Classic, the men’s team placed first and the women took third place.

OSU closes out the regular season with the Ohio State Winter Invitational Feb. 10-12. The Buckeyes will be competing against Pitt.

The NCAA Championships will take place March 15-18 (women) and March 22-25 (men). The women will compete in Knoxville, Tenn. and the men will head to Minneapolis, Minn. The Buckeye men and women both placed ninth at the 2022 NCAA Championships. It was the first time the women captured back-to-back top-10 finishes and it was the third straight top-10 finish for the men. 27 Buckeye women and seven Buckeye men earned All-America honors.

“We take a long-term approach to student-athlete development; our swimmers and divers study, train and compete in Columbus on a year-round basis,” said Dorenkott. “In addition to the meets posted, our student-athletes will chase their dreams on the national and international stage as well.”

In summer 2023, the U.S. International Team Trials will be hosted June 27-July 1 in Indianapolis, Ind. and the Phillips 66 National Championships will take place Aug. 1-5 in Irvine, Calif.

Is McDaniel still suspended from the team and not allowed on campus?

I have always been curious…..why don’t B1G schools swim each other. Other than UMich, no other B1G schools. Is this normal?