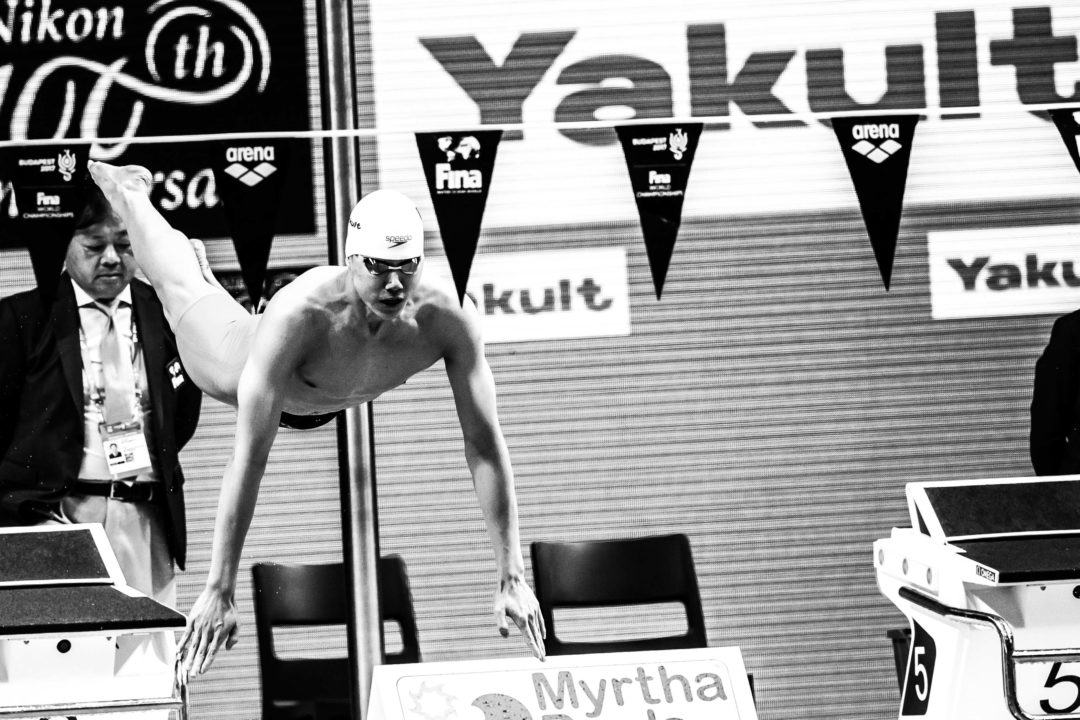 Today in Tianjin at the National Games of China, junior wunderkind Qin Haiyang lowered his own world junior record and Chinese national record to win the 200 breast by well over a second. Qin finished the race in 2:07.35.

Qin undercut the previous world junior and Chinese records by a second and a half. His old mark was a 2:08.71 from the 2017 Chinese National Championships.

You can see a split comparison between Qin’s April swim and today’s record below.

Qin still has the 200 breast to go this week in Tianjin.

Editor’s Note: all records await ratification before they’re official, but especially World Junior Records, which go unrecognized at a notoriously-high rate as compared to other records.

any evidence whatsoever to confirm this?

Crazy how quickly a 2:07 low/mid went from being super legit and almost unheard of to being somewhat common…

Such a dramatic post..
Jjwhwjklspsbqkkqkrjkqjqgegewuoqowkenrn?
I couldnt understand anything …