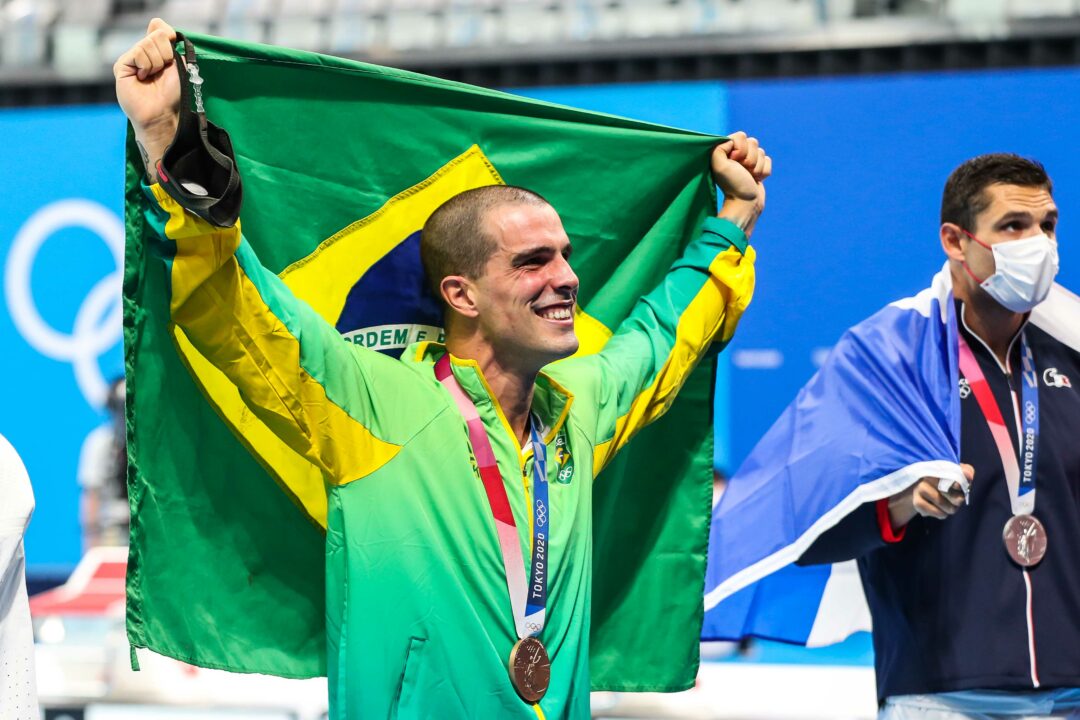 Brazil just wrapped up the 2022 Brazil Swimming Trophy, which served as its qualifying meet for the 2022 World Championships. Stock photo via Jack Spitser/Spitser Photography

Brazil just wrapped up the 2022 Brazil Swimming Trophy, which served as its qualifying meet for the 2022 World Championships, among other international meets this summer. For World Champs  selection, the top two finishers in each event will be named to the roster, provided they each achieve the FINA ‘A’ cut. Additionally, any swimmers who qualified for finals at the Tokyo 2020 Olympics last summer were automatically qualified for the World Champs team in those events.

It’s unclear whether Brazil will be exercising discretion to add additional swimmers to the roster who didn’t achieve a FINA ‘A’ cut, so for now, we have a good idea of what Brazil’s World Champs roster is going to look like.

Without further ado, here breakdowns of the pre-qualified swimmers, plus those who hit FINA ‘A’ cuts this past week.

Additional FINA ‘A’ Cuts Achieved at the Brazil Swimming Trophy

Notably, the women’s roster is much smaller than the men’s, which has been a trend in Brazilian swimming. That being said, there are a few bright spots on this women’s roster. 17-year-old Stephanie Balducci rocketed to a new personal best in the 200 free this past week, breaking 2:00 for the first time and getting all the way down to 1:57.77. Viviane Jungblut continues to improve in the women’s distance events, working her way down towards finals-caliber times on the international stage.

Also of note, 42-year-old Nicholas Santos will be one of the highest seeds from Brazil at the World Championships this summer. Santos threw down a scorching 22.73 to win the 50 fly, establishing the top time in the world this year by a giant margin. At 42-years-old, Santos stands a decent chance of winning a medal this summer.

Will Fratus win the medal again?

Not possible to have 5 guys in 50 fly and 3 in 50 breast. Only 2 per country! Your projections are those that have A cuts or those that will swim the events?

1:57 might squeak Balduccini in the final, she’s young and improving fast. Hopefully she is able to repeat the time or faster this summer.

At some meets it is.