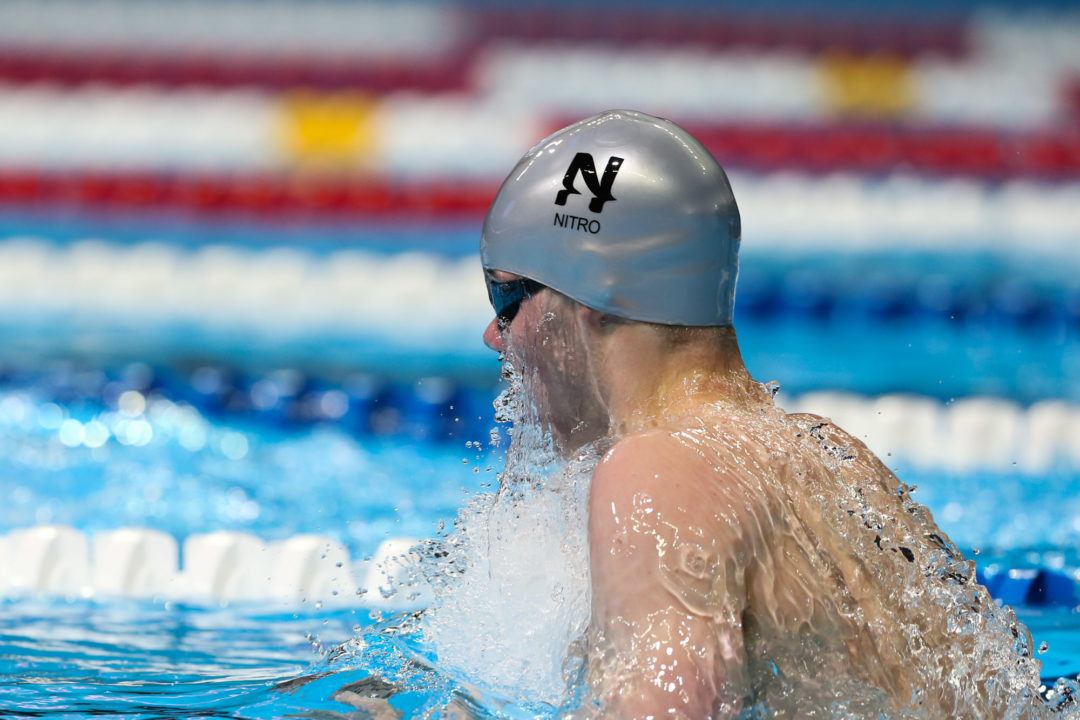 On the Thursday I arrived, Nitro's National group had a classic test set: 9 x 100 @ 7:00. Although that's not quite what ended up being the case

I visited Nitro Swim Club in Austin, Texas. They’re a massive club that’s only been in existence for a decade, and the talent they produce reflects their philosophy they stand by. On the Thursday I arrived, their National group had a classic test set: 9 x 100 @ 7:00. Although that’s not quite what ended up being the case.

Coach Isaac (coach seen throughout the video) Sent the first group into the 2nd 100 on 5:00 in stead of 7:00. Once he realized that, he didn’t falter one bit. He merely changed the set to:

One thing that really stood out to me from a coaches perspective about Isaac’s workout was that for warm up and warm down, he had stock sets he used that the kids already knew. So instead of taking 3-7 minutes to explain each set they were doing, he would just call out a name like “code blue” and the kids immediately knew what they were doing next.

Way to go Isaac, looks great! You still owe me a pizza

Nice job putting the video together. Loved the questions and talk with the coach, loved seeing what the swimmers did and how they performed in the workout. Got a nice general sense of everything going on.