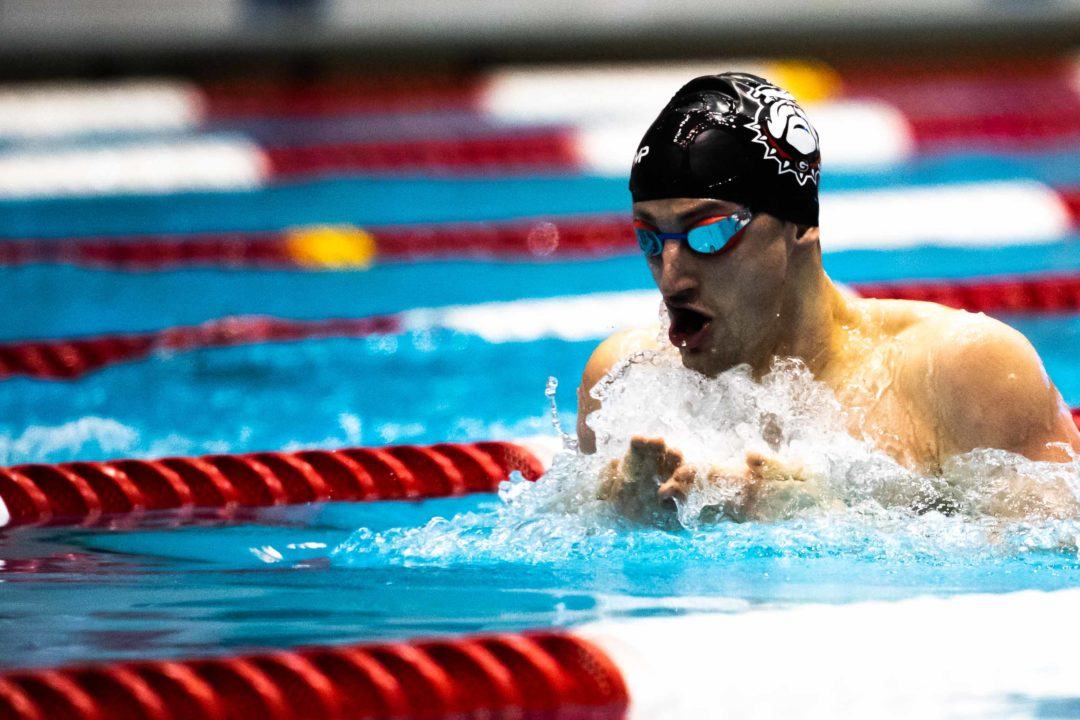 On Wednesday morning, you can find UGA splitting into 4 different stroke groups and working seemingly almost every aspect of the stroke Current photo via Mike Lewis/Ola Vista Photography

The Southeast Pancake Tour 2019 continues in Athens, Georgia, where the Bulldogs are hard at work in the middle of January. On a Wednesday morning, you can find UGA splitting into 4 different stroke groups (fly, back, breast, free) and working seemingly almost every aspect of the stroke. I split my time between the fly and breast groups, both of which were doing things I had certainly never seen before.

The breaststroke group started with some vertical kick after warm up, which I appreciated because that was a big part of my training when I swam but I don’t feel like you see quite as much of it now. They then went into 8×200 negative split with paddles and fins, where you can see the showdown between postgrads Nic Fink, Andrew Wilson, Jay Litherland, and freshman Andrew Abruzzo. They did some underwater work following that, and put the paddles back on to go some head up breaststroke, working tempo on the last 25. They finished with a few starts and breakouts, successfully working their way down from morem aerobic work to some serious speed.

On the other side of the pool in fly group, the focus was on the first few strokes. They had buckets on one station, and hooked up to bands in another and worked their “0” kick, which is however many kicks a swimmer wants to take off of every wall in a race. With the added resistance, it forces the swimmer to work the kick through the breakout, which many flyers struggle with. They put a rope in the middle of the pool and worked underwaters after that, as well as underwater turns after that. The best drill they did, by far, was Bobs. Every swimmers dream drill, bobs were essentially jumping up from the bottom of the pool and going back down, thinking about body line and hand position while doing so.

We finished the morning at the humble abode of Chef Olivia Smoliga, who wasn’t even at the workout (she doesn’t practice on Wednesday mornings, although she did have a weight workout) but was kind enough to give a demonstration of her world famous waffle maker.

Where was Chase for breakfast at Olivia’s?

A birdy told me that they do

100 back final at trials is gonna be brutal

I liked these videos more when you shared the workout details more. (ie- snapshots of the practices themselves) It makes it more interesting to have better context when watching them.

Yes I liked this but maybe add more practice details. Us swim nerds love to see what elite athletes do as sets