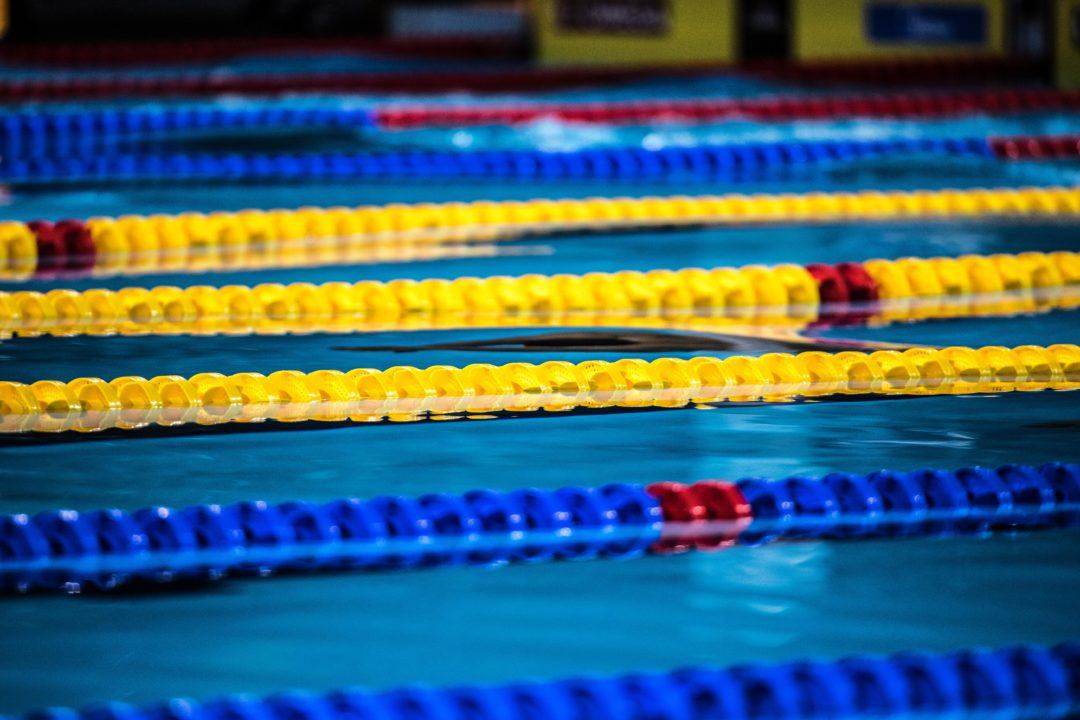 The meet also featured a pair of siblings winning medals, including Josh and Claire Roper, both of whom won two events at the meet. Stock photo via Mike Lewis/Ola Vista Photography

Defending their titles from last year, the girls of the Episcopal School of Acadiana and the boys from Pope John Paul II rose to the top at the LHSAA Division 4 Championships to claim the state titles.

In a battle that go back and forth the entire meet, Pope John Paul II narrowly edged out Acadiana in the 200 medley relay to start the meet. The relay team of Taylor Frick, Mady Hill, Brooke LeBreton, and Lizzie Kelly combined to post a final time of 1:58.18. The same quartet came together again to win the state title in the 200 free relay, finishing in 1:45.13. Acadiana also took second in that race, stopping the clock at 1:49.01.

Calvary Baptist’s Claire Roper was a two-event winner on the day, taking the title in both the 200 IM and 100 back. Roper started her day off by easily leading the field in the 200 IM, touching seven seconds ahead of the runner-up in the event with a time of 2:17.11. Brooke Gill, who posted the top seed during prelims and was the state champion in the event as a freshman last year, was disqualified during the finals of the event. The 100 back also featured both Roper and Gill, with Roper narrowly getting the win. After falling half of a second behind during the first 50, Roper out split Gill by over a second over the back half of the race to win in 58.84. Gill was the 2021 state champion in the event, having won in 1:01.05 last year.

Joining Roper as a multiple-event winner on the day was Mady Hill, a sophomore from Pope John Paul II. After helping her school win the 200 medley relay to start the meet, Hill defended her title in the 50 free, leading the event by over a second in a time of 24.32. She followed that swim with a dominant performance in the 100 fly, finishing as the only swimmer under 1:00 with a time of 58.34. Hill was also a two-event winner her freshman year, claiming gold in both the 50 free and 100 free. The 100 free title this year went to 2021 runner-up Anna Chelette of Holy Savior Menard. Chelette finished in 56.50.

The Pope John Paul II boys started and ended the meet with wins, claiming gold in the 200 medley and 400 free relays. In the 200 medley, it was Owen Campbell, Wyatt Combs, Eric Ring, and Ben Legnon who combined for the win, finishing in 1:43.01. The team sat in second at the 150 mark, with anchor Ben Legnon out splitting Calvary Baptist’s final swimmer to claim first by over a second. In the 400 free relay, Legnon was replaced by freshman Cole Hutson, with the team finishing in 3:29.10. The relay posted the top-4 splits in the field,

Adding to his pair of relay wins, freshman Eric Ring was also a two-event individual winner. In the first individual of the day, Ring took half of a second off of his previous lifetime best, finishing in 1:44.18 for the gold medal. He followed that win by narrowly missing his lifetime best in the 500 free. Winning by over thirty seconds, Ring stopped the clock at 4:40.40.

The meet also featured a pair of first and second finishes from brothers Zach and Sam Ponder, with Zach Ponder coming out on top both times. Zach, a junior, first beat his freshman brother in the 200 IM, with Zach finishing in 1:57.13 and Sam taking second in 2:08.54. The siblings faced off again in the 100 back, with Zach coming away in 53.29 and Sam touching in 56.16.

Joining his sister as a double event winner, Josh Roper swept the sprint freestyle events. After taking third in the 200 free and fifth in the 100 free last year as a junior, Roper came back in his final year to claim the state title in the 50 and 100 freestyles. He started his meet by swimming to a lifetime best in the 50 free, narrowly missing the 22-second barrier by finishing in 22.02. He followed that performance with second lifetime best, finishing over a second ahead of the field in the 100 free with a time of 48.58.

The Ponder brothers and Josh Roper were joined by Eli Haase in the 200 free relay to claim the state title. The team finished in 1:33.66, over and eight and a half seconds clear of the field.

Only an 8th grader, Camdyn Napper of Camdyn Napper claimed two individual event titles in his first state meet. He started his meet by posting the top time in 100 fly, finishing in 56.32. The event came down to the wire, with Napper holding off a charging Wyatt Combs over the final 25 yards. Combs finished in 56.48.

Napper followed the 100 fly by picking up his second gold medal in the 100 breast. He led the race from start to finish, stopping the clock at 1:03.27.