Pop Quiz: How Well Do You Know Your American Swimming Sprinters? 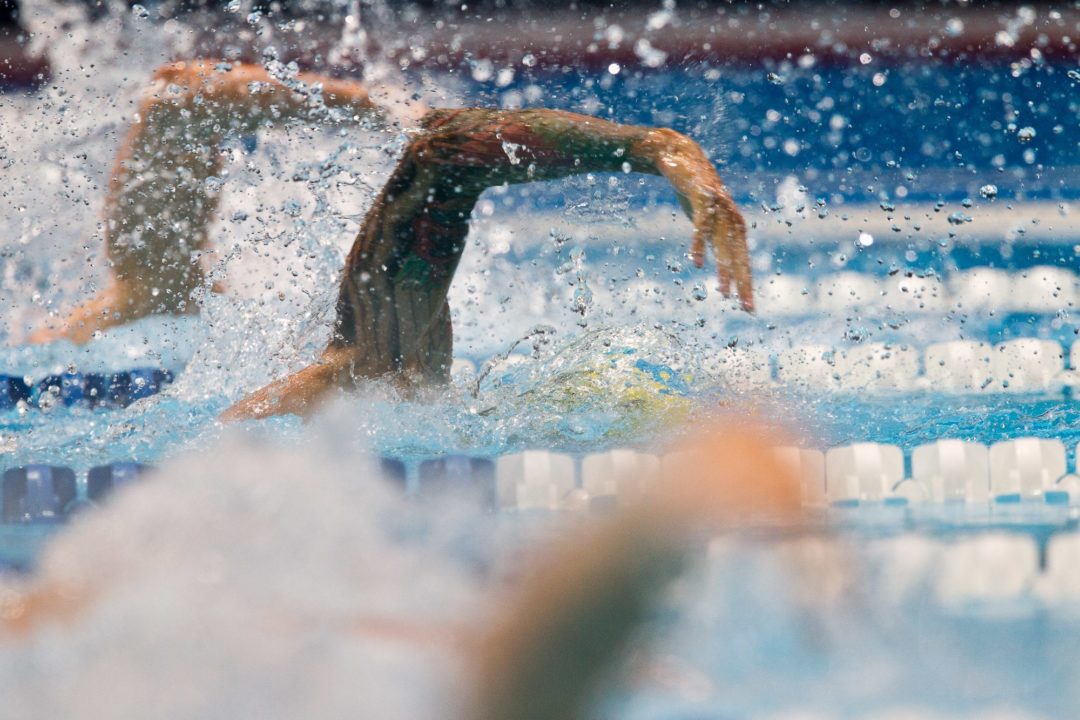 Quiz time! Test your knowledge of past and present American sprinters with this 10-question quiz. Current photo via Tim Binning/TheSwimPictures.com

Pencils out! Cell phones away! It’s quiz time! And no Googling answers! This test will make up 42.5% of your final mark.

1. This 2008 National High School swimmer of the year anchored the silver medal winning 4x100m freestyle relay last year at Worlds. Although disappointed, he bounced back hard in his individual event, swimming a 47.82 to set a new personal best time and claim a second silver medal.

2. This athlete has been again making news recently – although not of the swimming variety – and is one of the most successful female American sprinters of all time, winning six Olympic golds, including two individual golds and two relay golds in 1996. She was known for her intimidation tactics before races which included spitting into her competitor’s lane.

3. Also known for his pre-race antics, which included shadow boxing and flexing, this sprinter would become a spokesman and ambassador for diabetes awareness, while also churning his way to 10 Olympic medals over three different Games. Sprinting came naturally to this swimmer, as his father was also a three-time Olympian.

4. A member of the International Swimming Hall of Fame, this swimmer broke the world record in the 50m freestyle six different times over a career that also saw him win 7 Olympic medals, including 5 golds.

5. Matt Biondi was designated this nickname in the run up to the 1988 Seoul Olympics:

a. The Berkeley Cruise Missile

b. The California Condor

6. This female sprinter has competed under the banners of the Bolles School, Auburn University, and most recently with David Marsh at SwimMAC. She currently holds the 8th fastest time in the world for the 50m freestyle.

7. With his career spanning four Olympics what is perhaps most impressive is that he trained completely on his own during his last few years of swimming, including over his last two Olympic Games performances.

8. This 3-time Olympian has kept herself busy outside of the pool, making appearances on Iron Chef America, Dancing with the Stars, and the Sports Illustrated Swimsuit Issue.

10. This up-and-comer is part of a 1-2 sprint freestyle punch that will be tearing up the NCAA’s next year for the Stanford Cardinal. She also posted the fastest ever 50m freestyle for 17-18 year olds by swimming a 21.70 earlier this spring.

How Many Did You Get Right?

6-9: Got room for improvement.

1-5: Time to bone up on your sprint history.

0: You are clearly a distance swimmer.

Damn, so did I. But, to be fair, I wasn’t very alive for the Jager/Biondi time period.

Coughlin is a 3 time Olympian not 4!

Great quiz. I beg to differ on question #7. The question about who was the swimmer who swam “completely on his own during his last few years of swimming and including over his last two Olympic Games performances”, and the answer was Jason Lezak. I think that his last two Olymics were 2008 & 2012. He seemed to be attached to Rose Bowl Aquatics during much of that time as he is listed as holding 7 team records for Rose Bowl from December 2007 through December of 2010. Perhaps he went unattached or worked out on his own in 2011 as he approached the 2012 games.

while he is attached, its been documented and he will say that he trained on his own. Bud Greenspans 2008 Olympic documentary is REALLY good go watch that.