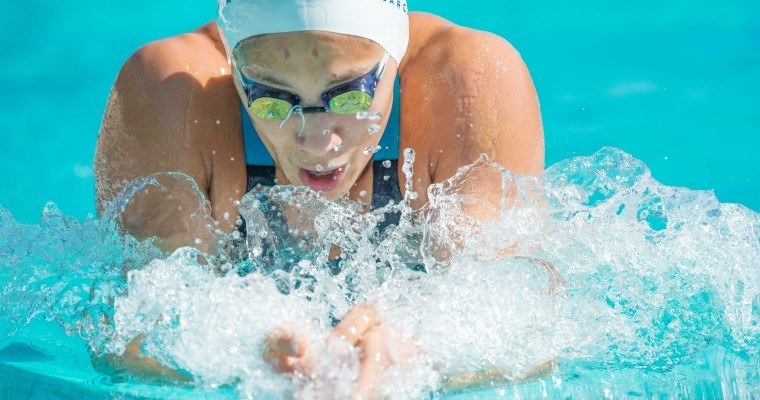 Micah Lawrence (featured image): “I’m so honored to be joining my training partners as part of Team Speedo. Ryan and Cullen have shown me what can be achieved with the brand’s backing, and I’m excited to be on board.” Current photo via Mike Lewis/Ola Vista Photography

“Team Speedo is pleased to announce the addition of these three talented swimmers,” said Jim Gerson, President of SPEEDO USA. “Maya, Micah and Shannon are already very accomplished swimmers in their respective specialties. We see great things in their futures and we are proud to partner with each of them on the road to Rio and beyond.”

DiRado, a versatile 21-year-old swimmer from Santa Rosa, Calif., narrowly missed the London Games finishing fourth in both the 200m and 400m individual medleys at the 2012 U.S. Olympic Team Trials. In 2013, she made her mark on the international stage as part of the gold medal-winning 800m free relay at the FINA World Championships in Barcelona. A recent graduate of Stanford University, DiRado had a stellar collegiate swim career, earning two NCAA Championship titles this year in the 200m and 400m individual medleys. She will continue to train at Stanford as part of Stanford Aquatics.

“I’m really proud of my collegiate swim career and am very exciting to now turn pro,” said DiRado. “My eyes are set on Rio and I’m so glad to have Speedo, the industry leader, as a partner while I work to attain my goals.”

Lawrence, a breaststroker from Pflugerville, Texas, qualified for the 2012 Olympic team by finishing second in the 200m breast at the U.S. Olympic Team Trials. At the 2013 FINA World Championships, she earned a bronze medal in the 200m breast. The 23-year-old Queens University graduate currently lives in Charlotte, N.C. and trains with now-fellow Team Speedo swimmers Ryan Lochte and Cullen Jones under long-time Speedo Advisory Coach David Marsh as part of the SwimMAC team at the Mecklenburg Aquatic Center.

“I’m so honored to be joining my training partners as part of Team Speedo,” said Lawrence. “Ryan and Cullen have shown me what can be achieved with the brand’s backing, and I’m excited to be on board.”

Vreeland, rising freestyle star from Overland Park, Kan., made her Olympic debut in London as part of the 800m free relay team, winning gold and setting a new Olympic record (7:42.92) in the thrilling final. She qualified for the 2012 Olympic team by placing fifth in the 200m free at the U.S. Olympic Team Trials. Now a key member of the U.S. relay squad, Vreeland also won gold medals in all three relays at the 2013 FINA World Championships. The 22-year-old recently graduated from the University of Georgia where she had a strong collegiate career for the Bulldogs. She’ll continue to train in Athens under decorated coach Jack Bauerle.

“I am really excited to be a part of the Speedo family,” said Vreeland. “Having the brand’s vote of confidence as I start my professional career means so much.”

Happy to see Maya continue swimming after college and turn pro. 🙂
She wasn’t sure a few months ago.
http://pac-12.com/article/2014/02/28/stanford-swimmer-maya-dirado-reflects-career-contemplates-future
Hopefully Beisel and DiRado will push each other to break that 4.30 barrier in the 400 IM.
😎