Villanova Swimming and Diving Announces 20 To Class Of 2018 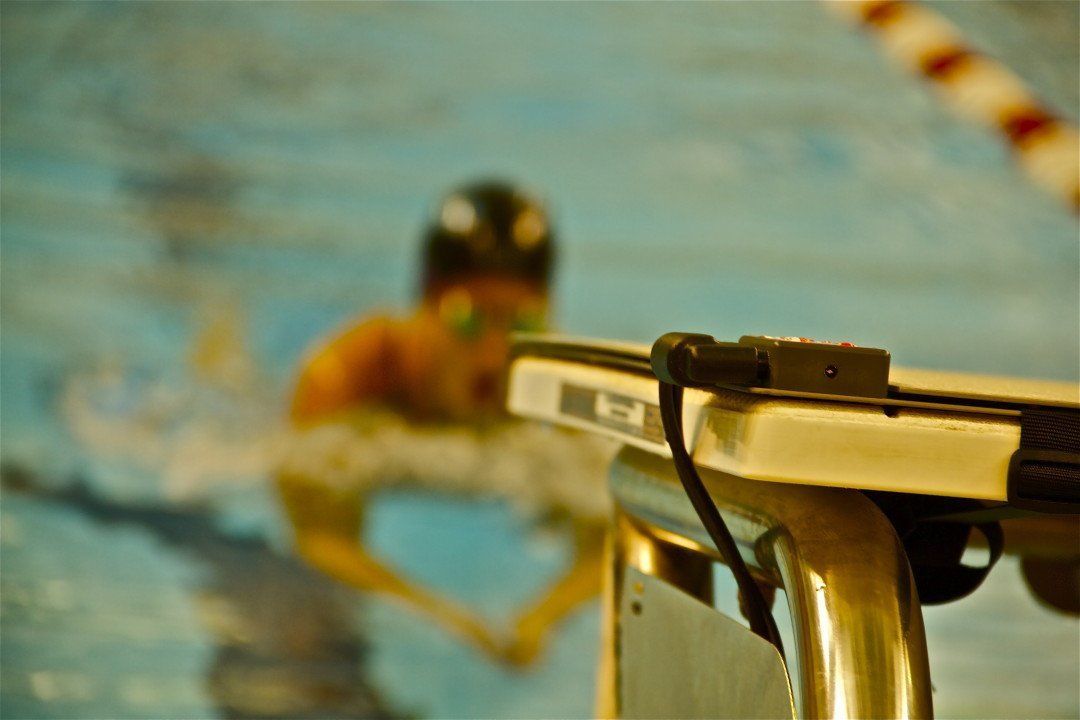 “We are thrilled and excited to welcome such a diverse and deep incoming class to our program,” said Simpson. “We are coming off a small graduating class, so with the addition of 10 men and 10 women, we are anticipating some major strides in the development of both teams this year. This will be one of the strongest, and certainly the deepest, programs we have had in my tenure here at Villanova. The depth and speed of this class will help us top off some of our relays and individual events that may have been left thin due to graduation.”

WOMEN’S TEAM
Olivia Cacciatore
Rockford, Ill./Belvidere North
Breaststroke/Butterfly/Individual Medley
Cacciatore is a 2014 Illinois All-State member and is a two-time Scholastic All-American. She was an NCSA Junior Nationals qualifier and a USA Swimming Summer Sectional finalist. Cacciatore has been an IHSA State qualifier and a NIC-10 All-Conference member three times each. She is an 11-time Conference Champion at Belvidere North, and a seven-time Sectional Champion. Cacciatore also swims for Rockford Marlins Swim Club. The Rockford, Ill., native swims short distance and holds a top time of 57.38 in the 100 fly and a 1:05.28 in the 100 breaststroke.

Caitlin Daday
Allentown, Pa./Allentown Central Catholic
Freestyle/Backstroke
Daday is a two-time USA Swimming Scholastic All-American. She was a qualifier for the Speedo Summer Juniors and was a USA Swimming Open Water Nationals participant. Daday served as an athlete representative for the 2013 USAS Convention and for the Middle Atlantic Swimming Board of Directors. She also swims for Parkland Aquatic Club. Daday is a mid- and long-distance swimmer and holds a 1:53.68 top time in the 200 freestyle and a 2:04.99 in the 200 backstroke.

Gabrielle Daigneault
St. Louis, Mo./William H. Hall/Kuper Academy/Dawson College
Freestyle/Individual MedleyDaigneault competed on Team Quebec in the 2013 Canada Games and was a participant in the 2013 Speedo Eastern Canadian Championships. Daigneault set two Class LL state records in Connecticut as a sophomore in 2012 in the 500 freestyle and 200 IM and was named an All-American. Daigneault was also an All-State swimmer and was named the Hartford Current’s Swimmer of the Year. She also competed for Pointe-Claire Swim Club and SoNoCo Aquatics. A mid- to long-distance swimmer, Daigneault holds a top time of 1:50.90 in the 200 freestyle and a 2:03.55 in the 200 IM. She is an honors student and a recipient of the Spanish Honors Award.

Hannah de Freitas
Staten Island, N.Y./Staten Island Technical
Breaststroke/Individual Medley
De Freitas has been a Metropolitan Top 10 swimmer since 2012 and is a member of the Wagner Aquatic Club. She is also a National Honor Society member. She holds a 1:06.91 in the 100 breaststroke, 2:24.94 in the 200 breast and 4:41.71 in the 400 IM.

Laura Garcia
Potomac, Md./Stone Ridge
Butterfly/Backstroke/Individual Medley
Garcia was recognized with a PVS Scholar Athlete Award. Garcia earned honors as a 2013-14 National Hispanic Recognition Program Scholar. She was named her team’s MVP in 2011. Garcia also swims for All Star Aquatics. She is a short and mid-distance swimmer with a 57.07 in the 100 butterfly and a 1:00.15 in the 100 backstroke.

Heather Farley
Mendota Heights, Minn./Visitation High School
Breaststroke
Farley is a four-time All-State swimmer and a three-time All-American. She competed in the 2013 NCSA Junior National Championships and the 2013 Speedo Champions Series in breaststroke. Farley was twice named the captain of her high school team and also swam for Blackline Aquatics. She was a member of the Class A State Championship swim team. The Mendota Heights, Minn., native specializes in short to mid-distance breaststroke including the 50 (28.64), 100 (1:02.78) and 200 (2:23.07). A dual-sport athlete in high school, she was named to the All-Conference team and was a team captain in softball. Farley has earned high honor roll throughout high school and was an Academic All-American in both swimming and softball.

Sara Nicolosi
Danville, Calif./Monte Vista
Backstroke/Butterfly/Individual Medley
Nicolosi is a four-year varsity letterwinner and was a senior captain for Monte Vista. She placed first in the 200 IM consolation final in 2013 at the North Coast Section Championship Meet. Nicolosi is also a four-year honor roll member. She holds top times of 2:08.15 in the 200 fly, 2:06.70 in the 200 back, 2:07.29 in the 200 IM and 4:32.50 in the 400 IM.

Mackenzie Niness
Sutton, Mass./Notre Dame Academy – Worcester
Butterfly/Backstroke/Individual Medley
Niness was named a Scholastic All-American in 2012 and 2013. She earned the Coach’s Award in 2012 and was named a Worcester Telegram and Gazette All-Star in the same year. Niness is also a member of the Crimson Aquatics club team. She swims short and mid-distance and holds a 56.81 100 butterfly time and a 2:02.65 in the 200 backstroke.

Christine Sullivan
Charlotte, N.C./Charlotte Catholic
Freestyle/Butterfly/Individual Medley
Sullivan is an All-American in the 200 freestyle relay. She holds the Charlotte Catholic school record in the 500 freestyle and was named to the Charlotte Observer First Team in the event. Sullivan’s high school team won the 3A State Championship in 2011, 2012 and 2013, and the 4A State Championship in 2014. The Charlotte, N.C., native was a 2014 ESSZ Speedo Championship Series finalist in the 200 fly, 200 and 500 free and 200 and 400 IM. She also swims for SwimMAC Carolina. Sullivan is a versatile swimmer, competing in every distance range and almost every event. She holds a top time of 4:57.82 in the 500 freestyle and a 2:06.66 in the 200 IM. She won the 2014 Sportsmanship Award at her high school. Sullivan was an honors and AP student at Charlotte Catholic and a USA Swimming Scholastic All-American.

Jake Hoin
Fairfield, Conn./Fairfield College Preparatory
Breaststroke/Butterfly/Freestyle
Hoin competed at the 2014 YMCA Short Course National Championship in April and at the 2013 Speedo Champions Series. He also swam at the 2013 YMCA National Championship and the 2013 Connecticut Boys Open Championships. He was elected the Most Improved Swimmer in 2012 at Fairfield College Prep and earned the 2014 Andrew Sawyer Memorial Award for the Westport Weston Family YMCA club team, given to the graduating senior who best displays team spirit, commitment and dedication.

Daniel Kracke
Marlboro, N.J./Colts Neck
Freestyle
Kracke is a short distance swimmer out of Colts Neck and Freehold-Old Bridge YMCA/Red Bant YMCA clubs. He was a four-year varsity letterwinner and a team captain. He was Colts Neck’s highest point scorer on the team. Kracke holds a 22.08 in the 50 freestyle and 48.87 in the 100 free. His older brother, JV, swam at Villanova.

John Paul Naughton
San Francisco, Calif./Saint Ignatius College Prep
Freestyle
Naughton is an All-American in the 200 freestyle relay. He swam under coach Jordan Wood at Saint Ignatius and as a member of the FOG City Hammerheads. Naughton holds top tomes of 48.34 in the 100 freestyle, 1:43.22 in the 200 free and 4:45.51 in the 500 free.

Tyler Nussbaum
Oyster Bay, N.Y./Chaminade
Backstroke/Freestyle/Individual Medley
Nussbaum is coming off winning the team’s MVP award at Chaminade. He also competed for the Long Island Aquatic Club. Nussbaum holds a 52.91 in the 100 back and a 1:54.45 in the 200 IM.

Axel Reed
Coto de Caza, Calif./Santa Margarita Catholic High School
Butterfly/Backstroke/Individual Medley
Reed was a four-year varsity member at Santa Margarita and also swam for the Coto Coyotes club team. He is an Academic All-American and holds a school record in the 4×50 backstroke relay and 4×50 butterfly relay. Reed was a team captain his season year and earned the Academic Swimmer Award three times. He was elected most improved on the team in 2012 and garnered the Junior Swimmer Award in 2013. The Coto de Caza, Calif., native was a Trinity League finalist all four years and a CIF-SS Division I qualifier. Outside the pool, Reed was a co-president and member of the Junior Board of Directors for the Jessie Rees Foundation and participated in Model United Nations.

Andrew Stotesbery
Greenwich, Conn./Greenwich
Backstroke/Breaststroke/Butterfly/Freestyle/Individual Medley
Stotesbery is a three-time state champion and a four-year varsity letterwinner. He made the All-County team three times and All-State once. Stotesbery also competed for the Greenwich YMCA Dolphins. He is a versatile swimmer and has competed in each discipline and holds a 52.60 in the 100 fly and a 1:56.09 in the 200 IM.

John Tonna
Huntington, N.Y./St. Anthony’s
Backstroke/Freestyle
Tonna was a four-year varsity swimmer at St. Anthony’s and also swam for Half Hollow Hills Swim Club on Team Suffolk. He is a two-time New York State Championship winner and two-time NCSA Junior National swimmer. With Team Suffolk, Tonna broke the team and Metro record in the 400 medley relay and the team record in the 200 freestyle relay. He served as a team captain at St. Anthony’s his senior season and is a member of the National Honor Society.

Logan Ziegler
Mechanicsville, Va./Maggie L. Walker Governor’s School
Breaststroke/Freestyle/Individual Medley
Ziegler is an All-Metro, VSHL State qualifier and NCSA Jr. National qualifier. He also competed for Burkwood Aquatic Club. Ziegler is a member of the National Honor Society and a National Scholastic Art and Writing Gold Key and Silver Key award winner. He holds top times of 22.24 in the 500 free, 58.78 in the 100 breast, 2:11.13 in the 200 breast and 1:57.83 in the 200 IM.