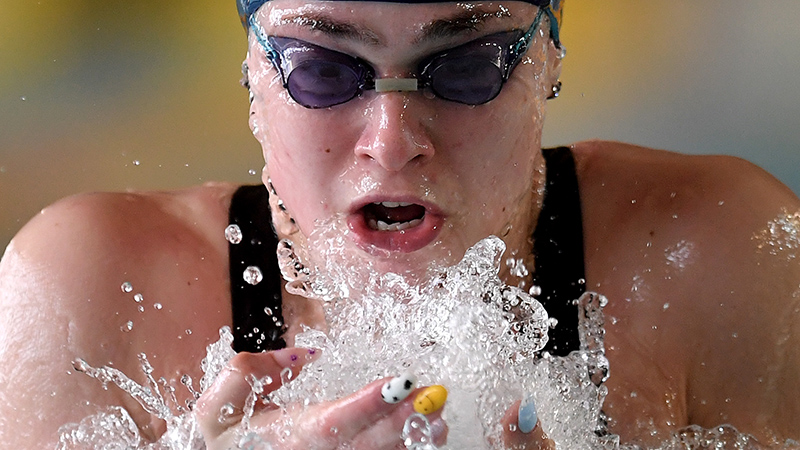 Swimming a 29.62, Pilato came just .01 off of her own Italian and World Junior record of 29.61 from December, which made her the #4 performer in history. Current photo via Andrea Staccioli/Deepbluemedia/Insidefoto

The last session of prelims in Riccione was a quick one, with a couple of non-Olympic 50s of stroke, slower heats of the 1500 free and the 200 IM prelims.

Benedetta Pilato might have lost the 100 breast last night in an emotional race with Martina Carraro and Arianna Castiglioni, but she was a force this morning in the 50 breast prelims. Swimming the top time of 29.62, Pilato came just a single hundredth shy of her own Italian and World Junior record of 29.61 from December, which made her the #4 performer in history.

Castiglioni was second in 30.57, ahead of Carraro’s 30.70. They now all rank within the world top-five this season, and after they all dropped time from prelims to finals, they could move to the top three spots on the globe this season in the final.

Pirovano’s best is a 2:13.21 and Cusinato’s a 2:10.25, both from 2018. Cusinato is the only one who has been faster than the Olympic cut out of the trio, and she’ll try to qualify tonight with Franceschi.

Alberto Razzetti led the men’s 200 IM prelims, going 2:02.04 ahead of five other men at 2:02s. The Italian Olympic team cut is a 1:58.09 which is Razzetti’s exact best time and the national record which he did last year. Based on his 200 fly runner-up performance a couple of nights ago, where he dropped a few tenths off of his lifetime best to go 1:56.10, an Olympic berth certainly seems possible this evening for him.