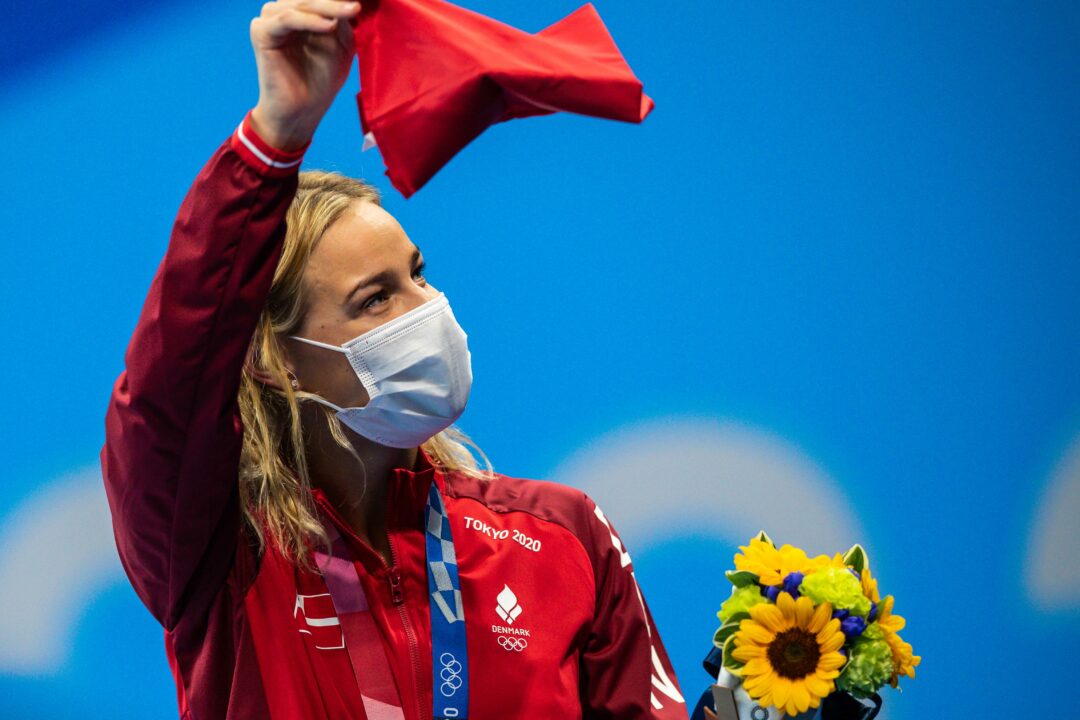 Olympic champion Blume has almost made it to the end of this season of "Vild med dans." She danced a slowfox to earn her spot among the 5 remaining teams. Archive photo via Jack Spitser/Spitser Photography

Three-time Olympian Pernille Blume kept up her momentum on the dance floor, earning the 3rd-highest score of the week on Danish dance show Vild med dans to advance to week 10.

Blume and her professional dance partner Morten Kjeldgaard performed a slow foxtrot to “I Dreamed You” by Anastacia.  They donned wedding attire for the continuous, flowy performance that made Blume look like she was floating across the stage.

They earned a score of 42 points from the judges, landing them right in the middle of the 6 remaining teams in 3rd place. The judges told Blume that she had great footwork but that she could have worked on her form.

With only 5 couples left, Blume is in contention to win this season. This is Kjeldgaard’s 10th time competing on Vild med dans and he won in 2016 with boxer Sarah Mahfoud. He was then runner-up in 2017 and 2019. Together, Blume and Kjeldgaard have earned the highest score of the week three times this season and have been at the top the majority of the time.

She really seems to be thriving in yet another field, incredible ! Is there anything she can’t do ?