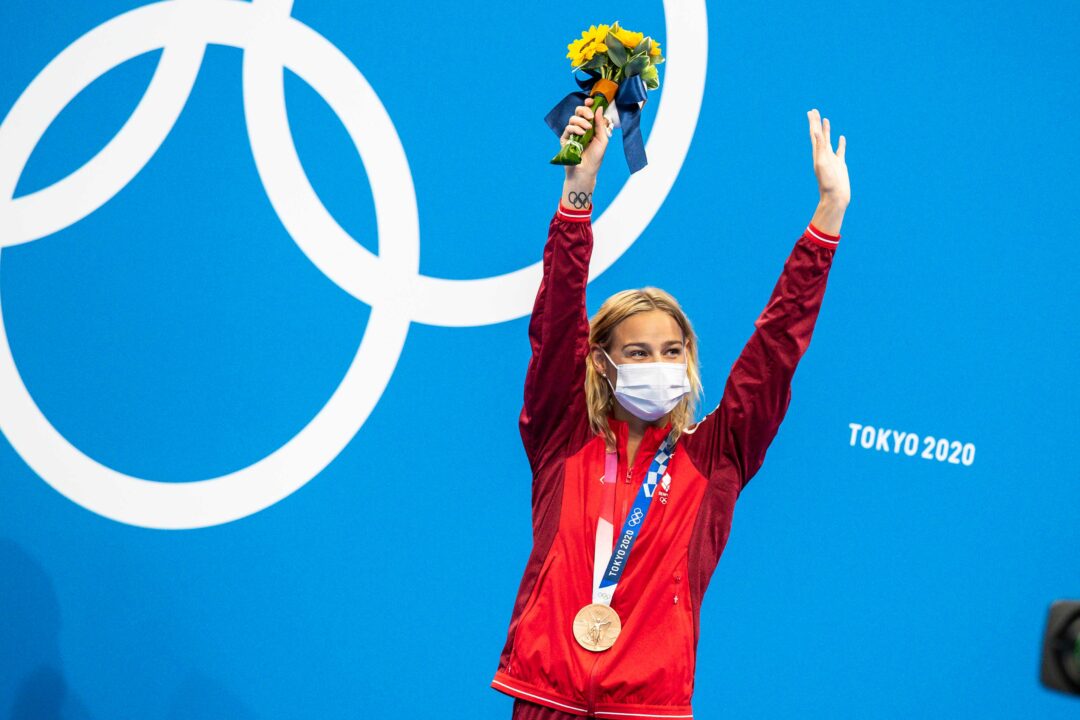 Blume and her professional dance partner Morten Kjeldgaard performed a jive to “Don’t Slack” by Anderson .Paak and Justin Timberlake. Their fast-paced dance earned 43 points from the judges who continued to praise the pair for complimenting each other well. Blume seemed comfortable in her dark, sparkling costume which emulated a swimsuit, plus sheer fabric draped over her shoulder and fringe placed around her hips.

Before their jive, Blume and Kjeldgaard had a team dance with baking TV star Micki Cheng, his dance partner Jenna Bagge, singer Jimilian Ismaili, and his partner Asta Björk Ivarsdottir. They danced barefoot to “Easy on Me” by Adele, the women wearing flowing white dresses and men wearing white long-sleeved shirts and black pants. The 6 of them earned the highest score of the team portion.

This was a star-studded dance team – Björk Ivarsdottir won in 2018 with singer Simon Stenspil and Bagge finished in 2nd place last season with actor Albert Rosin Harson. This is Kjeldgaard’s 10th time competing on Vild med dans and his first season was in 2009. He won in 2016 with boxer Sarah Mahfoud and was runner-up in 2017 and 2019.

Week eight’s episode of Vild med dans was dedicated to raising money for the Danish Cancer Society. In total, the show raised more than 2,930,500 dollars for the cancer research center.

I would give her a 10 just for turning up

Blume should dance in her racing suits. There, I said it.