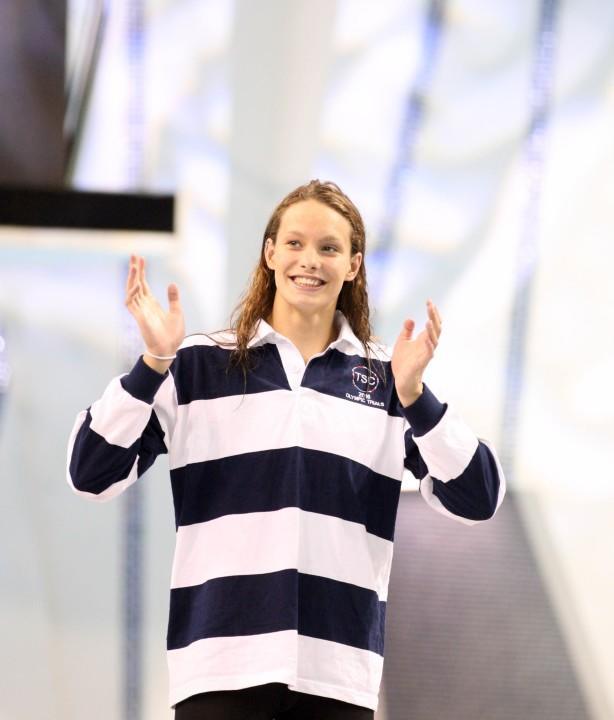 After already making the Olympic team in three events, rising 15-year-old swim star Penny Oleksiak will not be vying for a fourth individual event in Rio. Current photo via Chris Tanouye/www.christanouye.com

After already making the Olympic team in three events, rising 15-year-old swim star Penny Oleksiak will not be vying for a fourth individual event in Rio.

Oleksiak scratched from the 50m freestyle which would be her last individual event of the competition, thus ending her trials run with two individual wins and one silver in the 200m freestyle.

Chantal Van Landeghem is the top seed in the 50m freestyle with a time of 24.39, and her teammate Michelle Williams sits second. Both swimmers finished behind Oleksiak in the 100m freestyle last night with Van Landeghem earning an individual swim at the Olympics and Williams securing a relay spot.

Oleksiak was the 13th seed, although she’s proven this meet that she has speed in anything she can swim. Last night, Oleksiak’s 50-metre split on her 100 freestyle was faster than her personal best in the 50 free – and she touched on her feet.

The 2016 Olympic Games will be Oleksiak’s first senior international competition of her career.