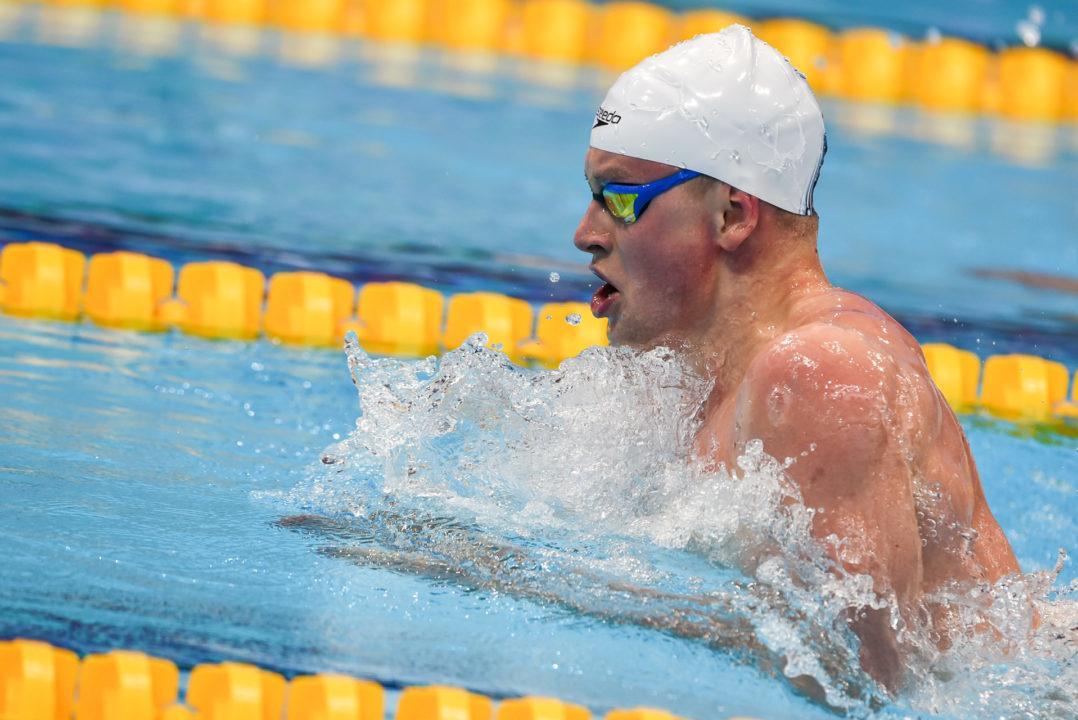 After cruising to the top seed in both the prelims and semi-finals with a pair of sub-59 second swims, it was hardly a question as to whether or not Adam Peaty would win or not, the real question was how fast would he go. Peaty showed his form is on point heading into the summer, breaking his own European Championship record in a blistering time of 58.36.

That is Peaty’s third fastest swim ever, as he has only been faster in the semi-finals at the 2015 World Championships (58.18) and the 2015 British Championships (57.92) when he broke the world record. Peaty’s previous Euro meet record was from the 2014 semi-final in Berlin when he posted the top time of 58.68, eventually winning the gold in 58.96.

Here’s a comparative look at the splits from Peaty’s current and previous Euro meet records, along with his world record swim.

Winning silver behind Peaty was his British teammate Ross Murdoch, and bronze went to Giedrius Titenis of Lithuania. Murdoch and Titenis finishing 2nd and 3rd makes the podium this year the exact same as it was two years ago in Berlin.

Peaty will compete in the 50 breaststroke later on in the week.