Pearson Wins Twice, Goes 1:54 in 200 Back On Final Night of Carlsbad Sectional 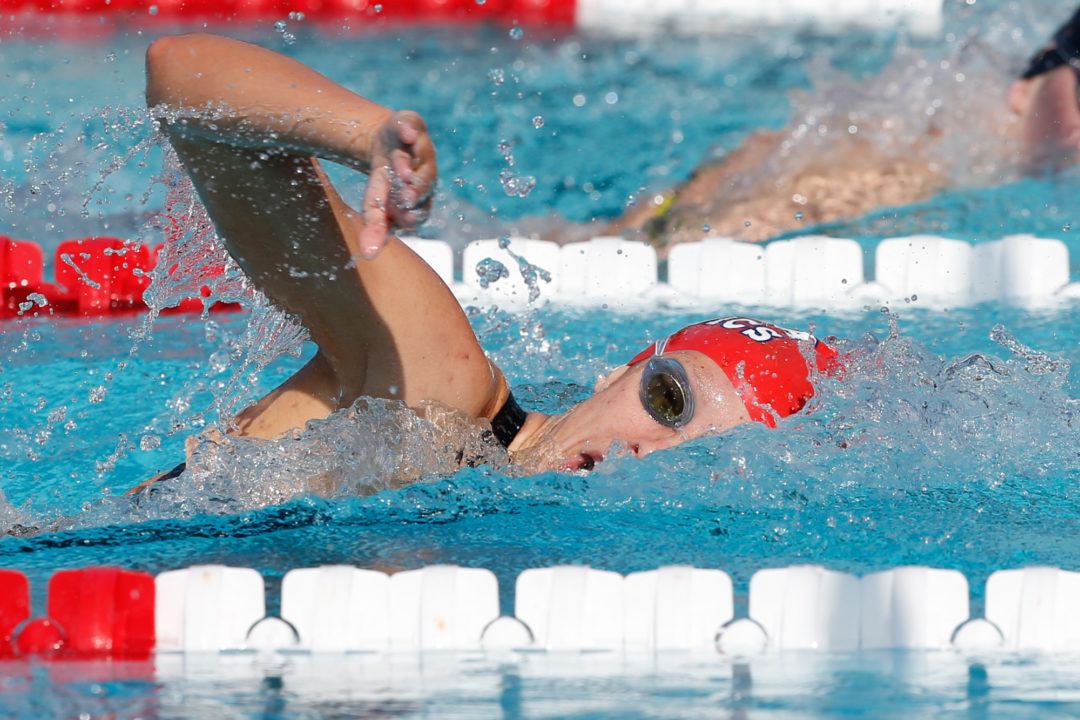 18-year-old Samantha Pearson won the 100 free and 200 back in back-to-back events Sunday, capping off the Carlsbad Sectional. Archive photo via Tim Binning/TheSwimPictures.com

18-year-old Samantha Pearson won the 100 free and 200 back in back-to-back events Sunday, capping off the Carlsbad Sectional.

Pearson, who swims for SOCAL Aquatics, smashed her personal best in the backstroke, going 1:54.83. Previously, she had been 1:56.74, though that best time was from December of 2017. Pearson also won the 100 free in 48.97, but was a tick faster (48.92) in prelims to shave a few hundredths from her personal best set at this meet last year.

Pearson is a Stanford signee for next year, and last spring, we ranked her among the top 30 or so recruits in her class nationally. She also led Socal to the women’s 400 free relay win on Sunday, splitting 48.91 on the end of a 3:24.39 relay.

It was yet another distance sweep for the Williams twins of Riverside Aquatics Association. Liberty Williams won the women’s 1650 free and Jude Williams the men’s 1000 free. The pair of 18-year-olds each swept the 500, 1000, and 1650 freestyles in Carlsbad. Liberty (a Louisville signee) was 16:33.96 in the mile, twelve seconds off her best. Jude (a Wisconsin signee) was 9:04.41, just about seven tenths off his best.