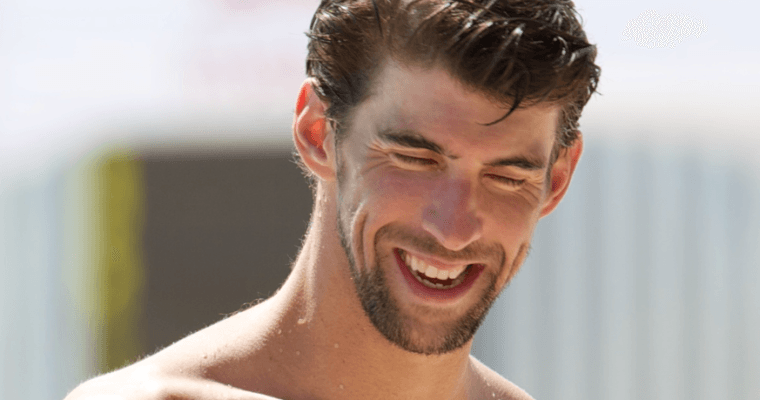 Michael Phelps will appear in the documentary centered around the relay that helped keep his bid for the most Olympic gold medals in one year alive. Current photo via “Rafael/Domeyko Photography”

Peacock, the streaming service owned by NBC, has announced that they will debut The Greatest Race, a documentary based on Michael Phelps, Garrett Weber-Gale, Cullen Jones, and Jason Lezak‘s historic 400 free relay from the 2008 Olympic Games, on June 10th.

The documentary will dive into what has become one of swimming’s most iconic moments, as Jason Lezak ran down Alain Bernard of France for the Olympic gold, keeping Phelps’ chances alive at breaking Mark Spitz’s record of the most gold medals at a single Games. 14-years later, Lezak’s split of 46.06 still stands as the fastest relay split ever.

The documentary will also Rowdy Gaines, who was a part of the commentary team that called the now-famous race. Gaines had to say of the documentary:

“My amazing partner Dan Hicks and I have called over 1000 swim races over seven Olympics, and this was quite simply the greatest swim race in Olympic history. It was truly an honor of a lifetime to be on the call and to be part of this look back on history being made.”

As well as Gaines, all four members of both the United States and French teams will take part in the documentary. The swimmers are set to break down the race, discuss the friendships and rivalries associated with it, and talk about the moments that surrounded the Games.

The Greatest Race documentary will join Peacock’s Countdown to Tokyo 2020 catalog, as the network expands it’s stable of sports documentaries. Among other documentaries on the streaming service, In Deep with Ryan Lochte and Michael Phelps: Medals, Memories and More, both revolve around some of swimming’s greatest athletes of all time.

My thoughts exactly 😂 i’m still gonna watch it though lol

That’s the point. If you are gonna watch it it then why not to make it. Each product has its own consumer 😀

I don’t need NBC to make a documentary about it, I just need them to make the original race footage available on YouTube again.

That version of the relay misses the entire reason the relay was so epic. Watching Lesak strategically and masterfully begin to catch Bernard – he drafts him then he drills down! catches and ultimately passed him! Bernard got psyched out! And went out out too fast. You can see him clam up! Lesak bided his time then touched him out!
The video you chose for this article missed all that! Instead focusing on Phelps shouting the F word! Don’t get me wrong I love Phelps but this was about Lesak who chased down Elian Bernard the guy who had heretofore, swam the fastest 100 m relay split on the planet!

Here it is on Vimeo

That was awesome! Again.

I hope interviewed Eamon Sullivan, too.

I mean I’m gonna watch it, but we’ve already seen countless descriptions from Lezak, Rowdy Gaines, and Phelps about the relay. Seems like they’re kinda milking it a bit

Reread the description in the article.

How 13 years later and this relay is still being milked dry for content. Honestly what more is there to say? I feel like we have heard everything short of what color socks they wore to the pool that day, and what exact menu item they ordered at McDonalds.

I wish they would do some coverage on historical American Olympic moments- maybe show full races and do play by play from the 80s and 90s.

I don’t know about footage from 96, but the footage from 84 and 88 is amazing. 84 was on film, and 88 was filmed using HD Cameras
* might be confusing 88 it with the winter Olympics in Japan.

Not a true swim fan

Dude, at some point I want to eat a different flavor of ice cream.

You can do that without posting about it on the internet.

he is free to post anything he feels to express . Remember , free speech is still one constitutional right .

Bernard never should’ve been the anchor. Bousquet had the NCAA relay experience and Leveaux had the relay splits. It was Bernard’s first real high pressure race since his eruption onto the world stage. Poor dude gets shit on all the time and it was a coaching blunder.

totally agree, anchoring is a totally different mindset. like a baseball closer vs a starting pitcher.

if lezak doesnt get a wave theres no way the US win, it was a rookie mistake

sticking close to the lay line was the rookie mistake , even with a 46.6

The way Bousquet made it sound on Hawke’s podcast, Bernard had a lot of input on getting switched to anchor.

bousquet and bernard were swapped at the last minute. bernard was supposed to swim second so he wouldn’t see his wr broken (he and sullivan had been trading the 50 free wr up to that point and sullivan was just 0.02 off the wr going into the race) and bousquet anchor since he was the most experienced member of the team. i heard this on either brett hawke’s podcast with bousquet or the olympic doco on the race (french perspective), maybe both? can’t quite remember.

of course, sullivan ended up smashing the wr which bernard saw before anchoring. if the order wasn’t changed, i’m sure france would have won since I have no doubt sullivan knocked bernard’s confidence (might have… Read more »

Anyone know the length of this documentary? Hard to see it being over an hour.

I would actually love to see this race with other country’s commentary. I’ve only seen it with the NBC commentary, which definitely distorts the experience. If anyone has seen this with BBC, Canadian, Australian, French or any other commentary. Please send.

not the same race, but here’s the australian commentary for another phelps race that has been talked about forever. with bruce mcavaney (olympic channel commentator from 2012). need an australian vpn

This is pretty cool, but as someone who’s been a swimmer for a while I feel like I’ve heard everything about this relay ten times over haha

From whom? Including what the French have to say? As well as all the participants?

nbc has covered the race to death, and the ioc uploaded a doco from the french perspective a few years ago: https://www.youtube.com/watch?v=kQNY5htc9_k

the edits are a bit wack but the interviews are good