Park Tae Hwan May Stay Out Of Gwangju Waters 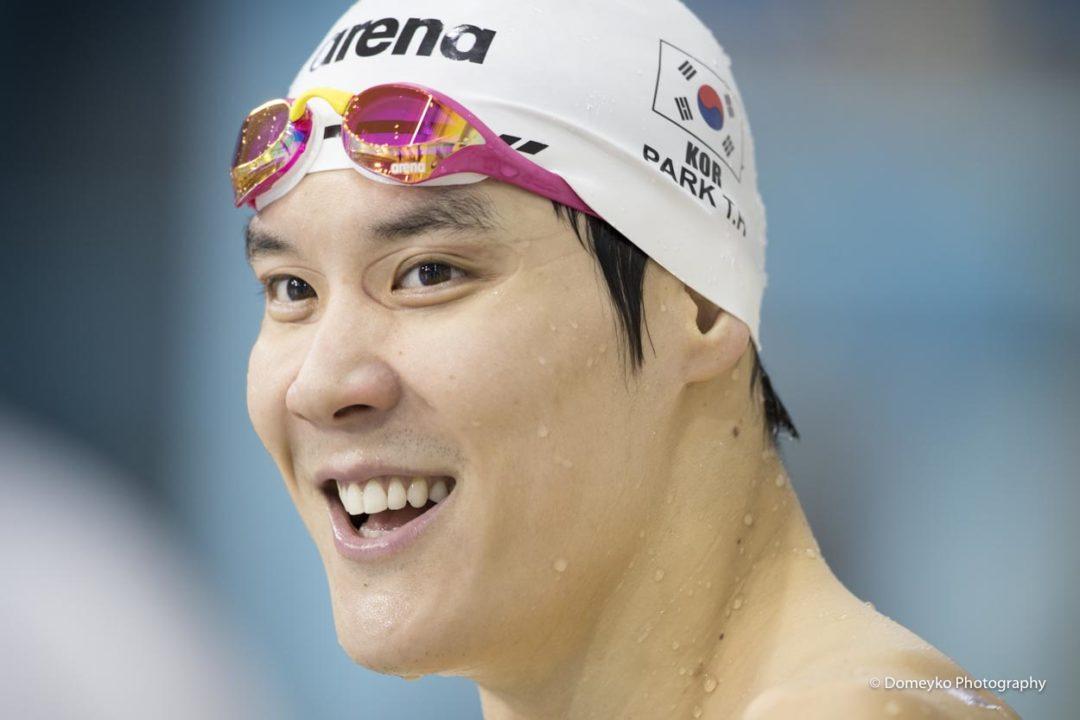 Korea's most successful swimmer of all-time, Park Tae Hwan, has been busy with his duties as an official ambassador for the 2019 World Championships taking place in his home nation. But, it's becoming more suggestive that a role outside the pool may be all that Park will be offering in Gwangju. Archive photo via “Rafael/Domeyko Photography”

Korea’s most successful swimmer of all-time, Park Tae Hwan, has been busy with his duties as an official ambassador for the 2019 World Championships taking place in his home nation. But, it’s becoming more suggestive that a role outside the pool may be all that Park will be offering in Gwangju.

The almost-30-year-old Olympic champion from 2008 is currently without a team, with his Incheon City Hall contract having not been renewed since it ended last year. Park has yet to establish another team-based training home. He told Nave Sport News earlier this year, “It was not that there was no offer, but it is not yet possible to find a new team and there is no current team.”

Despite winning triple gold at the 2016 Short Course World Championships, Park was unable to repeat the same gold medal status the following year at the long course edition. In Budapest, Park finished 4th in the 400m, 8th in the 200m and 9th in the 1500m freestyle races.

He opted out of the 2018 Asian Games, but made a haul at the Korean Championships last October. In addition to relay wins, Park topped the podium across the men’s 200m free and 400m free to race his way to a total of 5 gold medals on just 2 months’ worth of training. He finished 2018 ranked 11th in the world in the 400m freestyle.

The official statement from Park’s camp is that the swimmer has not decided on retirement.

Probably worth noting that he also failed a doping test a few years ago too?

Sad to admit but he’s probably past his prime now .. along with James Magnussen

He’s been past his prime for 6 years